This and That Political Cartoon Exhibition 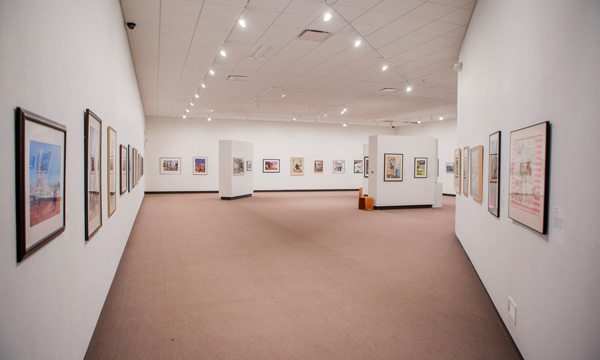 Just in time for the election season, This & That: Cartoons by Bob Palmer opens soon! Robert “Bob” Palmer was Springfield’s longest-working cartoonist, creating over 10,000 political cartoons for the Springfield News-Leader beginning in April 1953 through July 1991. Palmer was the last local cartoonist; since his retirement, the paper has moved to syndicated cartoons. His political cartoons poked fun at everyone from Springfield City Council members to Presidents Nixon and Reagan and covered issues ranging from peace negotiations in the Middle East to Springfield’s landfill concerns.

Palmer began his cartooning career in 1945 working as a ghost artist on Will Eisner’s comic strip The Spirit. He also drew political cartoons for the New York Daily News before moving to Springfield in 1953 to take over as in-house political cartoonist. He retired from the Springfield News-Leader in 1991 and passed away in 1999.

In 2008, Palmer’s family gifted the Museum over 1,000 original cartoons, first made for the News-Leader. An additional thirty cartoons were gifted in 2018. This treasure trove traces local, national, and worldwide issues covering eight U.S. presidents, seven Missouri governors, and numerous local personalities. See this special exhibition through November 29, 2020 in our Weisel and Kelly Galleries. This & That: Cartoons by Bob Palmer is generously underwritten by the Springfield Metropolitan Bar Foundation.