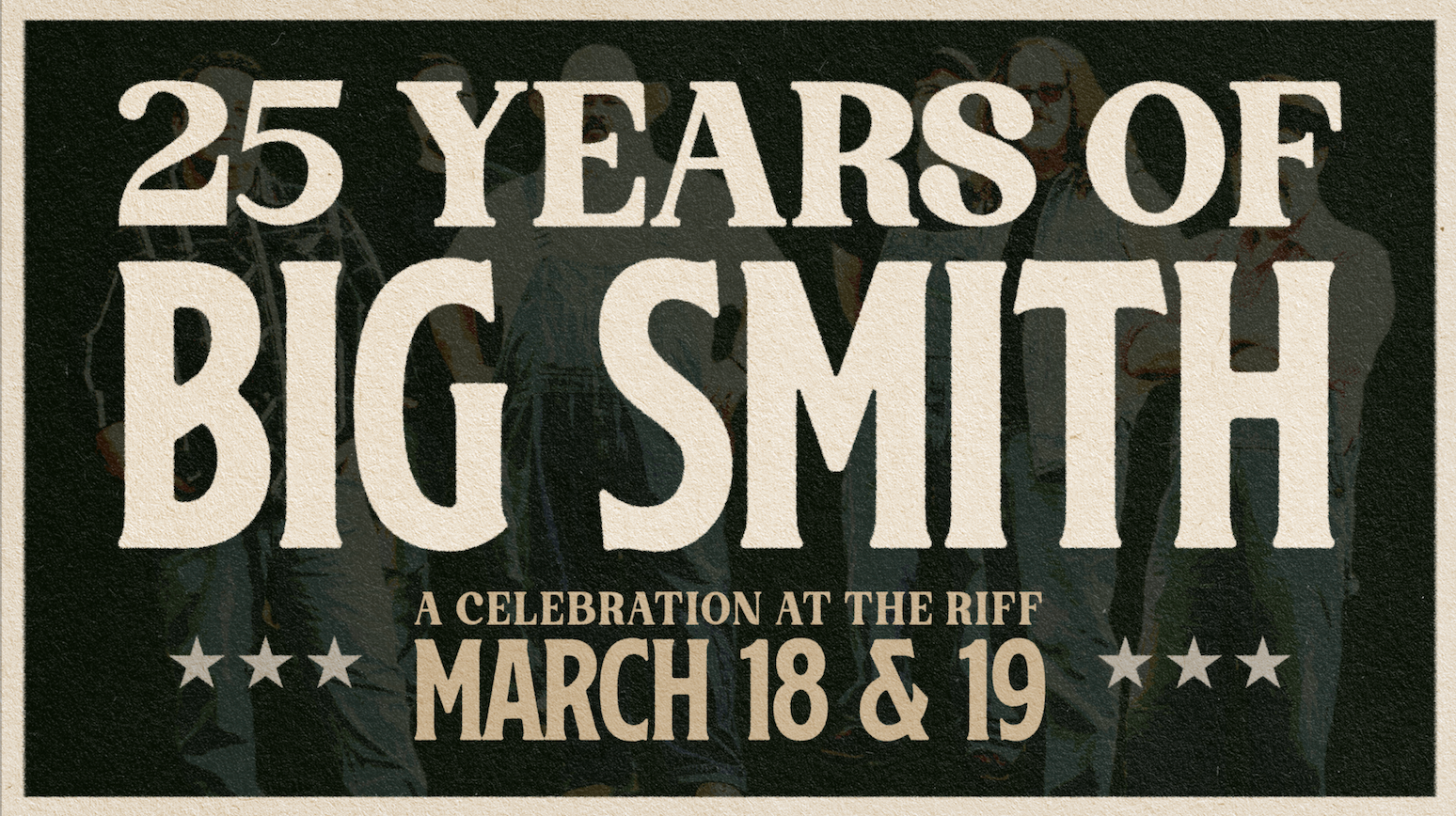 Big Smith is a band from Springfield, Missouri composed of five first cousins, including two pairs of brothers: Mark and Jody Bilyeu, Mike and Jay Williamson, and Rik Thomas. They assembled themselves over a series of downtown Springfield gigs in 1996 and emerged playing a patchwork of folk, hillbilly, bluegrass, honky-tonk, gospel, rock n’ roll, and Ozarks fiddle tunes, all sewn together with the unmistakable family harmony singing that is their collective birthright. Big Smith’s original songs evoke, celebrate, and when necessary, lovingly eviscerate their ancestral Ozarks, songs that have endeared them to devoted fans across the region. Their initial 16-year run saw them release seven albums, perform all over the United States, play a half-time show for 73,000 at an Arkansas-Alabama football game, break the merchandise sales record at the Country Rendezvous festival in Crappone, France, and even star as the subjects of the 2003 documentary film “Homemade Hillbilly Jam.” They hung up their work clothes in June of 2012, having played some 1,000 shows during their initial sixteen-year run. On December 31st, 2016 they re-emerged for a pair of celebrated sold-out New Year’s Eve shows at the historic Gillioz theater in their hometown of Springfield, then imagined as a one-off. But a year later they repeated the event, did it again in 2018, and have since settled in to performing not infrequently for their appreciative following at their best-loved venues in and around the Ozarks.