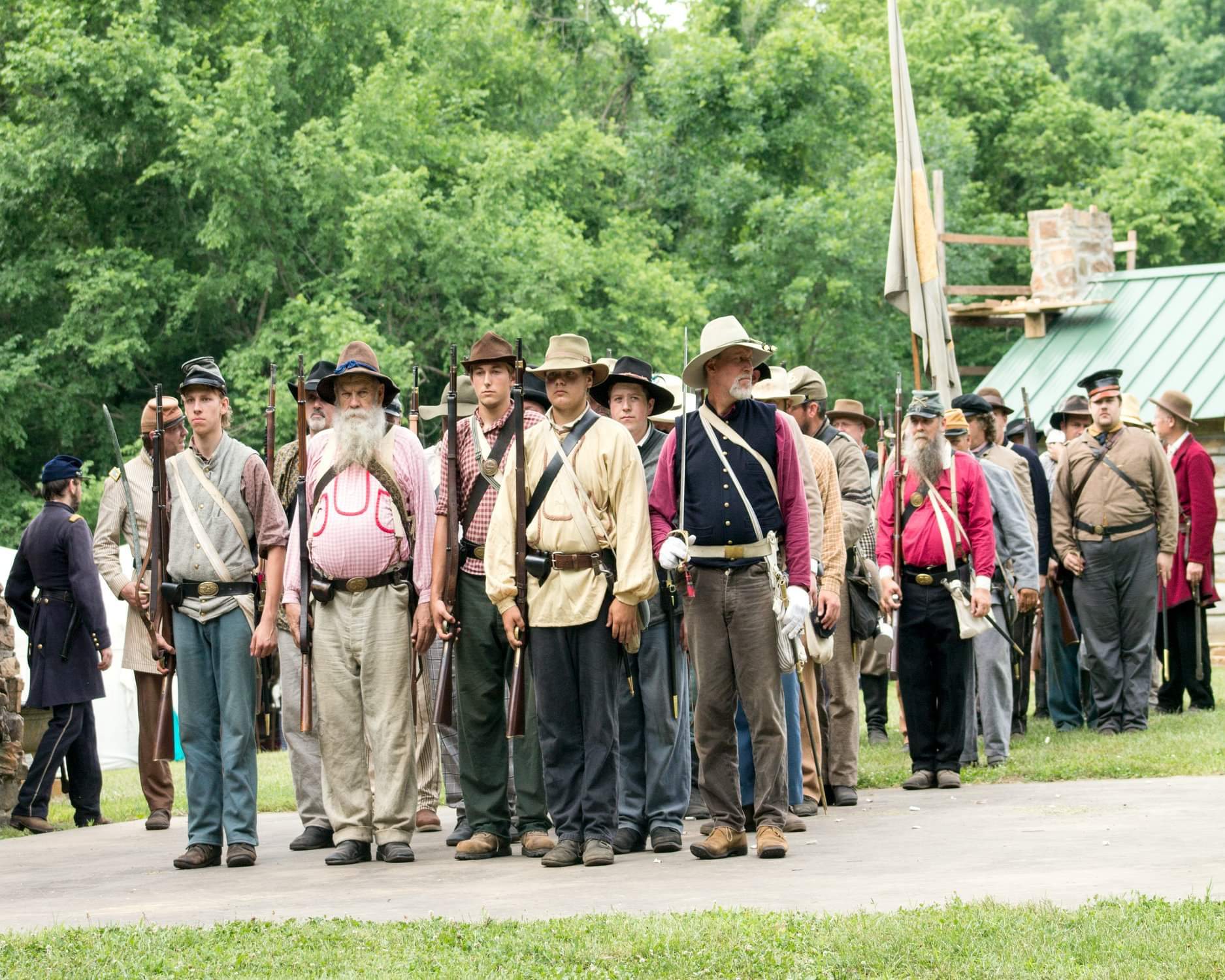 Re-enactors of the 1861 Missouri State Guard will be holding a Spring Muster to “recruit new volunteers” March 29th & 30th at Smallin Civil War Cave! Come prepared to enjoy a variety of Civil War era reenactments on both days.

Find out how Civil War Soldiers from the local MO State Guard units would have camped and lived! This is a free event, open to the public!

Tours of Smallin Civil War Cave will be available both days at regular admission.