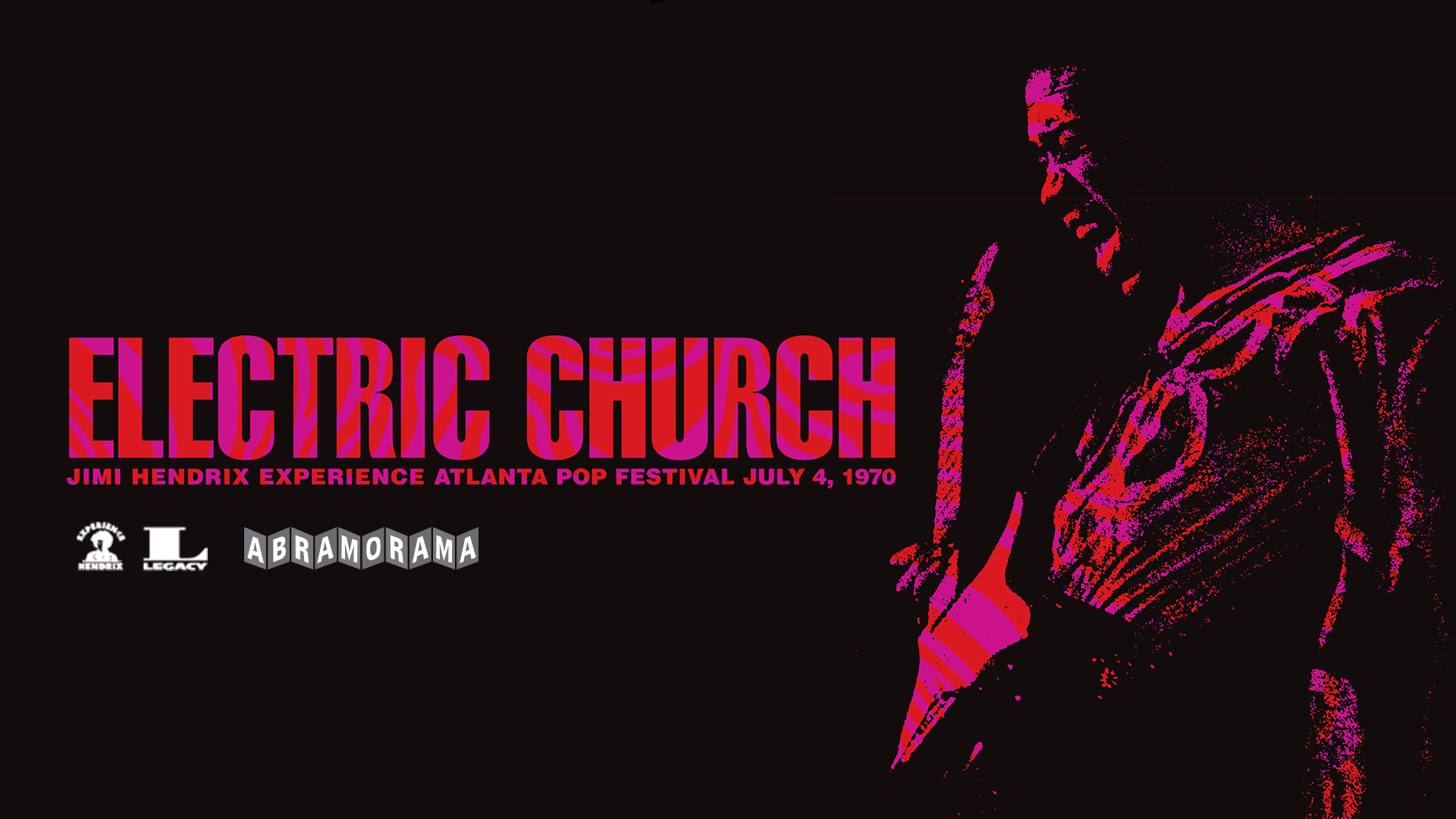 The Historic Gillioz Theatre was built in 1926. Balcony seating is closer together than Orchestra seating. If you or a member of your party is tall or require more leg room, we advise purchasing Orchestra level seating.
__________________________

July 4, 1970 and Jimi Hendrix is at the peak of his influence. Organizers of the Atlanta Pop Festival want a headliner to put their event on the map, and having a black artist headline in Georgia is a guaranteed headline. Of course no one knows that just two months later Jimi Hendrix would pass. The concert was filmed and never released. Until now.

Electric Church presents the legendary guitarist in full flight at the 1970 Atlanta Pop Festival before the largest US audience of his career. This critically acclaimed film combines color, 16mm multi-camera footage of Hendrix unforgettable July 4, 1970 concert in its original performance sequence together with a documentary that traces his journey to the festival amidst the dark shadow of civil rights unrest, the relenting toll of the Vietnam War and a burgeoning festival culture that drew together young people across the country who were inspired by the Woodstock festival.

The film details Hendrix integral role in drawing nearly 500,000 people to his Electric Church – a dusty scorching hot pecan orchard in Byron, Georgia some 100 miles south of Atlanta. Together with Experience drummer Mitch Mitchell and bassist Billy Cox, Jimi skillfully blended favorites such as “Purple Haze,” “All Along The Watchtower,” and “Voodoo Chile (Slight Return)” with confident renditions of new songs such as “Freedom” and “Straight Ahead” that had not yet been released on album. As a colorful fireworks display stretched overhead across the night sky, Jimi performed the “Star Spangled Banner” to the wild delight of the massive audience.

The performance footage of the Experience has been carefully restored from the original negative in high definition. The audio soundtrack includes stereo and 5.1 surround mixes by Eddie Kramer directly from the original master tapes.

The Historic Gillioz presents one screening of this monumental film at 7:30 PM on Saturday, June 15, 2019. Experience the unifying message of Jimi Hendrix’s music in the setting that has been making memories since 1926. Tickets are $10 general admission and available at the box office 417-863-9491 or online at GILLIOZ.ORG.