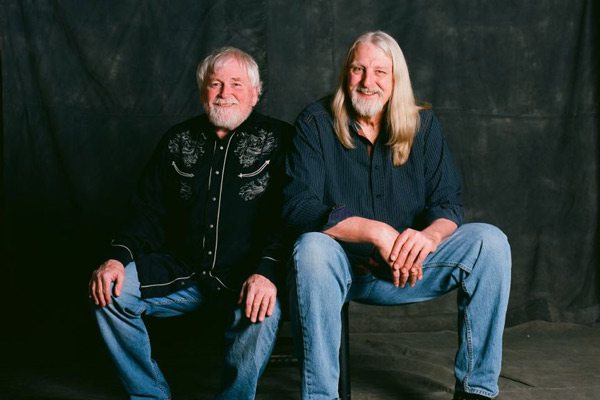 Trout Fishing in America was in the first wave of artist owned labels (Trout Records) to successfully record and market their own music. In 2008, Performing Songwriter Magazine chose Trout as one of the top 100 most influential independent artists in the past 15 years. Drawing inspiration from childhoods spent listening to top-40 AM radio, the two songwriters seasoned their music with stylings from rock and roll, blues, folk, country, bluegrass, funk, Latin, and reggae…whatever sound would best bring out the flavor of the lyrics they wrote. Their recordings have garnered three National Indie Awards, multiple Parents Choice and NAPPA Gold awards, the American Library Award, as well as four Grammy nominations. To date, they have released 26 albums, the most recent of which is “Live At The Epic Theater”.

Since the beginning, Keith and Ezra have played shows for audiences of all ages in all sorts of venues. Trout’s broad appeal comes from their ability to connect with whoever is in the audience and their ability to create a full, rich sound that belies the fact that only two instruments are being played. In addition to their performances, they also conduct songwriting workshops for teachers and students, focusing on the premise that to be able to write a song, you must first have an idea.

It is not unusual for three or four generations of a family to show up at a Trout performance and this is a point of pride for both Keith and Ezra. It may be impossible to categorize what kind of music Trout plays, but after attending a show, you’ll know exactly what you’ve witnessed: two guys who still love what they do and are excited to share it with you.