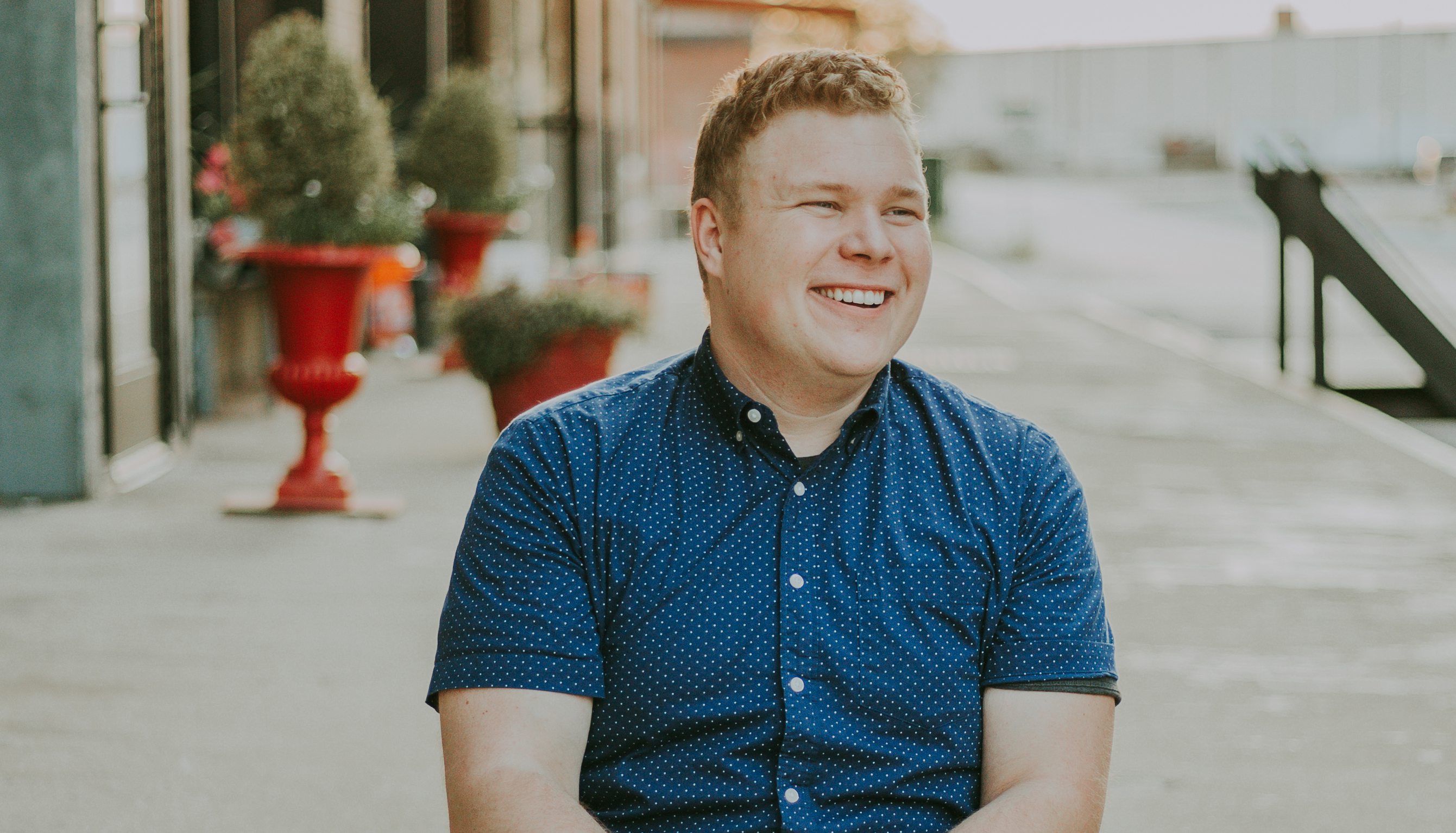 Jaron Myers is a powerhouse of unique and witty humor, combined with musical talent! His joy-filled, hilariously fun show has kept him busy with a tour calendar of over 200 shows last year! After leaving college in 2013, he began pursuing a dream of bringing a comedy show that would not only bring laughs, but also hope, to as many people possible. From his journey of weight loss, to his thoughts on Waffle House, dating, and baby talk, Jaron’s comedy is sure to have you rolling!

Over the last 4 years he has built a name for himself with his online persona, and his viral videos totaling over 50 million views! You may recognize him from the viral Chick-fil-A rap, “My Pleasure”! Myers has also shared the stage with names like Creed Bratton (NBC’s “The Office”), Bob Smiley, and John Crist!
Jaron currently lives in Kansas City, Missouri, where he sits at Starbucks during the week, photoshopping and listening to people pitch pyramid schemes to their friends and family members.