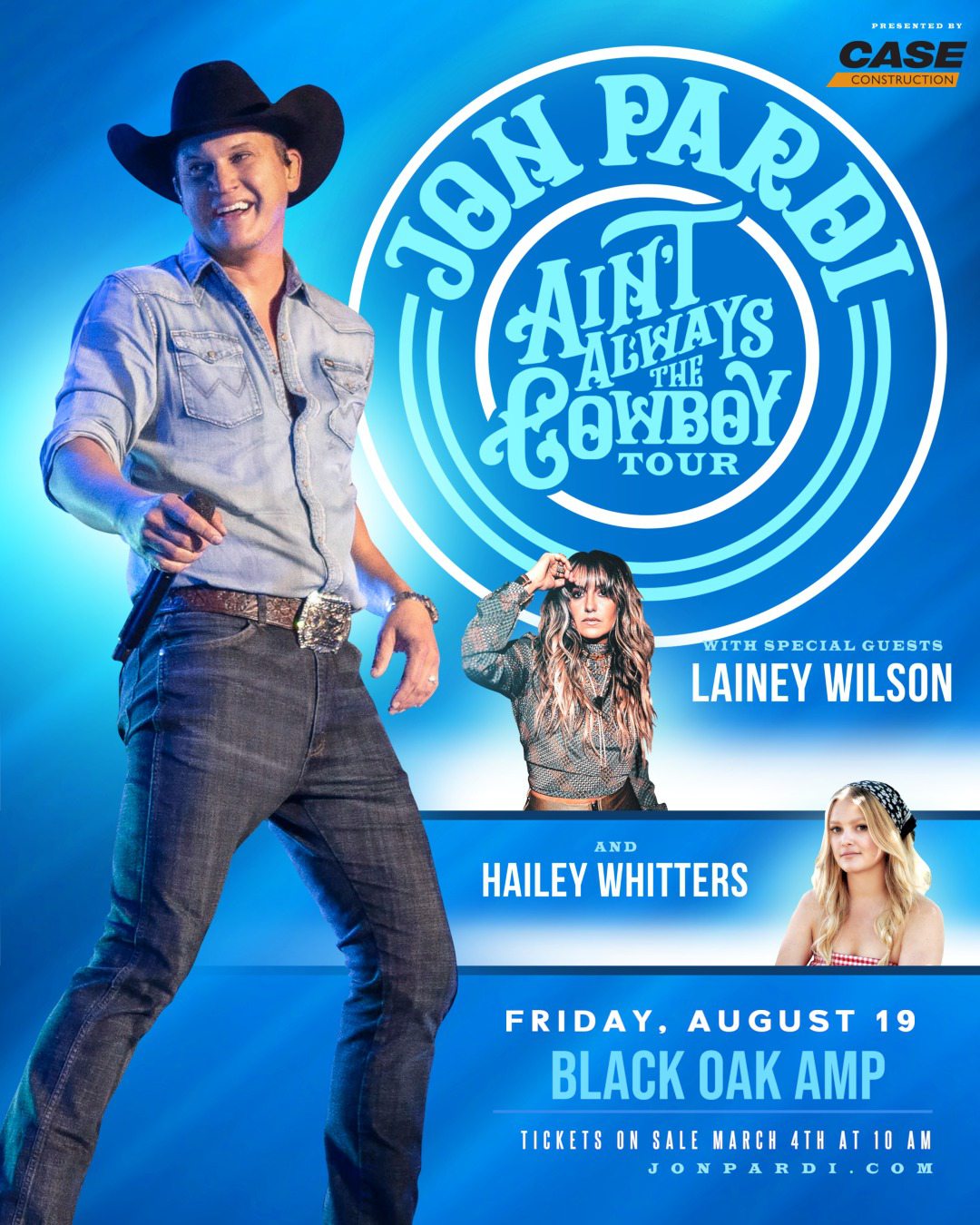 Get ready for some Heartache Medication with Gold and Multi-Platinum Jon Pardi, an artist who delivers a hard-hitting-honky-tonk, Call Me Country, sound! The real-life cowboy’s Dirt On My Boots has become the working man’s anthem, followed by his smash hit, Head Over Boots. Pardi continues to apply new ideas to country’s old sounds, and bring authenticity back into country music. The hit-maker recently announced his single, Last Night Lonely, off his forthcoming new album, is now available everywhere.

To kick the PARDI off, 2022 ACM nominee, Lainey Wilson will give the Ozarks a taste of what bell bottom country is all about with a performance of her smash hit, Things A Man Oughta Know, off her debut album, Sayin’ What I’m Thinkin’, and Grammy nominated song-writer/singer, Hailey Whitters performs her single, The Neon, from her new album, Raised.