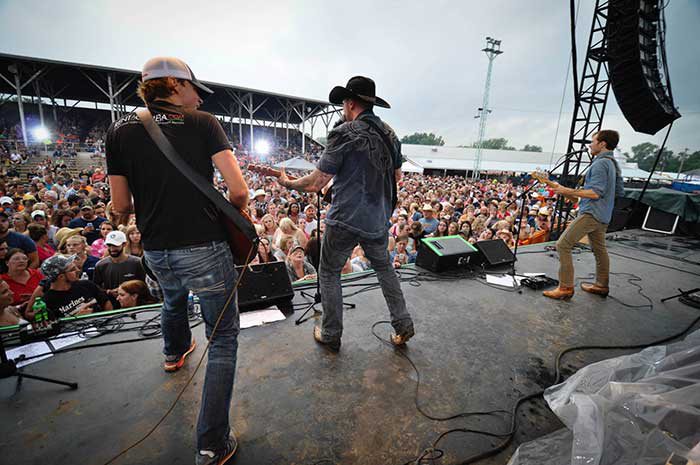 Lead singer (Jeff Dane-Kickapoo Grad 1995) and music producer (Dave Tough-Kickapoo Grad 1994) met playing in rock bands during their time at Kickapoo high school. After separate journeys to TX and CA, Dane and Tough reconnected in 2013.  Dane had just graduated law school in Los Angeles and made the move to Nashville. The pair wrote and produced Danes first solo album “Real” in 2013.  Dane took over as the lead singer for the Lost Trailers in 2014, when Tough introduced him to the band’s founder Stokes Neilson.

Tough was already a successful producer in Nashville with 2 Dove Awards, 2 John Lennon Awards and over 300 songs in film and television that he had written and produced.

The Dane/Tough collaboration resulted in a new album and a new sound for the Lost Trailers (see album press release for more album detail…here) Both are also songwriters on the project, writing 4 out of 6 songs on the new album together.

New Radio Single
“Smoke Signals” will be debuted on the Outlaw KTXR radio station in September.

New Album
“Between Stages” will be available for pre-order on 8/31, then exclusively available on i-tunes 9/12, and the finally available everywhere 10/10.