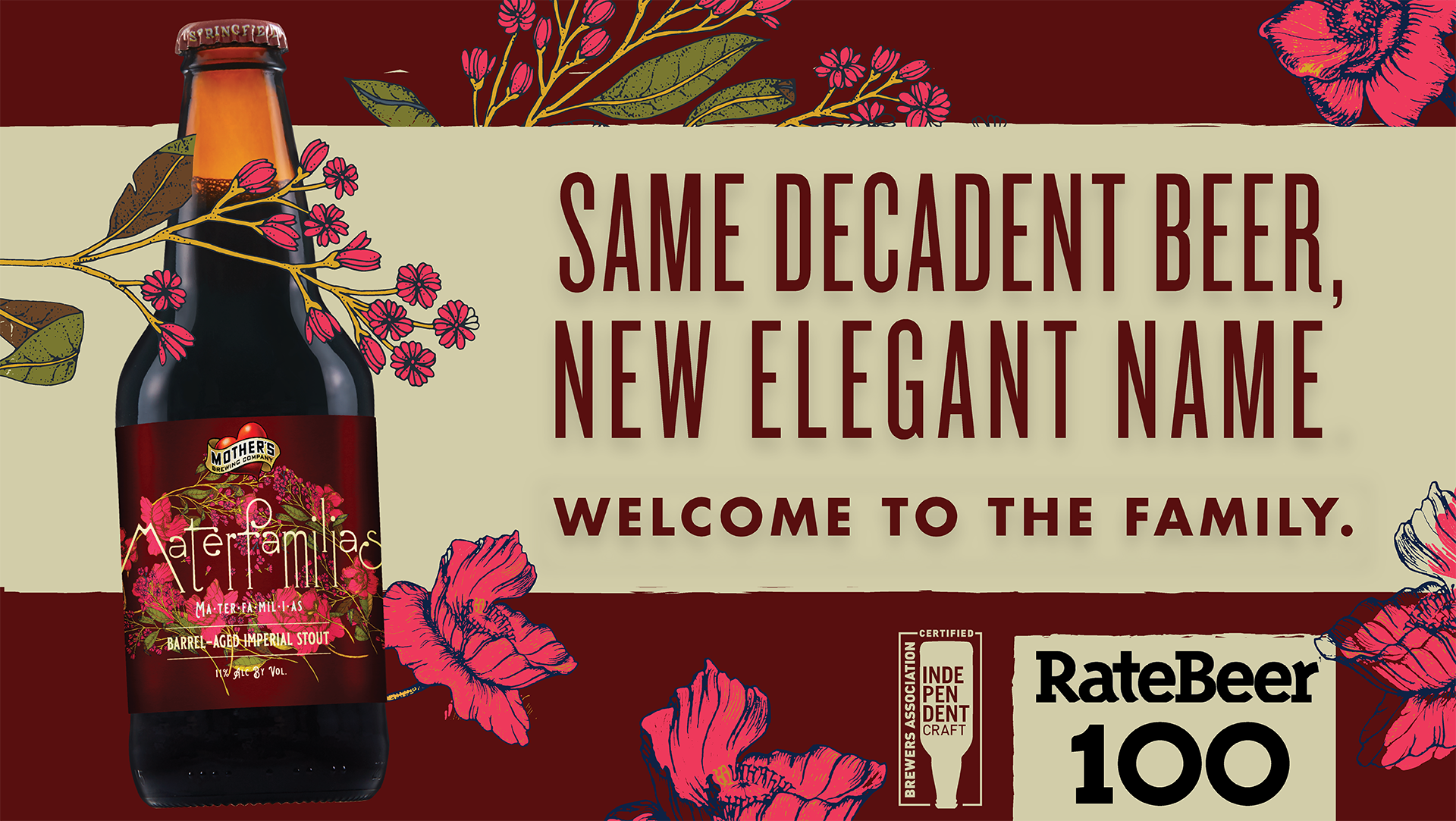 Friends, it is so very nearly that time. After a patient year of aging, we are stoked to announce the release date of our coveted barrel-aged imperial stout, Materfamilias. Join us in the tasting room to be among the first to taste 2019's version and take home some bottles.

We'll begin the festivities with a bottle share at 11am. Bring that rarity you've been saving and sip a few you've been dying to try.

We'll be offering flights of some of the single barrel variants that make up 2019's blend of Materfamilias. Limits on 4-packs TBD.

City Butcher will be serving up barbecue that pairs so beautifully with this beer.

Materfamilias is Latin for ‘female head of the house.’ No other beer we make commands as much attention and devotion as she. From the brewhouse to the barrels, your Mother’s remains at the service of this exquisite imperial stout. Roasted malt brings rich flavors of chocolate and dried fruit. In the aging process, the beer’s interaction with the wood of bourbon, rye whiskey, rum, and brandy barrels dictates the composition of the final blend. Materfamilias cannot be rushed. It cannot be forced. It brooks no compromise. The result is a stout of such complexity and nuance that you, too, will recognize the authority of your Materfamilias.