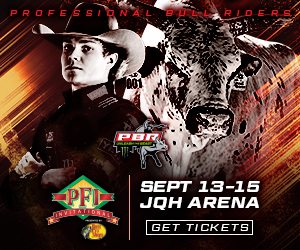 The bulls of the PBR (Professional Bull Riders) are headed back to Springfield to take on the toughest athletes in Western sports for PBR’s Unleash the Beast PFIWestern.com Invitational, presented by Bass Pro Shops.

As one of nine regular-season events in the second half of the 2019 season, Springfield is the only three-day event for riders to gain much-needed points toward the world standings in order to qualify for the PBR World Finals (Nov. 6-10) in Las Vegas.