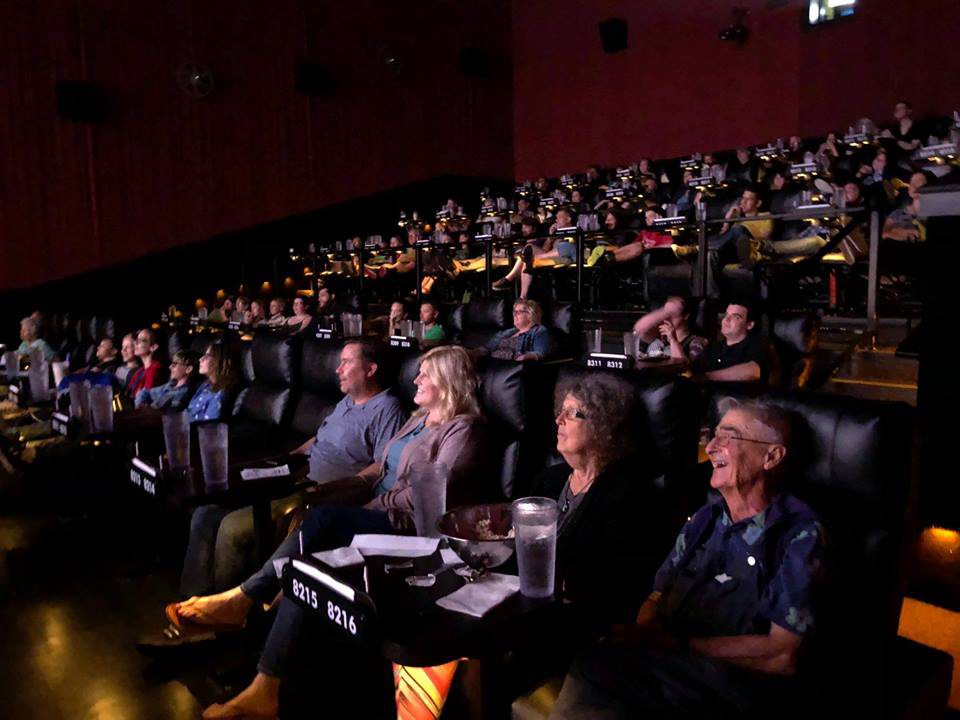 SPRINGFIELD, MO, April 3, 2019 — Plotline presents a screening of student films, Sunday, May 19th, 2019 at the Alamo Drafthouse. Seating begins at 6PM with films beginning at 6:30PM. A raffle will be held following the student films featuring items donated by local businesses. Funds collected for raffle tickets will directly benefit the students in Plotline’s many film classes. Following the raffle, guests are encouraged to stay for a screening of a classic feature film.

“There’s nothing like seeing your film up on the big screen,” says Plotline Executive Director, Jim Bultas, “This is the fourth year we’re doing this and we’re excited to be back at the Alamo. We will also be in their biggest theater so it’s really going to be epic!”

Bultas continues, “I want to make filmmaking accessible to everyone in our community. There are so many skills we learn and reinforce through filmmaking like cooperation, compromise, problem solving, and follow through.”

”My fiancee is a filmmaker,” says Plotline Board of Directors Secretary says, “He volunteers in Plotline classes and the kids really keep him on his toes! He's always so impressed with how much the kids know and the ambition they have. No doubt it's enriching for both student and mentor—a rare opportunity!”

Tickets for the student showcase are $12 and can be purchased in advance at enroll.plotline.org. Plotline will also partner with Alamo Drafthouse for the second year in a row to hold a two-week summer camp for kids ages 12-17 at the theater from July 22nd - August 2nd.

Plotline is a non-profit whose mission is to educate and empower aspiring film and media creators.

Bultas began a filmmaking class for kids at Pellegrino’s School of Music & Art in 2016. Since then, he’s taught students at the Boys & Girls Club, Creamery Arts Center, and Alamo Drafthouse, among others.