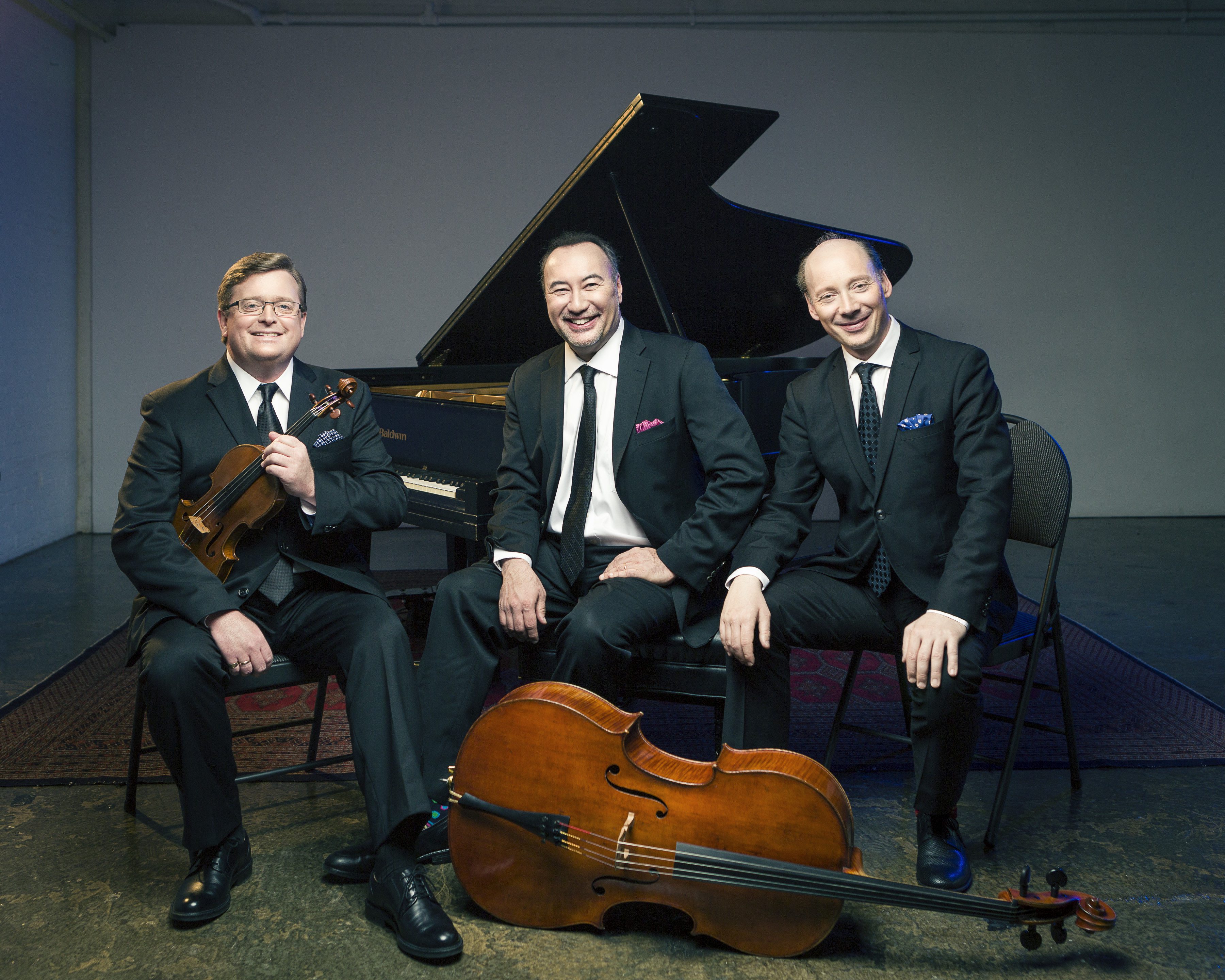 Formed in 2013, the Montrose Trio is a collaboration stemming from a long and fruitful relationship between pianist Jon Kimura Parker and the Tokyo String Quartet. Mr. Parker was the quartet’s final guest pianist, and a backstage conversation with violinist Martin Beaver and cellist Clive Greensmith led to the Montrose Trio’s creation. The trio gave their debut performance for the Chamber Music Society of Detroit and has quickly established a reputation for performances of the highest distinction.

Pianist Jon Kimura Parker performs with major North American orchestras on a regular basis, including recent concerto performances with the orchestras of New York, Chicago, and Philadelphia. He is Artistic Advisor of the Orcas Island Chamber Music Festival and Professor of Piano at the Shepherd School of Music at Rice University in Houston.

Violinist Martin Beaver has appeared as soloist with the orchestras of San Francisco, Indianapolis, Montreal, Toronto, and in Belgium and Portugal. He is currently on faculty at the Colburn School in LA.

The concert starts at 7:00 PM and is open to the public at no charge with donations appreciated.

Sponsored, in part, by the Vivian Leon Fund for the Musical Arts of the Carthage Community Foundation and the Missouri Arts Council, a state agency.