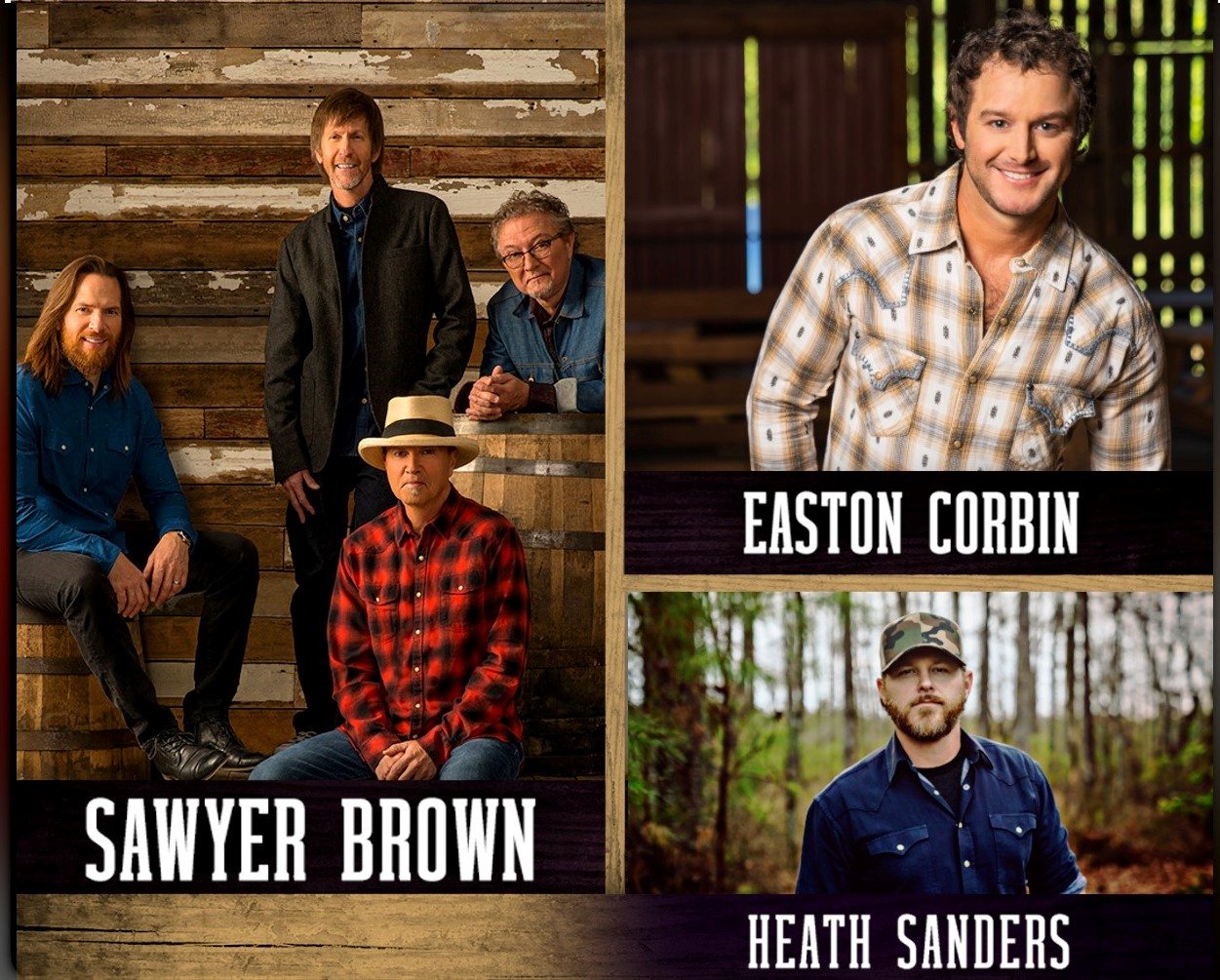 Since rocketing to stardom by winning the TV competition Star Search back in 1984, Sawyer Brown has been thrilling audiences with their legendary live shows and long string of chart-topping country hits, including #1 hits “Step That Step,” “Some Girls Do,” and “Thank God for You.” With more than 4,500 shows and a million miles behind them, this is one live concert event you won't want to miss. With twenty-three albums, 50 chart singles, and CMA, ACM & CMT awards, this promises to be a night of great country music.

Corbin Easton exudes country. His distinctive baritone has been gracing airwaves for the past decade as his chart-topping debut single “A Little More Country Than That” established Corbin as a mainstay on the country charts. Billboard’s 2010 Top New Country Artist would go on to garner another No. 1 hit with the feel-good “Roll With It” as well as seven top 10 singles, further distinguishing himself from other male vocalists as a tried-and-true country traditionalist who weaves

Drawing upon a lifetime of early mornings and long days, Heath Sanders emerges as the new voice of folks who identify with hard work and have the sore backs and tired feet to show for it. Despite the rich culture in the Ozark Mountains few where he grew up ever thought of music as a livelihood, yet his COMMON GROUND collection, available now, is full of material that ranges from sensual ballads to who-I-am statements and reminders of the unifying characteristics we all have.