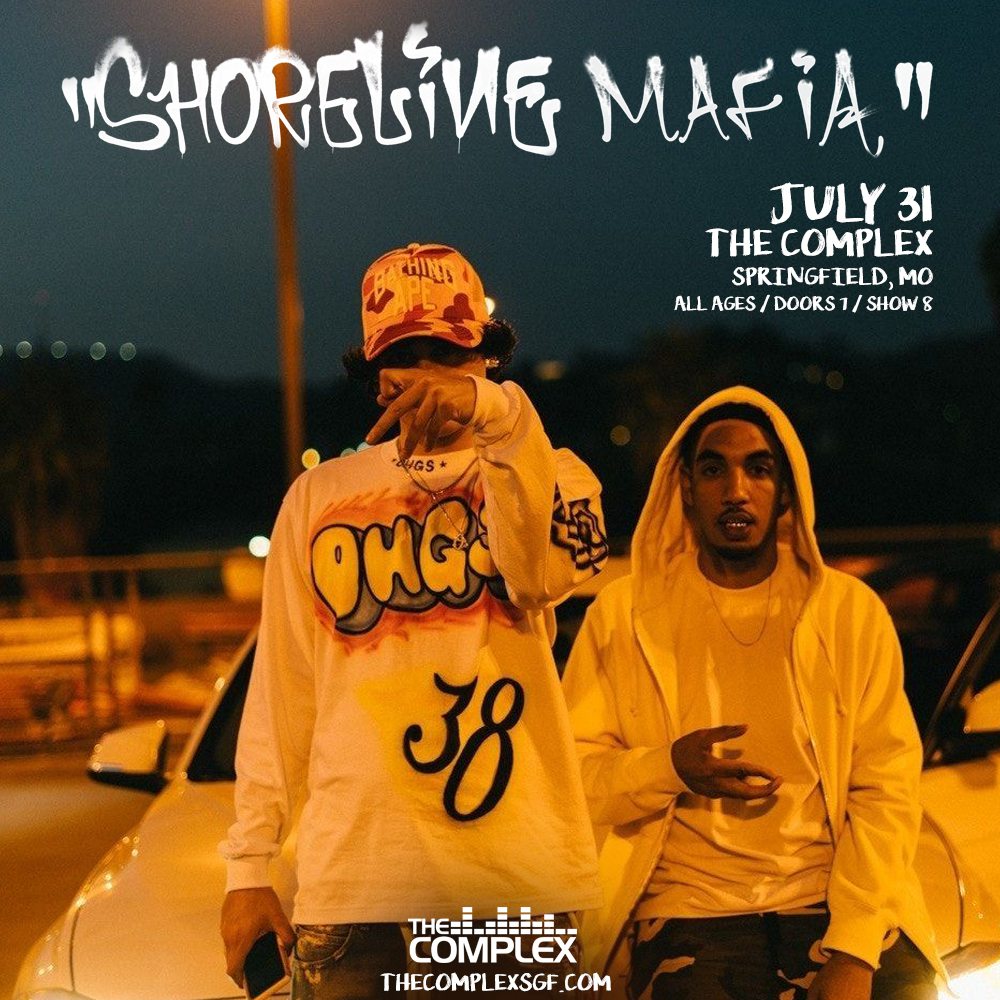 Shoreline Mafia isn’t a rap group— it’s family. For OhGeesy (real name: Alejandro Coranza), Rob Vicious (Robert Maggee), Fenix Flexin (Fenix Rypinski) and Master Kato (Malik Carson), hip-hop follows an organic friendship from their native Los Angeles. The group’s inception happened when OhGeesy and Fenix linked through MySpace in 2012 while doing graffiti in high school. “I had this nigga in my Top Friends,” OhGeesy laughs. “When we met, we had no idea we were gonna make music. But as we were hanging out, doing crazy shit. I got a laptop and began recording myself. Then, Fenix heard it and he was like, ‘I’m trying to make music too!’”

After recording one song, they clicked and immediately founded Shoreline Mafia. “The name incorporates the beach and water. The waves start at the shoreline,” says OhGeesy. Fenix remembers the early days; recording on a “$100 mic and Garage Band” and putting music on SoundCloud. “That shit started getting views and we just kept it up.”

Two years later, Rob Vicious and Kato were introduced. “We were just doing regular, teenage shit,” says Rob. By 2017, the newcomers officially joined Shoreline Mafia. The quartet garnered widespread attention with 2017’s “Musty” (produced by Ron-Ron). With over 12 million plays on YouTube, the track propelled Shoreline Mafia onto hip-hop’s larger radar, including an appearance at the Rolling Loud Festival. “It’s a hard ass song,” explains OhGeesy of the viral track. “All of our songs are that hard. That was so catchy, everyone caught on to it.”

In November 2017, Shoreline Mafia released its first full-length mixtape ShorelineDoThatShit, which spawned tracks like “Nun Major,” “Spaceship,” “Serve A Boat” and “Whuss The Deal,” amassing millions of fans on SoundCloud. In 2018, the group signed to Atlantic Records and built upon the year with 3 sold-out American tours and a European tour. Now with 2019 under way, they can add the Off The X Tour to an already impressive list of sold out shows, along with 2 SOLD OUT DATES at the Shrine auditorium - their Biggest show to date, with 10 thousand tickets sold in less than 10 days! They’ve already enjoyed early press coverage from FADER, Noisey, Forbes, The Washington Post, Pitchfork, PassionWeiss and other music blogs.

Even in the midst of the successful shows, the group still finds ways to give back. In 2018, Shoreline partnered with Rolling Loud LA and hosted a Toy Drive for the non-profit organization East L.A. Rising, which helps underprivileged youth for the holiday season. “We wanted to do a toy drive because I remember getting Christmas gifts at my school and how I thought it was so cool back then. Especially with all the kids come to our pop-ups in LA, it would be wrong not to give back now”, explains Fenix Flexin of Shoreline Mafia.

With their recent successes – achieved without the assistance of radio airplay or playlisting support - Shoreline Mafia now has 3 RIAA Certified Gold singles (Bands, Musty, Nun Major), 770 Million US streams RTD (Nielsen), Avg. 20 mill+ US streams per week (10k album equivalents), and 400k equivalent albums sold across all releases combined. Accompanying these numbers, the group now has 1 mill+ followers combined and 562k followers on their Shoreline page via Instagram, along with a YouTube audience of 402k subscribers and growing.

As they prep their debut project, each member maintains his own unique vibe. “We’re a group of kids, going crazy and having fun,” says OhGeesy. “I bring that, ‘I don’t give a fuck vibe.’ I’m really exclusive,” says Kato. Rob describes his sound as “real street, dark shit.” As for Fenix, “I be coming with straight bars. Bring that energy. Keep that crowd going. You feel me? That’s what I be going on.” It’s not always easy fusing four voices—and personalities--into a group. So how does Shoreline Mafia do it? It’s goes back to their genuine love. “Honestly? I don’t know how this shit be working,” laughs Rob. “I think it’s off the fact that we really fuck with each other.” Adds Kato, “These are my brothers.”