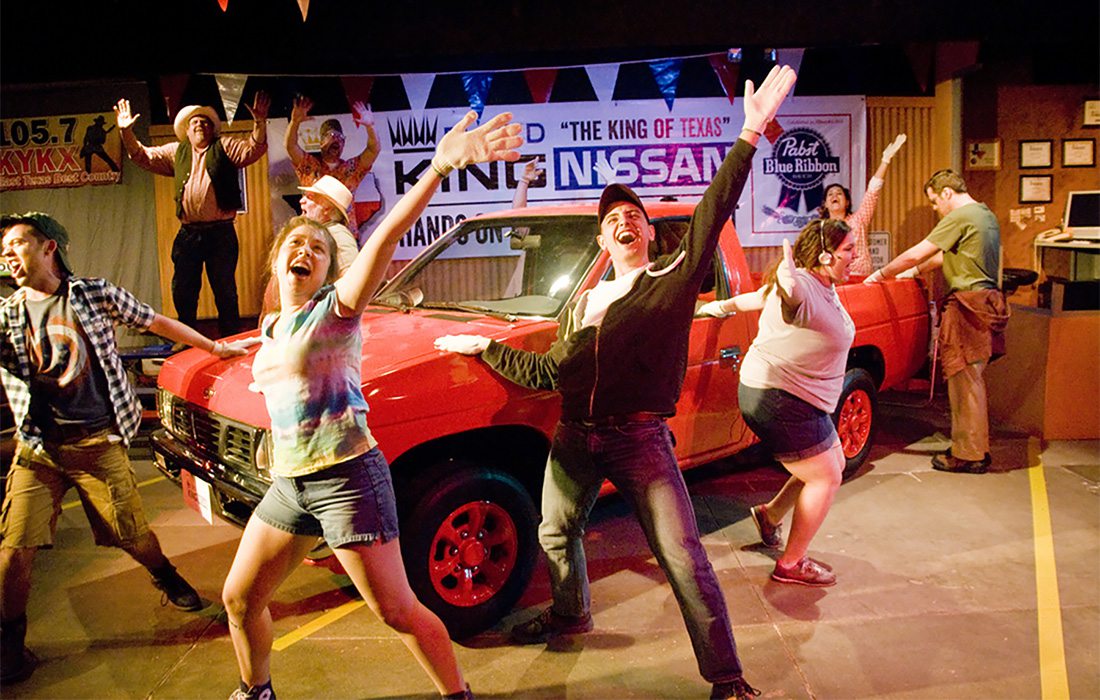 FEBRUARY 15-17, 21-24, 28-MARCH 3, 2019
Thursdays, Fridays and Saturdays at 7:30pm
Sundays at 2:00pm
Director Rick Dines reunites actors from SCT’s acclaimed production of A RAISIN IN THE SUN to bring to Center Stage the third play in Dominique Morisseau’s lauded “Detroit Project.” Skeleton Crew follows co-workers – Faye, Dez, Reggie and Shanita – at a Detroit auto stamping plant in early 2008. Each of the workers have to make tough choices on how to move forward if their plant goes under. Shanita has to decide how she’ll support herself and her unborn child. Faye has to decide how and where she’ll live, and Dez has to figure out how to make his ambitious dreams a reality. Power dynamics shift as their manager Reggie is torn between doing right by his work family, and by the red tape in his office. The play highlights the layered relationships and drama of blue-collar workers navigating instability and uncertainty as they fight to ensure their survival in an economic climate that is marked by the downturn in American manufacturing. Morisseau’s masterful command of dialect and dialogue brings depth and authenticity to a story about the very local implications of global change.
This production contains adult language and content.
A Springfield area premiere.