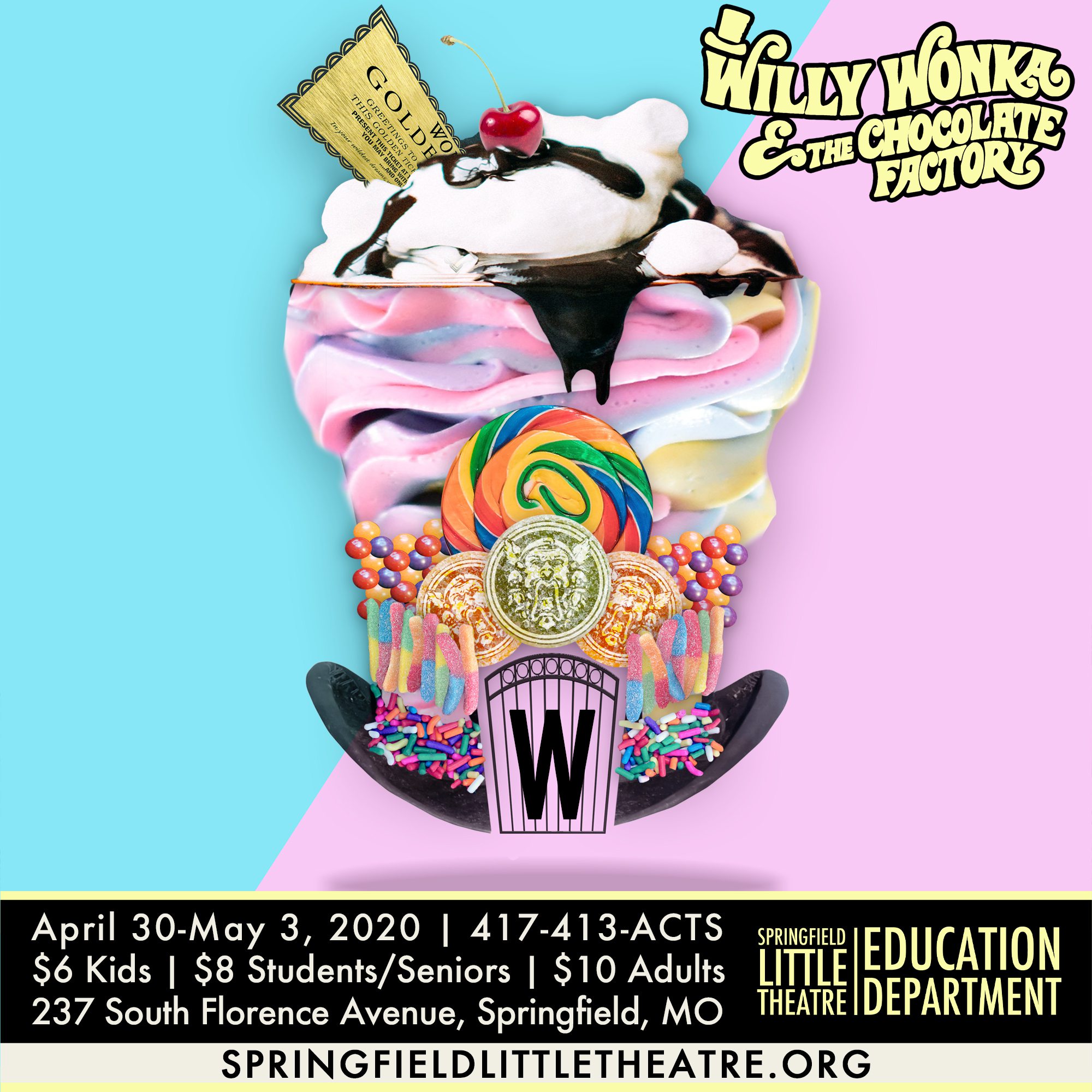 Roald Dahl’s Willy Wonka TYA follows enigmatic candy manufacturer Willy Wonka as he stages a contest by hiding golden tickets in five of his scrumptious candy bars. Whomever comes up with these tickets will win a free tour of the Wonka factory, as well as a lifetime supply of candy. Four of the five winning children are insufferable brats. The fifth is a likeable young lad named Charlie Bucket, who takes the tour in the company of his equally amiable grandfather. The children must learn to follow Mr. Wonka’s rules in the factory… or suffer the consequences.

The Willy Wonka cast will perform a 10 minute sing-along, a themed game, and a meet and greet, and in the Playology Lab we’ll have special crafts and activities!

We’re excited to work with Springfield Little Theatre Education Departmenton several sneak peek events this year! Children as young as age 4 make up the cast of SLT’s Education Series productions, and you can sign your child to participate in future programs!

Homeschool Behind the Scenes