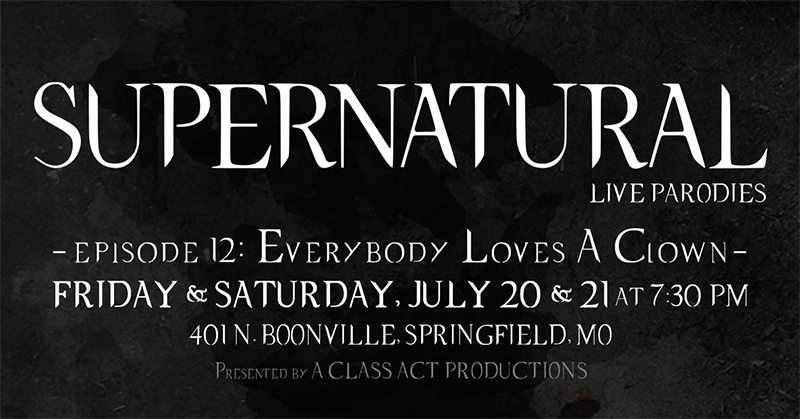 Sam and Dean Winchester; two Midwest brothers on a quest to vanquish monsters, demons, and other forces of the paranormal. They've laid course to maintain the family business of protecting people from the things that go bump in the night.

Picking up from the season two kickoff, the Winchester brothers are reeling from the death of their father, John, who died under mysterious circumstances, and unknown to them, the sacrifice of his life and the Colt to save Dean's life.

Meanwhile, Dean sets his mind on fixing the Impala while Sam finds a voice message from Ellen; another Hunter from John's past who runs a roadhouse where other Hunters meet. The boys meet Ellen and her daughter, Jo, to see if they can find answers about the holes in John's history and more info on the demon they've been tracking.

Elsewhere, Sam and Dean take on a case at a carnival where children have reported seeing an elusive clown the day that their parents were found murdered. The brothers try to get a job on the inside to uncover the details and see if the clown and carnival are connected. While Sam tries to conquer his coulrophobia, Dean tries to conquer his grief.

Will the Winchesters find the clown who's behind the grisly murders? Is it a case for the brothers, or is it some psycho in makeup? Come find out in the next episode of Supernatural: Live Parodies on two show nights at the new performance location at The Grove in downtown Springfield. Don't miss it!