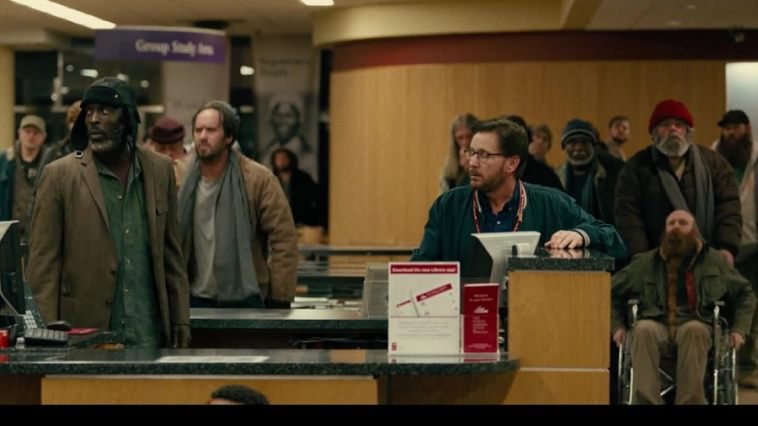 EVERY STORY MATTERS. Join us after the screening for a panel with Eden Village, Ozarks Literacy Council, and area library representatives!

In THE PUBLIC, an unusually bitter Arctic blast has made its way to downtown Cincinnati and the front doors of the public library where the action of the film takes place. The story revolves around the library patrons, many of whom are homeless, mentally ill and marginalized, as well as an exhausted and overwhelmed staff of librarians who often build emotional connections and a sense of obligation to care for those regular patrons. At odds with library officials over how to handle the extreme weather event, the Patrons turn the building into a homeless shelter for the night by staging a sit in. What begins as an act of civil disobedience becomes a stand off with police and a rush-to-judgment media constantly speculating about what's really happening. This David versus Goliath story tackles some of our nation's most challenging issues, homelessness and mental illness and sets the drama inside one of the last bastions of democracy-in-action: your public library.