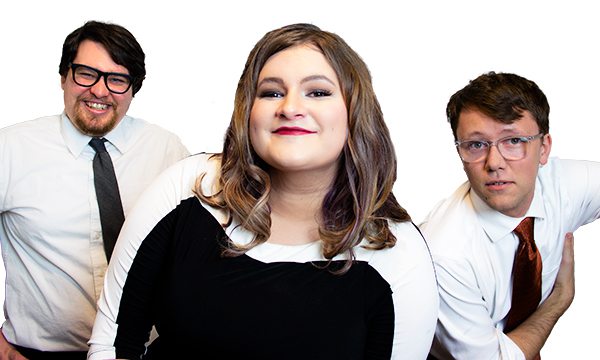 No cover. All ages.

About The Cast:
Our performers are fresh off the Branson Strip at the Americana Theater, where they regularly performed an improv comedy show. Members of Relentless Comedy have also performed in major cities such as Kansas City and Chicago, and were featured in the KC Improv Festival.

Luckily, it’s all happening December, Friday the 13th. We’ll see you there.