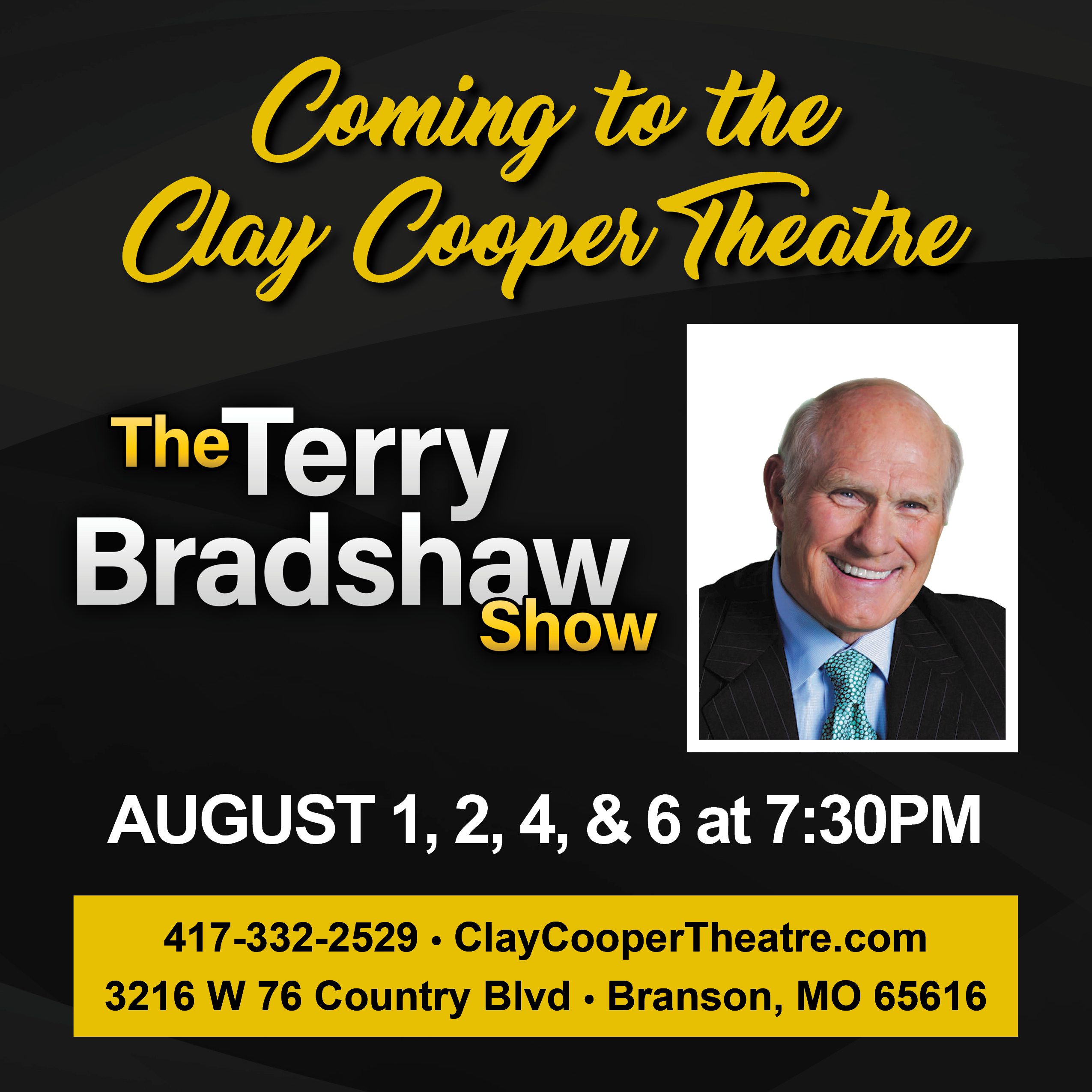 Legendary professional football player and iconic entertainer Terry Bradshaw will hit the stage this summer in Branson with his musical, comedy and story-telling production, "The Terry Bradshaw Show", for a limited engagement August 1, 2, 4, and 6, 2021 @ 7:30pm. Bradshaw will bring his dynamic singing ability, endearing personality and charisma to the Clay Cooper Theatre with a production that chronicles his life's journey through comedy, music and storytelling. "The Terry Bradshaw Show" will showcase the same straight-shooting, self-deprecating humor that has made Bradshaw an all-time favorite as an Emmy Award-winning co-host and analyst on Fox NFL Sunday. NFL films and HBO will be here filming for A documentary on the life of Terry Bradshaw to be released in the near future. Tickets start at $50 and are now available for purchase on our website, walk up, and by phone at 417-332-2529.