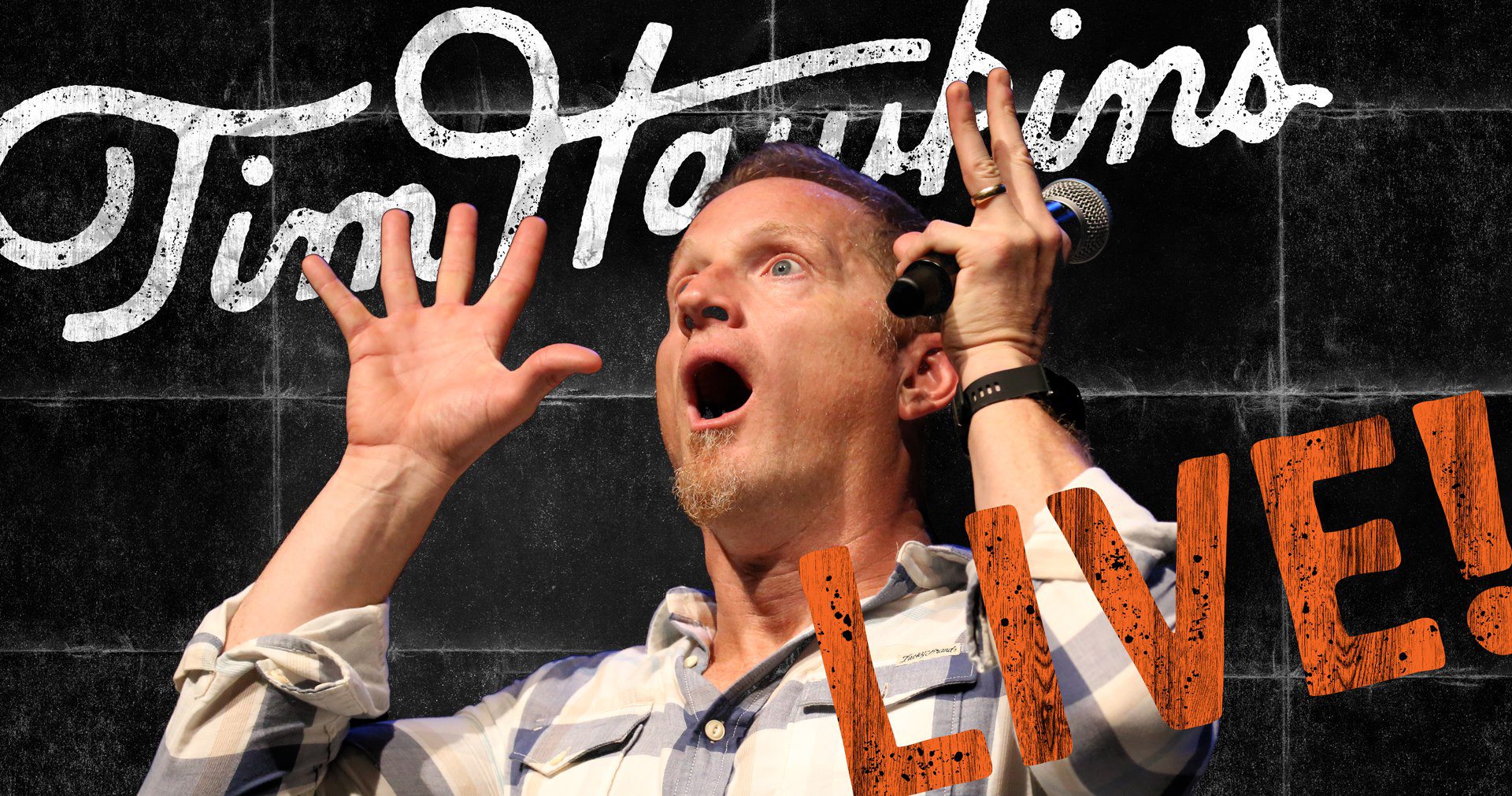 Since giving up his job as a grocery truck driver in 2002,
Tim Hawkins has been meticulously crafting a no-bones, no-bull comedy show that entertains the entire family. With three hundred million online video views, over one hundred sold-out concerts every year, and a motley half million Facebook fans, Tim’s Jackwagon Crew has grown into a gut-busting revolution of multi-generational proportions.

Tim’s approach to comedy can best be described as one part gifted and two parts twisted. And the three parts set him apart. His stand-up is surgical and honed to perfection, bringing to light the brokenness of human nature while marveling in its hilarity. In his own gracious words, “If you can’t laugh at yourself, laugh at other people.” His musical dexterity and knack for parody stand on their own, as he deftly rattles off everything from Dylan to Aldean to brilliantly weird original songs.

The perils of marriage, parenting, and homeschooling may not exemplify the rock star life, but they make for rock star comedy. Still, Tim is no rock star:”It’s not like I have a choice. Comedy is my only life skill.”

Tim and his wife Heather live in Missouri with their four crud muffins.