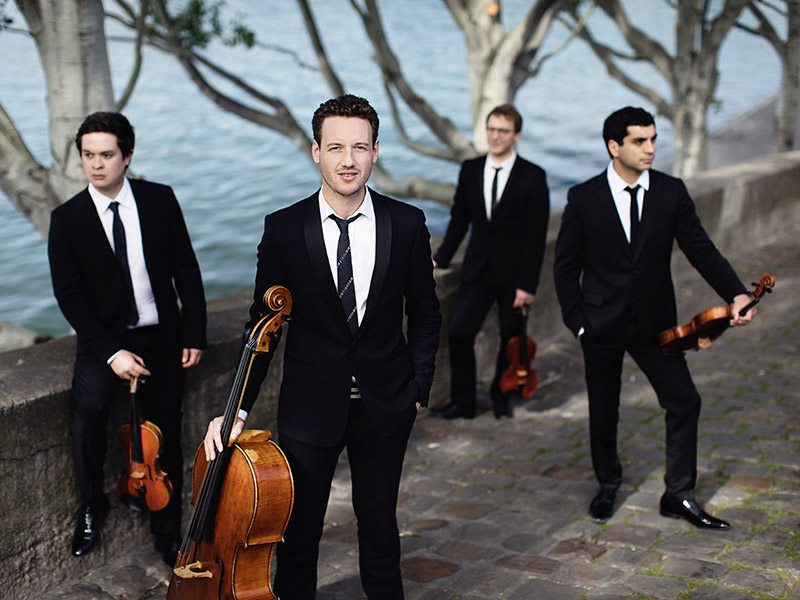 After being selected as BBC New Generation Artists for the 2015-17 term, the Van Kuijk Quartet joined the ECHO Rising Star roster for the 2017-18 Season. Since their formation in 2012, the ensemble has established a presence in major international venues including Wigmore Hall in London and Auditorium du Louvre in Paris.

The Van Kuijk Quartet (pronounced Van Kweek), is comprised of Nicholas Van Kuijk (violin), Sylvain Favre-Bulle (violin), Emmanuel Francois (viola), and Francois Robin (cello). They are in residence at ProQuartet, an incubator for artists of excellence in Paris. The quartet records exclusively for Alpha Classics. Their debut recording, simply titled “Mozart”, was released to outstanding critical acclaim in Autumn 2016 and was followed by a disc of French music in late 2017.

The concert starts at 7:00 PM and is open to the public at no charge with donations appreciated.

Sponsored, in part, by the Missouri Arts Council, a state agency. Arts Education Events sponsored by the Rotary Club of Joplin Community Fund.