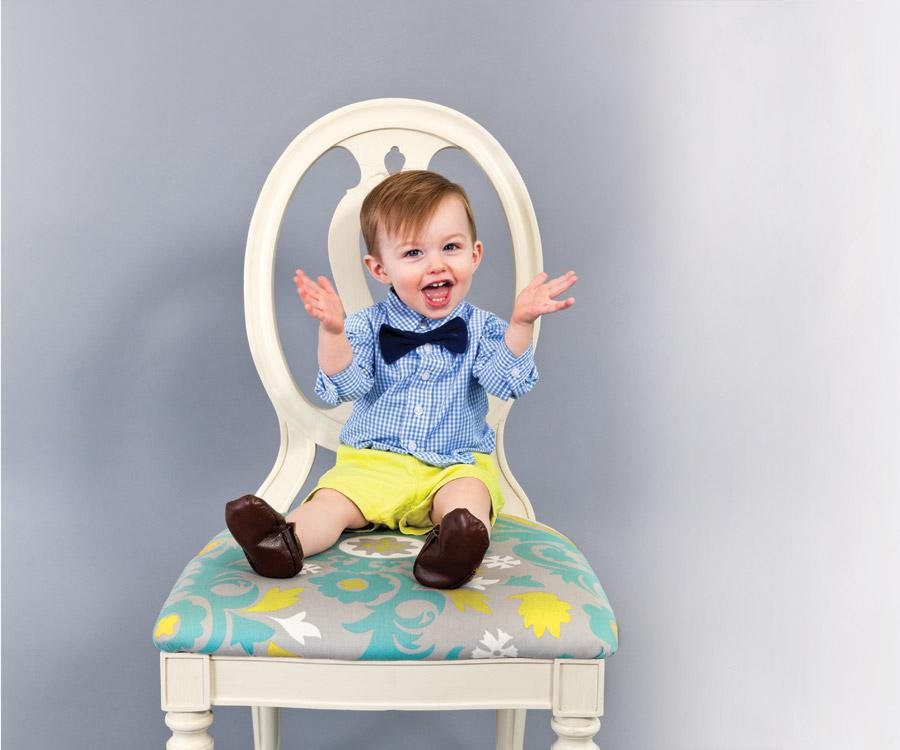 Moms and dads in 417-land nominated their adorable little ones for 417 Magazine’s second annual Cutest Baby Contest. We want to give a special shout out to all of those who participated—you helped us raise nearly $900 for Care to Learn, Children’s Miracle Network, Doula Foundation, Isabel’s House and the Pregnancy Care Center!

Twenty finalists were chosen, and readers had 10 days to vote on their favorite pictures. Seventeen-month-old Bennett Morgan was selected as the winner and received a sponsor prize pack valued at more than $1,000!

Bennett’s parents, Jansyn and Jordan Morgan, heard about the contest through a friend of Jansyn’s mom. Jansyn immediately went online to look for more information and soon found out that it was not only the last to day to nominate their bundle of joy, but there were also only 30 minutes left to submit an entry! Jansyn called her husband and he quickly submitted an adorable shot of Bennett. The picture they used was taken a couple of weeks prior to the contest when Bennett was being especially silly, smiling in his adorable cloud sweater and collared shirt. Read on to learn more about little Mr. Bennett.

What are some of the things that make Bennett smile?

Jansyn: He sometimes stays with my grandmother, and he loves her fish. He also loves dogs—they make him light up.

Jordan: He loves his mom a ton. And all of his cousins make him laugh really hard.

Jansyn: Anybody in his immediate family really makes him happy.

Jordan: We put him on the floor, and he’s like the energizer bunny!

Who would you say he looks like the most?

Jansyn: Some people say he looks Jordan, and others say he looks like me. He has both of our expressions. We both have blue eyes, so I guess he got that from both of us. I think that he has my cheeks and nose.

What was his first word?

Jansyn: Mama. It was at about 7 months.

What are some of his favorite things to do?

Jansyn: He loves climbing and exploring. He also likes going to the park—he really likes the sand and the slide—and being outdoors. He gets so sad when we have to go inside!

Jordan: He actually loves going to the daycare and the gym, too. He’s BFFs with all the workers there. He loves being with other kids and interacting with people. He’s very social.

What made you want to participate in this contest?

Jordan: We love the magazine, and I’ve gotten really into it over the past few months. We just thought it would be a fun thing to do. And once the grandmas and grandparents saw that we were doing this, they were all in! They were like our campaign managers! 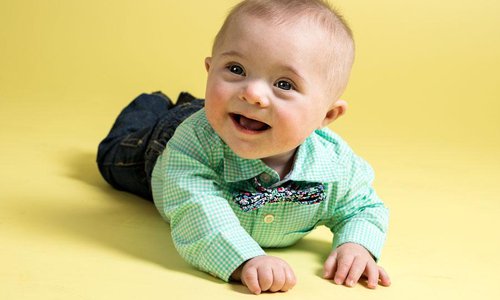 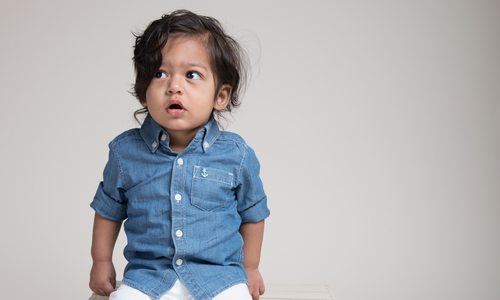