Getting Back in the Saddle

Charles Williams was back to horseback riding within six weeks of his knee replacement at Ozarks Healthcare Medical Group with Dr. Edwin Roeder. 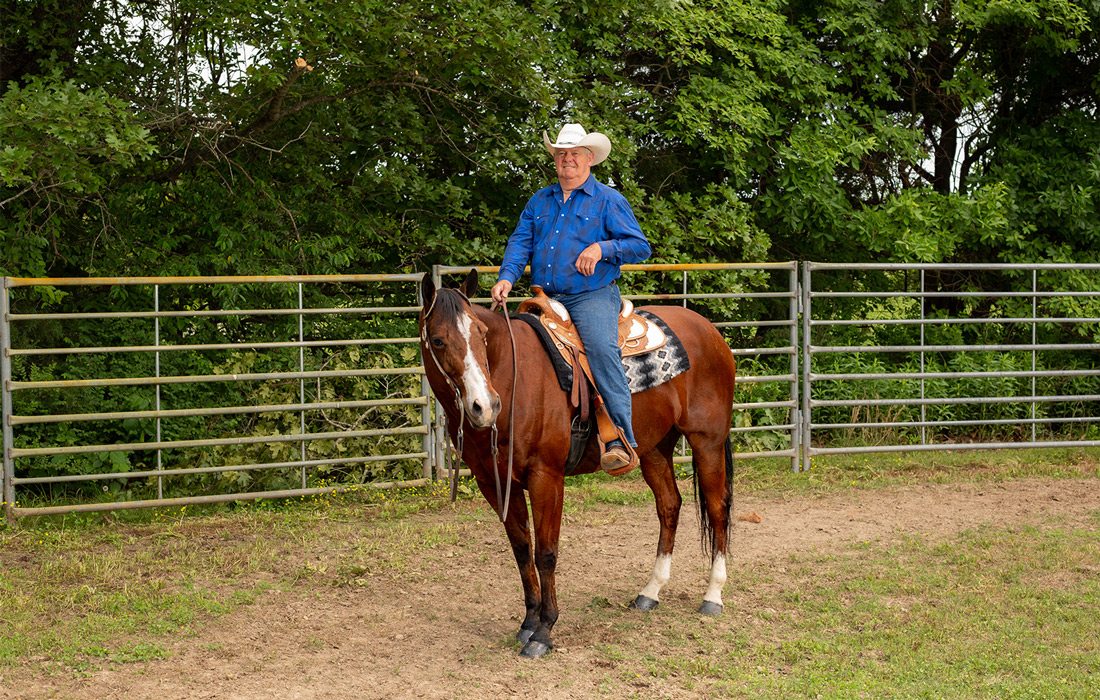 Photo by Josh BeecherCharlies Williams was able to get back in the saddle thanks to Dr. Edwin Roeder.

For Charles Williams, the importance of “getting back on the horse” was a lot more than just a common expression. Charles has been riding horses for more than 63 years. “I was 4 or 5 when my mom and dad got us our first horse,” he says. Decades later, Williams is still riding. In fact, he and his wife, Susie, travel all over the Midwest showing their horses. Their circuit includes St. Louis, Carthage, Memphis, Texarkana… pretty much anywhere in a 300-mile radius from West Plains. But last year, Williams worried he might have saddled up for his last ride. For about five years, Williams had quietly endured serious pain in his knee. There hadn’t been an injury to cause the pain; after 67 years of using his knees, he says the pain was the result of everyday wear and tear. Even as  the pain got worse, Williams kept his complaints to himself. “I didn’t want to talk about the pain because no one wants to hear you complain,” he says.

Not surprisingly, Susie noticed Williams’ discomfort even if he wasn’t saying much about it. “I noticed that he would sit for a while, and then he’d have to stand up,” she says. “At night, he’d get up because he couldn’t get comfortable. The pain wouldn’t let go of him.” Eventually, the pain in his left knee was so bad that Williams couldn’t even stand his favorite pastime—riding horses. “I couldn’t ride for more than 15 minutes,” he says. That was his breaking point.

After experiencing years of pain that had made it difficult for him to walk, to sleep, even to sit in the car, as soon as Williams couldn’t ride a horse, he headed to the doctor’s and scheduled himself a knee replacement surgery.

Williams scheduled his surgery with Dr. Edwin Roeder, an orthopedic surgeon at Ozarks Healthcare (OZH). For years, if a patient needed surgery like a knee replacement, they often had to head into Springfield to see a specialist. Things are a little different now. Rural hospitals like OZH have brought on specialists like Edwin Roeder, so patients can see a surgeon at home.

The surgery Charles needed was pretty standard. Years ago, this kind of surgery would require weeks of being in the hospital. Now, these can be done as an outpatient procedure. Roeder says the biggest advancements in total knee replacements are ways hospitals manage pain before, during and after surgery.

In Williams’ case, the cartilage was worn through on the inside of his knee, and movement had become very painful. The deterioration of his cartilage had also led to physical malalignment, and his knee had become crooked. Without the surgery, Roeder says Williams would have seen more pain and more loss of movement.

With his surgery scheduled, Williams says he wasn’t nervous, and his dedication to physical therapy meant he was back in the saddle six weeks after leaving the hospital. The pain was immediately gone. “I think it surprised him that it was so much better,” Susie says. “Everything is easier now.” Williams can walk pain-free; he can sleep through the night; he can relax on the drive to Springfield without having to stretch his legs; and he can ride horses again. “If I had to do this all over again, I wouldn’t have waited so long to get the surgery,” he says. “I would tell anyone that once it starts hurting, get it done.”

Today, Williams is back in the saddle, and oddly enough, the stable he rents during the winter is on Roeder’s route to work, which means the doctor gets to see a glimpse of his patient back at his favorite hobby several times a week.

“I didn't want to talk about the pain because no one wants to hear you complain.” 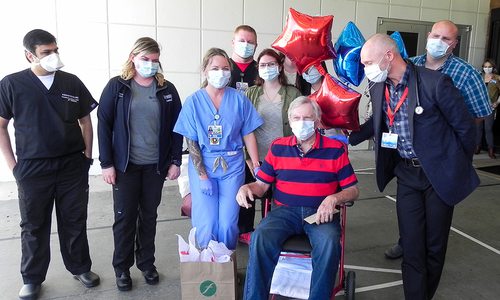 After 45 days in the hospital due to COVID-19, Wallace Lea was able to head home having beat the odds that were stacked against him, thanks...