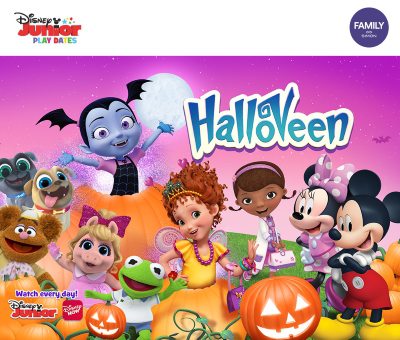 Battlefield Mall invites the community to a "Vampirina"-themed Disney Junior Play Date event. Aimed to entertain and delight children of all ages, the event will take place on Saturday, October 27, from 6pm to 8pm.

Disney Junior's hit animated series "Vampirina" tells the story of Vampirina (aka "Vee"), a lovable young vampire girl, as she faces the joys and trials of being the new kid in town after her family moves from Transylvania to Pennsylvania. Inspired by Disney Publishing's popular children's book series "Vampirina Ballerina," the series airs on Disney Channel and Disney Junior and is also available on the DisneyNOW app.

During the "Vampirina"-themed Disney Junior Play Date event, families will participate in a variety of activities including themed crafts and Halloween goodies while supplies last. The fun starts at 6pm in the Women's Dillard's Court. This event does not include live character appearances.

Out of Cone-trol Ice Cream