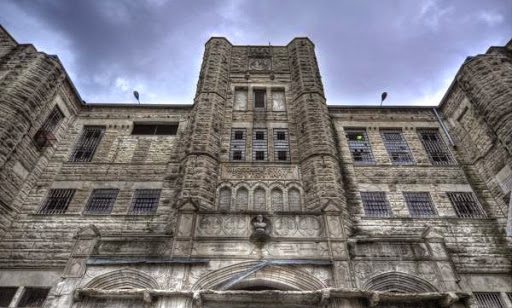 Ghost Hunt Weekends, the world's leading paranormal event company, has announced a celebrity ghost hunt with the stars of Destination America's TV Show "Ghost Asylum" to be held at the Missouri State Penitentiary on Saturday, May 05, 2018.

Ghost Hunting and paranormal enthusiasts will be treated to an evening of Photos, Autographs, Meet & Greets as well as an opportunity to ghost hunt alongside the Tennessee Wraith Chasers, just like they do on the show.

The Wraith Chasers have firsthand knowledge of it's dark and menacing history and haunts. The Missouri State Penitentiary was featured in Season 3 of their TV Show "Ghost Asylum". The team of guys spent the night using all kinds of experimental equipment and ghost hunting techniques in hopes of capturing some paranormal activity.

"This place was open a 100 years before Alcatraz," said Chris Smith, founder of Tennessee Wraith Chasers. "So you know this place has soaked up a lot of energy that these prisoners left behind" Smith added.

Built in 1836, the Missouri State Penitentiary operated as the state's primary maximum security prison until it's closing in 2004. It was the oldest operating prison west of the Mississippi and gained the nickname "the Bloodiest 47 Acres in America" from the number of deaths inside the walls resulting from Riots, Violence, and Executions over its 168 years.

The Missouri State Penitentiary is located at 115 Lafayette Street in Jefferson City, Missouri.For information on this event or to make reservations, visit the Ghost Hunt Weekends website at http://www.GhostHuntWeekends.com or by calling Toll-Free 1-800-604-9101