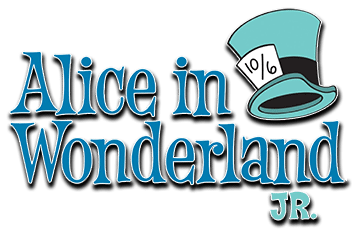 
Travel down the rabbit hole and join Alice, one of literature’s most beloved heroines, in her madcap adventures. Featuring updated songs from Disney’s thrilling animated motion picture, Disney’s Alice in Wonderland JR. is a fast-paced take on the classic tale.

The ever-curious Alice’s journey begins innocently enough as she chases the White Rabbit. Her adventures become increasingly more strange as she races the Dodo Bird, gets tied up with Tweedle Dee and Tweedle Dum, raps with a bubble-blowing Caterpillar and beats the Queen of Hearts at her own game!

Roles are plentiful, including three Cheshire Cats and dozens of other wonderfully wacky characters, including rock lobsters, talking fish, royal cardsmen, un-birthday partiers, and a group of “mean-girl” flowers!