How to Get Started Beekeeping in Southwest Missouri

See how some Southwest Missouri residents are doing what they can to preserve one of the most important animals on the planet - Honeybees! 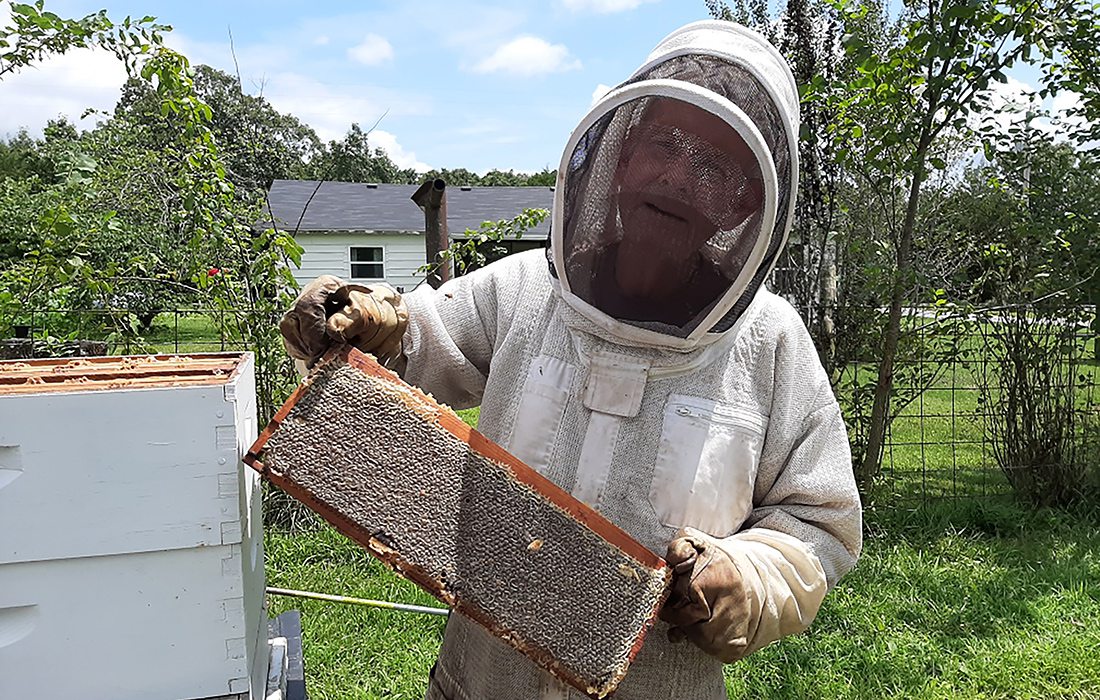 Photos courtesy John MooreBeekeeper John Moore started beekeeping as a hobby, but now he has dozens of hives.

Honeybees remain one of the most important animals on the planet, and some southwest Missouri residents are doing what they can to preserve these precious creatures. John Moore and Debra Shantz Hart had been friends for years before the two decided to enroll in a beginner’s beekeeping class in January 2010. The class was hosted by the Beekeepers Association of the Ozarks. Moore, who is formerly the president of Drury University, and Shantz Hart, owner of multiple housing developments, are both outdoors enthusiasts. Both of them own farms outside of Springfield, and their love for the outdoors drew them to beekeeping. “I was interested in it because my grandfather had done it, and I had helped him as a boy,” Moore says. “I’ve always been fascinated with flora and fauna of all sorts, and bees are fascinating insects. Besides, I thought it would be fun to see if I could be successful at keeping bees and producing honey, which I enjoy.”

In the 11 years since Moore started beekeeping, he’s created quite the operation. When he started, he had two colonies. Now he works with his business partner, Valerie Nichols, and the two of them have 75 to 100 colonies, depending on the year. As the years passed, Moore discovered that once he got the hang of beekeeping, he could make a little money selling honey. Depending on the year, he and Nichols make 200 to 250 gallons of honey, most of which they sell to clients earned throughout the years.

Moore’s operation is quite large, but Shantz Hart’s operation is much smaller. She is technically classified as a hobbyist, which is where all beekeepers start out. While Moore has dozens of colonies, Shantz Hart currently has four hives, which she keeps on her farm. Though both Moore and Shantz Hart keep their bees outside Springfield city limits, the City of Springfield’s City Council approved an ordinance in 2014 allowing beekeeping in residential neighborhoods. According to the ordinance, two hives are allowed on lots that are at least 5,000 square feet. 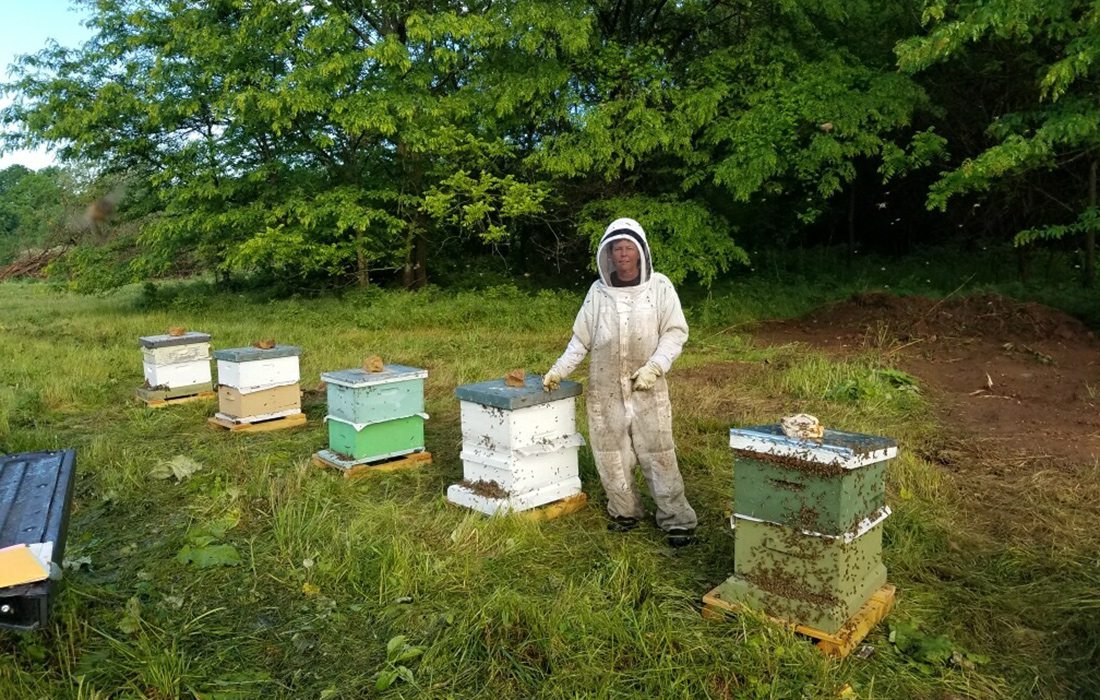 Photos curtesy of John MooreJohn Moore with some of his many beehives.

Though beekeeping might sound intimidating at first, it can feel rewarding, and it’s the kind of hobby that greatly benefits the environment. According to the Beekeepers Association of the Ozarks, if not for honeybees, the produce department at a grocery store could be 75% smaller. The association’s website says that food items like apples, almonds, watermelon, cucumbers and oranges are all staples that rely on bees for proper pollination.

Both Moore and Shantz Hart recommend those interested start out by enrolling in a beginner’s course with the Beekeepers Association of the Ozarks. The organization offers classes throughout the year, some of which are on the weekends. Moore also recommends finding a mentor, reading books and articles and watching YouTube videos to get a feel for whether or not the hobby is something you’re interested in. Moore recommends starting this process in late fall or early winter. 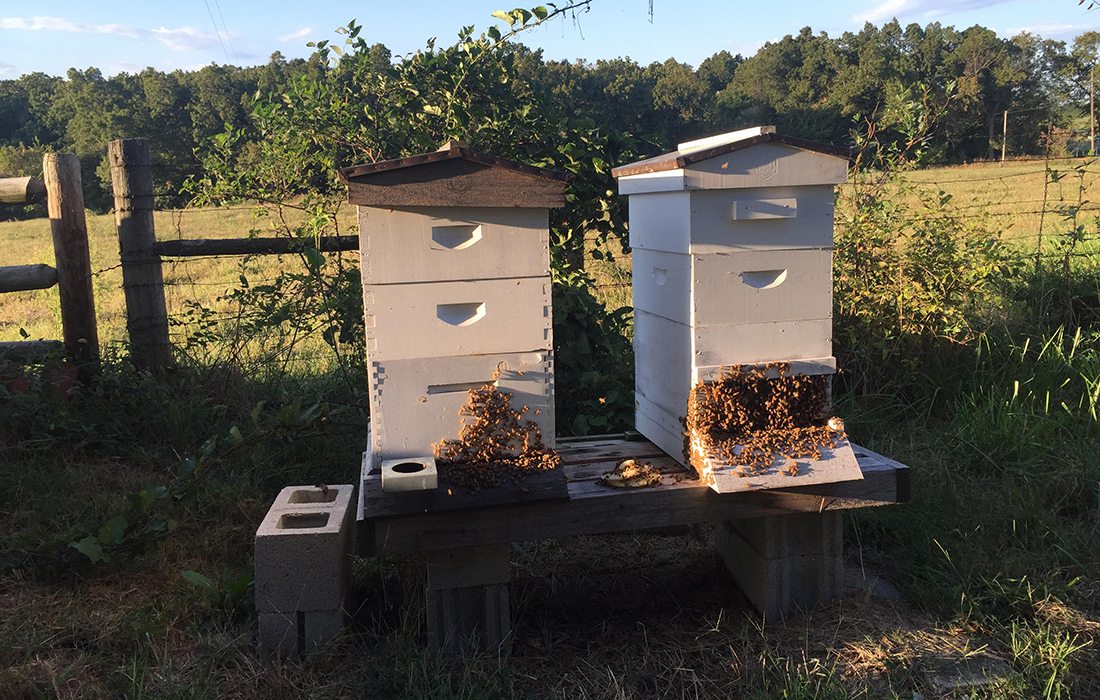 Once you’re ready to make the leap, the next step is purchasing your supplies. To begin beekeeping, hobbyists will need a veil and/or hood, gloves, a bee suit, hives and super boxes, frames, feeders, a smoker and, of course, bees. Shantz Hart purchased some of her supplies from Nixa Hardware & Seed Company and other local beekeepers. Moore also recommends Race Brothers Farm & Home Supply or purchasing gear online. A word of advice: Shantz Hart recommends purchasing a zippered hood  instead of a drawstring hood to keep the bees away from your face. Once your supplies arrive and everything is set up, it’s time to begin beekeeping. Shantz Hart says March or April is usually the best time to set up a hive because bees are most active in late spring and early summer. Though bees are active all year round, their activity declines in July. One month later, Moore says he’s usually collecting the honey to be shared with clients and loved ones. 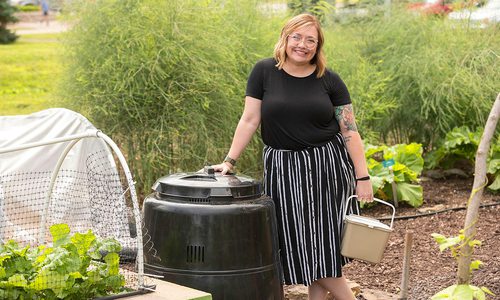 Get Started Composting with These Tips from Springfield Environmental Services

Home composting is easier than you might expect. Ashley Krug with Springfield Environmental Services talks dirt with us and how you can... 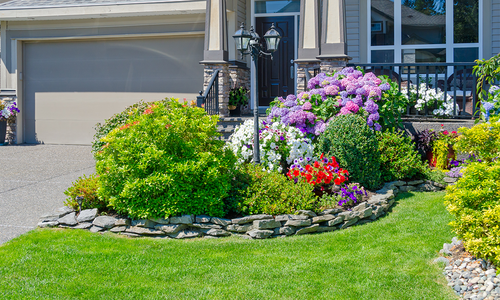 With the help of local gardeners, create an impactful entryway garden that leaves visitors curious to see more. 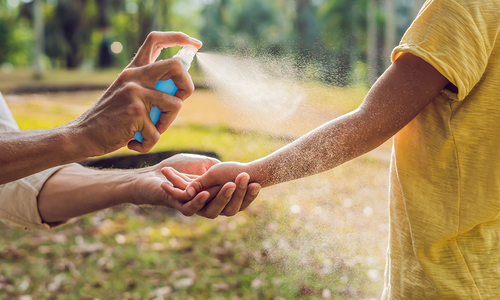 Get Rid of Mosquitos from Your Yard

We found these Ozark resources to help you out when you absolutely do not want to share your outdoor spaces with blood-sucking bugs. 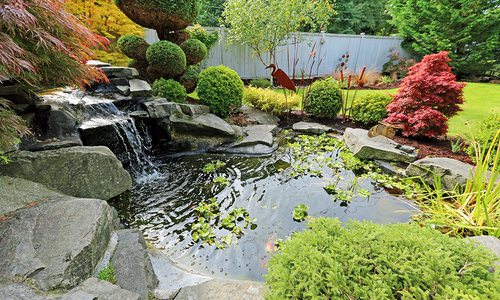 Create a Water Garden in Your Backyard

We called on resident water garden expert Linda Siler from Wickman’s Garden Village in Springfield, MO to give us the scoop on how you can...