Sweet Springfield staple Bon Bon’s Candy House has moved to a new location at the Brentwood Shopping Center. We made a stop to see the new store.

I can’t eat chocolate. This isn’t because of a medical issue or dietary restriction, it’s a self-control issue. I’ve never understood how anyone can eat a single piece or square or segment of chocolate, or chocolate-coated whatever, and not the whole thing. Because of this tendency to binge, it’s easier to avoid it altogether. This made my trip to the new Bon Bon’s Candy House location (2720 S. Glenstone Ave. Springfield, MO) difficult, especially since they were offering free samples. In my mind, I said “no, thank you” when the tray was in front of me, but in reality I picked a salted caramel block coated in thick milk chocolate and then tried to introduce myself through the salty-sweet haze that descended over me.

When I came to, I spoke with Bonnie Nolen about the new location. Anyone with a sweet tooth in Springfield, MO is familiar with their previous location at the Parkcrest Center. The reason for the move, according to Nolen, was having to chase the traffic of the Brentwood Center. “There are so many amazing shops over here that we wanted to be a part of it,” she says. “We decided we just needed to move.” The Brentwood Center, which has seen several new stores in recent years, is a prime spot, with Bon Bon’s unique logo visible from Glenstone Avenue. 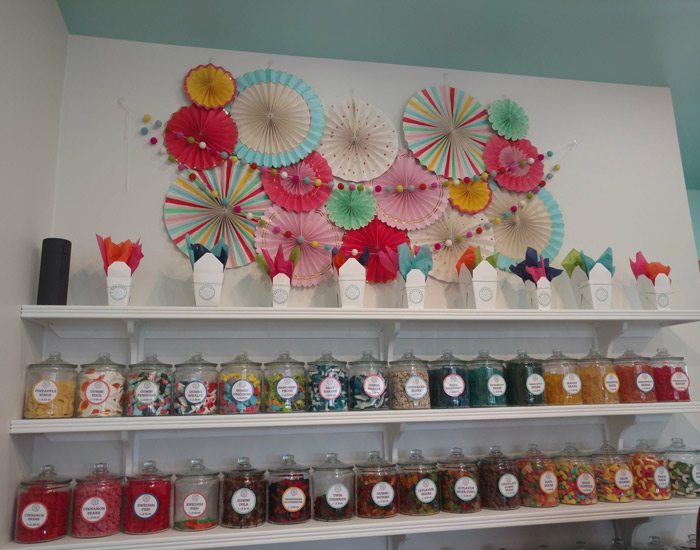 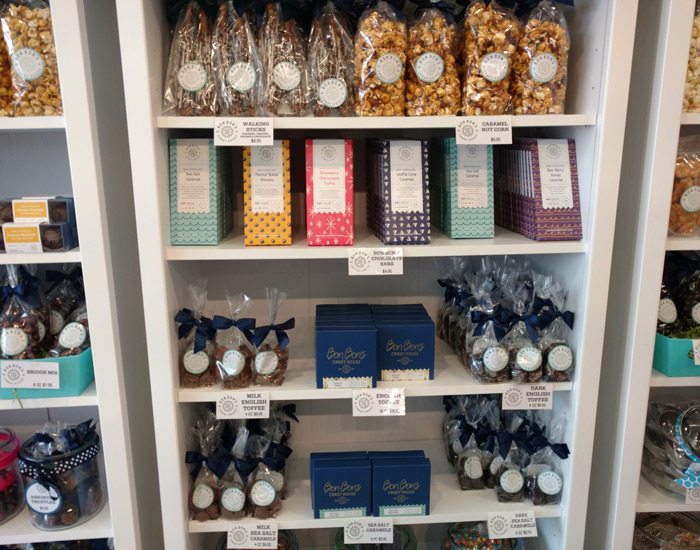 The interior of the new store has an open, airy feel thanks to the cool, bright color scheme. The idea, says Nolen, was to give a canvas for the bright-colored candy to pop out from. Nolen was able to have significant input on the new store’s design, but credits Andrea Deckard of A. Deckard Interiors as “the eye behind everything.”

The old-fashioned feel of the previous store isn't completely gone—Bon Bon's gourmet chocolate is still displayed in the custom-made wooden cabinets that have been in use since 2002. “This is what everybody knows,” says Nolen. “They’re going to be an antique someday.” The cabinets still evoke the feel of an early 1900s country candy store, even surrounded by the clean, new and modern decor. I felt compelled to take a few pictures of the cabinets and the chocolates inside before the sugar vapors took me again. 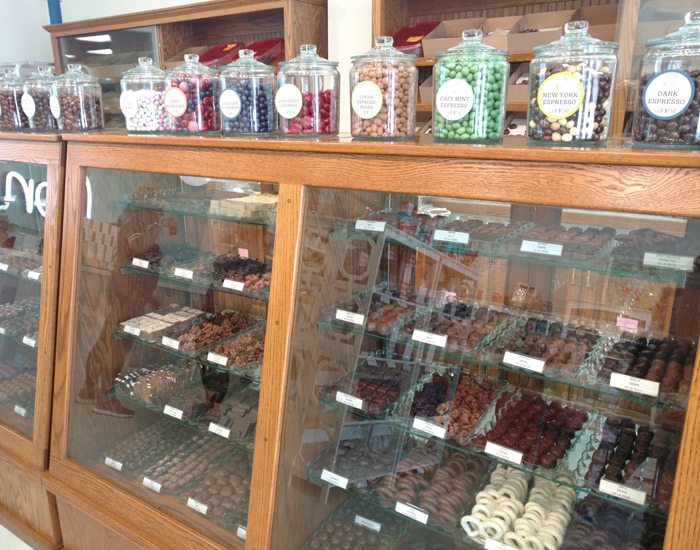 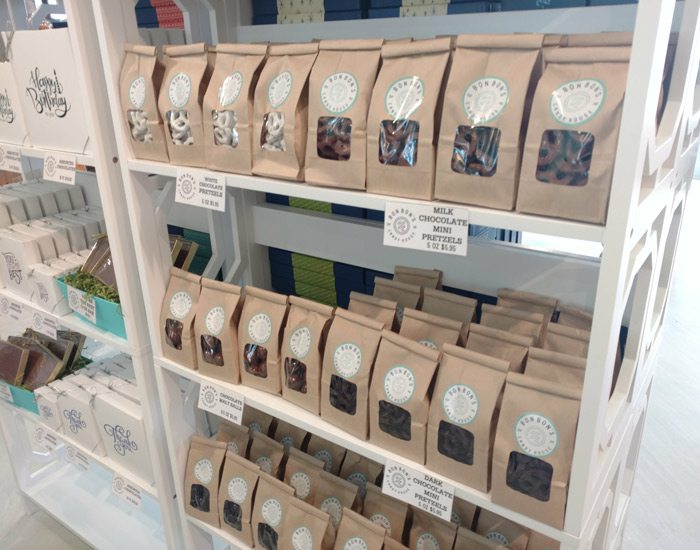 The location isn’t the only thing that’s new for Bon Bon’s Candy Store. Along with a few new gummy products and sweets, Nolen also talked about an upcoming new feature. “Instead of doing our classes, we’ll have stools here,” she says, showing me a low table at the storefront. “We have a chocolate dispensing machine that’s coming, it’s Italian, and it’ll dispense milk chocolate. You’ll choose from a menu which items you want to put in your candy bar and you’ll get to decorate it yourself.” Menu items will include things like gummies, pretzel pieces and even some more adventurous things like bacon and potato chips. This allows for more flexibility than the previous candy-making classes, says Nolen, which had to be booked in advance.

The new location is open now and Bon Bon’s Candy House continues to offer catering and gift options, too. We’ll be sure to try out the new custom candy bar once it’s up and running. In the meantime, pay a visit to the new store and ride the rest of your day out on a sugar high. 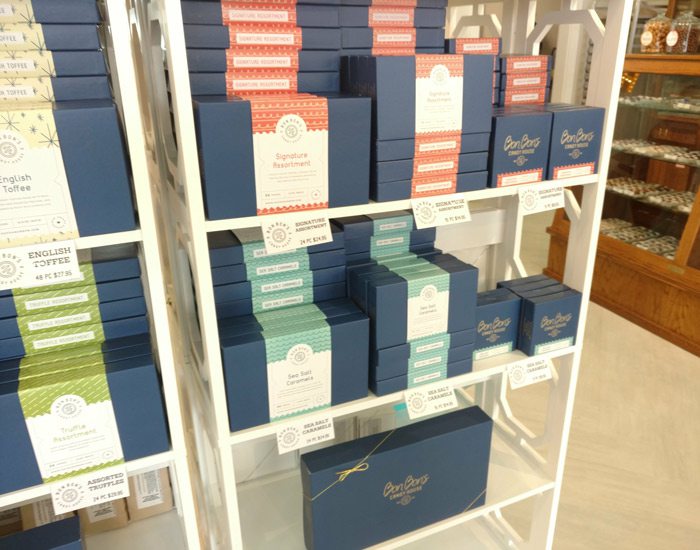 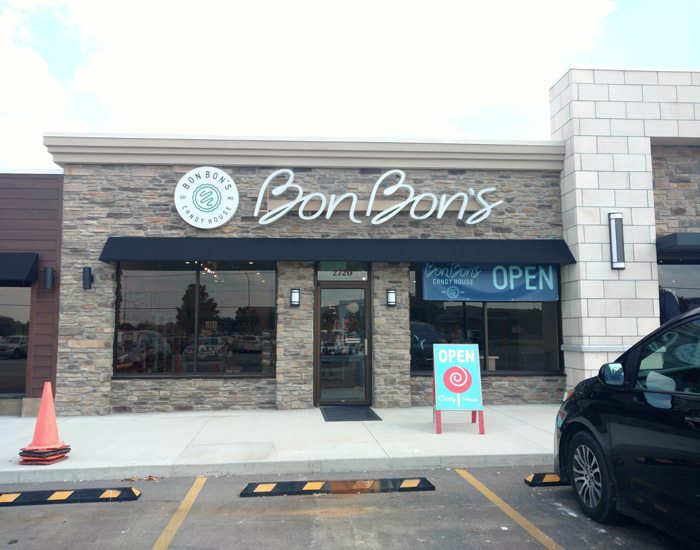 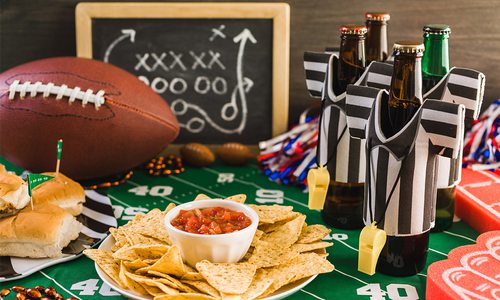 How to Celebrate the Super Bowl in Springfield

Game day is this Sunday at 5:30 p.m. Don't have plans? Take a peek at what's going on in Springfield, Missouri.

Tim Hill describes Brown Derby as his happy place. It’s where he’s been working for 19 years, and it’s where he now spends five days a week...