Brandon Moore, Down in the Dirt

From the opening belly laugh to the closing ballad, Down in the Dirt delivers relentless joy. 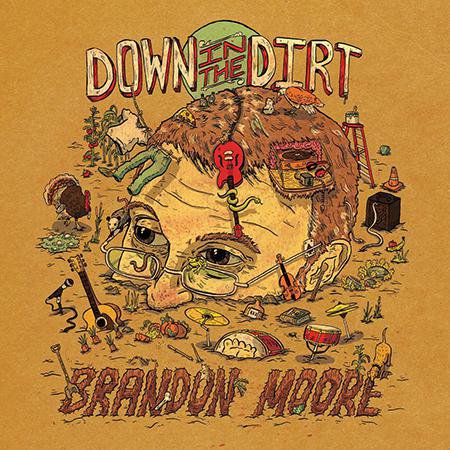 From the opening belly laugh to the closing ballad, Down in the Dirt delivers relentless joy. “You’re a river of hope, and I want to float,” Brandon Moore sings on “Down This Road,” the opening number of his debut album. The themes of that single line—hope, love, nature—are prevalent throughout the 14-track release that was produced by Jim Rea and features more than two dozen musicians. Rooted in folk and rich in harmonies, the songs span Moore’s writing career and jam with masterful—and sometimes quirky (see “Play Those Strings”)—artistry. From the gracious down-tempo tunes (“Take”) to the barn-burners (“Wrecked”), Moore is right at home. Down In The Dirt was released to Spotify streaming last week, and is available on CD with a release to vinyl planned this winter.