Enjoy food, dancing and plenty of Italian family drama in this immersive experience. 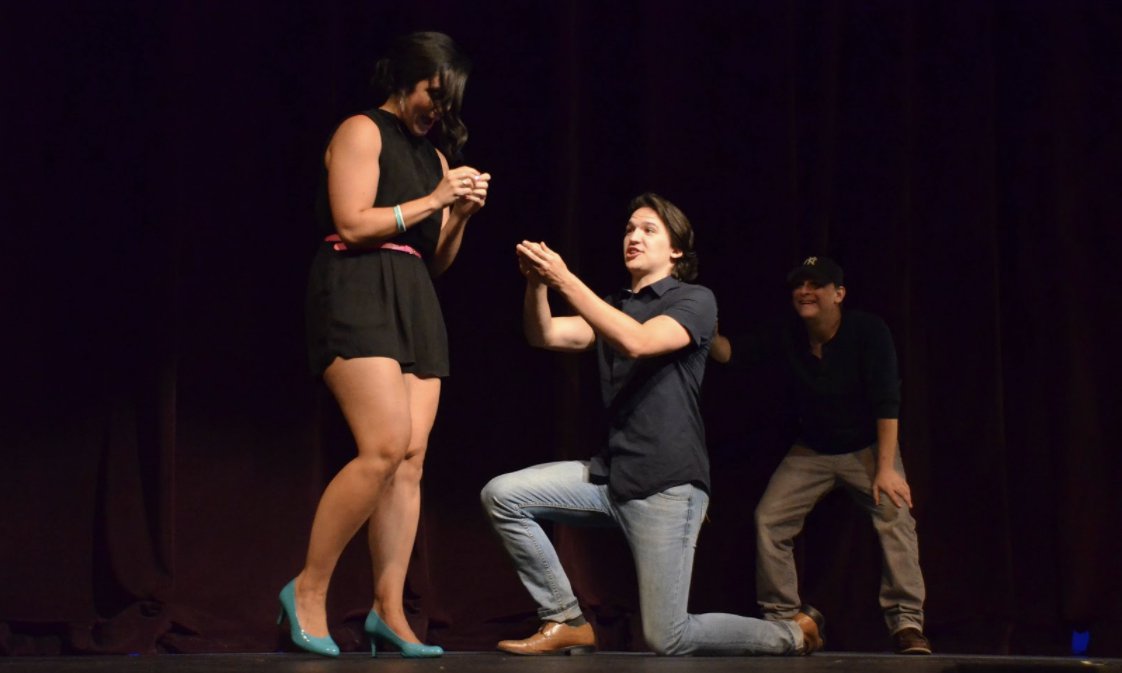 When Tina Vitale dreamed of her fairytale wedding as a little girl, she always knew she wanted it to be like her personality—big, flashy and beautiful. In fact, she wants the event to be so huge that she is extending the invite to the entire community, which means from February 14 through 25, you have the chance to watch her tie the knot with Tony Nunzio.

The big day is sure to be full of dazzle, flare and Italian influence. Judging from their public engagement at Springfield Little Theatre’s production of Mamma Mia!, there will also be plenty of drama. Luckily, the groom-to-be’s best man, Barry Wheeler, caught the proposal on video.

“At first I was a little confused and also a little pissed because I was going to the theater with Connie, just a girls night out,” Vitale says. “Before the show starts Tony comes on stage and was like ‘Tina, Tina where are you?’ And I get up there and Barry is all up in my face with a camera and I have no freakin' clue what Tony is up to.”

Vitale says she was surprised at the way he proposed because Tony doesn’t normally like having the spotlight. In addition, he often pulls pranks on her, so she thought it was another one of his schemes. But after she got over the initial shock and figured out that he wasn’t joking, she was thrilled.

The couple met two years ago when their best friends Wheeler and Connie Mocogni introduced them. “Tony and me kept it kind of casual for a little while, because he’s a Nunzio, and, you know, the Nunzios and Vitales don’t exactly get along,” the bride-to-be says. “But when my dad died, Tony was there for me and was kind of like my rock. There was no denying that we had something good going on, so we said 'screw it' and told our families. Now he's my person. My ride or die. I'm very lucky.”

After the ceremony, guests are invited to the reception, both of which will be held at the Old Glass Place. Attendees can expect to indulge in some fine Italian food, cake, dancing and plenty of one-on-one gossip with the couple’s family in this immersive experience.

Purchase a ticket for Tony n’ Tina’s Wedding and enjoy the event where laughter and a few uncomfortable moments are sure to ensue.