Our Review of SBC’s The Cellar

The Cellar, a new music hall concept from Springfield Brewing Company, invites you into its own beautiful little world. 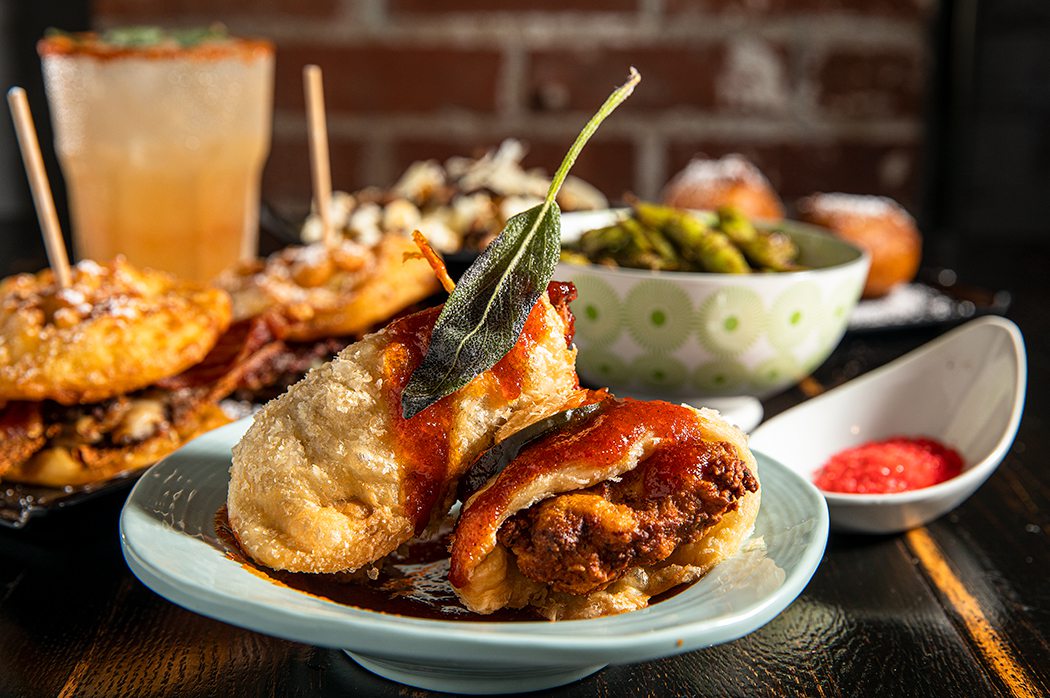 Photo by Brandon AlmsThe food menu at The Cellar features mostly appetizers you can share or enjoy by yourself. Purchase Photo

When was the last time you felt like a real person? For me, it was probably early March 2020, right before the world went wacko. Then, I grabbed drinks with friends without a second thought and let myself be annoyed by live music if it was so loud it made conversation difficult.

For more than a year, casual bar-sitting felt like a relic of the past. So, I can’t say I completely understood why the team at Springfield Brewing Company tossed their original plans for The Cellar (a rentable event space) and pivoted to a casual bar and music hall concept. I know the event business hasn’t exactly been lucrative lately, but I can’t image that bars have fared much better. Of course, vaccines are starting to shift things back toward some form of normalcy, so once my mom and I had both been vaccinated, we decided to head to The Cellar on a Thursday evening.

While I wouldn’t classify The Cellar as a dinner spot, you can definitely curate a smorgasbord large enough to fill you up. That’s what I decided to do on my visit earlier this spring. In total, I ordered just under 50% of the menu. My mom and I agreed that our favorite item was Zea Mays Everta, a black truffle oil-tossed popcorn topped with thin sheets of parmesan cheese and portobello jerky.

The chips, which were a Jamaican jerk flavor that day, came in close second followed by the puff pastry-enclosed chicken nugget-like creations. We also ordered the Tacony Taconi Taconé, a kind of taco-like creation, and the Tso What? shrimp crackers topped with tso chicken. I finished off my order with the Sage Advice cocktail: a blend of blue agave spirits (think tequila), grapefruit nectar and toasted sage. It was like a margarita wearing a pink dress. Overall, the food was just alright, but I was okay with that because my drink was ah-ma-zing, and so was the atmosphere.

Thursday evening at The Cellar is jazz night. When we arrived to the open, warehouse-like space adjacent to Springfield Brewing Company, a pianist, guitarist and saxophone player were singing a tune toward the entrance. We couldn’t believe that three real, live musicians were playing right in front of us. It had been so long! With a drink in hand and a vaccine card in my wallet, I really felt like I was able to relax and enjoy myself in public for the first time in a very long time. 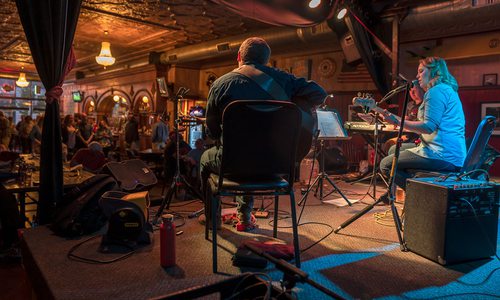 The Best Local Spots for Live Music and Food

There’s no better way to satisfy your taste buds than with an amazing meal at your favorite local hot spots, but up the ante by listening...