On this page, we introduce you to one of the people who help make 417 Magazine happen. This month, meet one of our creative coordinators, Alex Solomon. 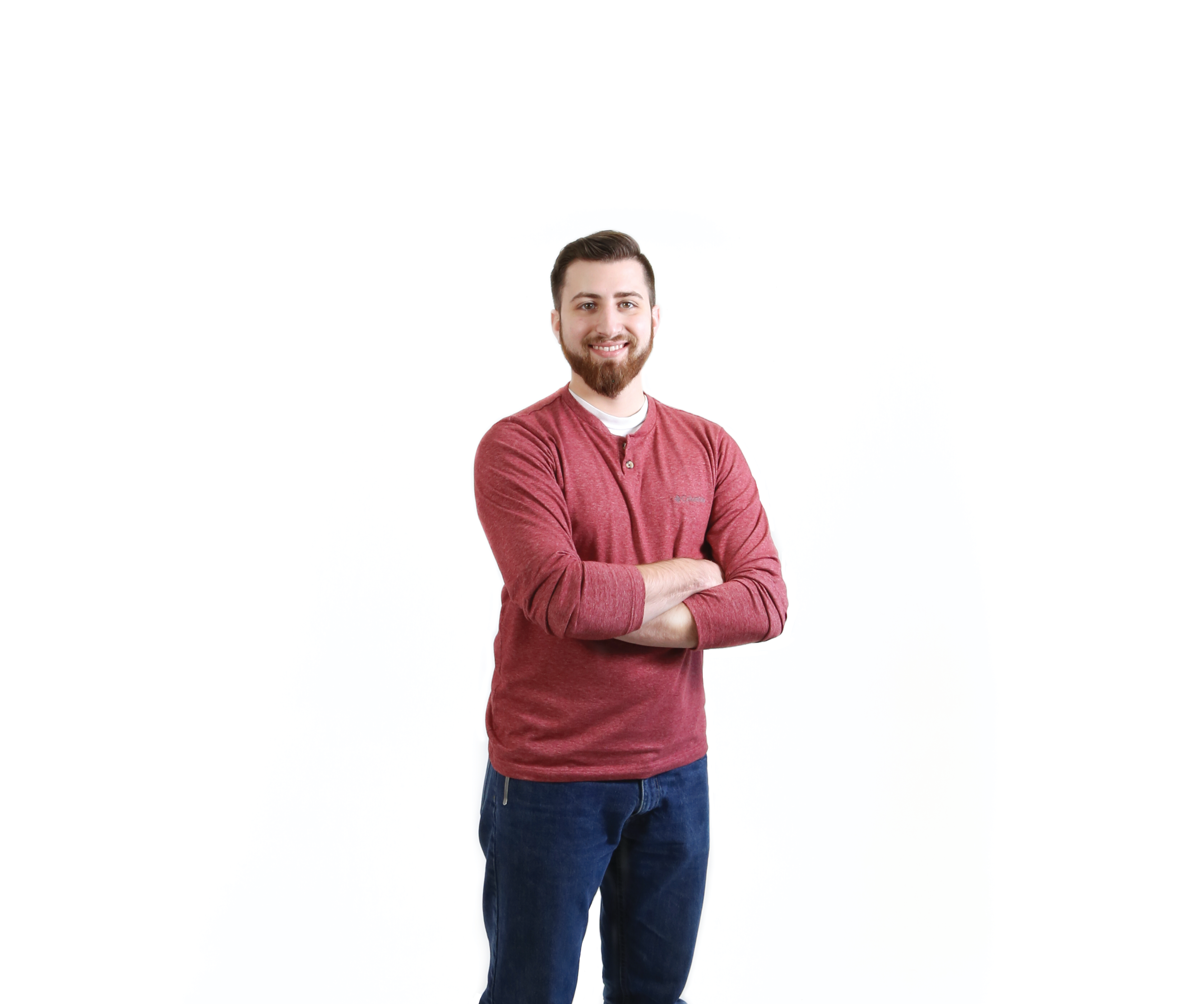 Describe what you do at work day-to-day.
My day-to-day usually consists of ad design and photo shoots. I’ll spend time coordinating with clients to determine what they would like their ad to be like, implementing that in a design and working with clients on tweaks to the ad so that the final product is something they love. If I’m not in the office designing, I’m usually out on a photographing content for ads that could be anything from airplanes to soap bars and more.

Describe something you worked on recently or are working on right now that you’re proud of?
I recently finished up an ad for a company that focuses on selling local products in stores around 417-land. Due to the large variety of products being featured and the changing inventory, I needed to design an ad that was flexible, but still maintained consistency with the brand and past ads. I ended up photographing several products from multiple angles so that the products could be placed in or taken out of the ad at ease. The result was exactly what I had hoped it would be and is my favorite ad I’ve created yet.

What’s the weirdest thing you’ve ever had to do for this job?
Getting awkwardly close to people in Photoshop is always weird. If I need to cut someone out of a background, it requires me to get real close and personal with whoever I’m cutting out—definitely a little uncomfortable at times.

What’s your favorite thing to do in 417-land (preferably something you can’t do anywhere else)?
I haven’t been out and about as much as I’d like, but I love going to Two Rivers Mountain Bike Park and hanging out at Andy B’s. Fun Fact: I have yet to actually bowl at Andy B’s though, I mainly play skeeball and laser tag.

What’s your favorite thing to eat that you can only find in 417-land?
Anything from the Great American Taco Company is always amazing. I’ve never had a bad meal there.

If there were a movie about your life in 417-land, what would its title be?
Moving with Friends. I first heard of Springfield from my girlfriend who had recently gotten a job here. When I was interviewing for my current position at 417 Magazine, one of the questions I was asked was how I heard about the job. I felt it would be unprofessional to mention my girlfriend during an interview so I just said a “friend” of mine moved here recently and that’s how I heard of 417 Magazine. During my first week of work, it was discovered that my “friend” was actually my girlfriend, and I have been getting a hard time about it ever since. Side note: I told my girlfriend about this the day it happened and she said she would’ve done the same thing as me.

What celebrity would you most like to have coffee and conversation with? Why?
I’d love to have coffee with Morgan Freeman. He seems like a guy who would have a pretty neat perspective on life, and it’d be a blast to pick his brain. Plus, his voice is just awesome. I’d ask him to narrate my life.

What do you do in your free time?
I love to be outdoors and ride my bike. Once it warms up I’m hoping to spend a lot more time at Two Rivers Mountain Bike Park. I also really like to run, watch movies, hike, swim, paddleboard, kayak and play skeeball—all of which are much more fun done with my girlfriend, Brandy.

What would you do if you won $1 million?
I would set aside half for a retirement fund, donate a lot to charities, and then take one to two years off and travel the world. There are so many places I’ve never been but would love to visit if it were possible.

What is your Facebook status right now?
“When you need something strong to take on tough messes, you can count on Brawny.” This was from our 417 Halloween Costume Contest. I was Brawny man. I don’t post a whole lot to Facebook, if you can’t tell by my 5-month-old status.

What restaurant do you wish was located in 417-land?
Back home in Carbondale, Illinois there is a pizza place called Quatro’s Deep Pan Pizza that I wish was in Springfield too. They have a Buffalo Chicken Pizza that is literally life-changing. Between the amazing cheese and perfectly crispy crust is a mouthwatering combination of spicy ranch, seasoned chicken, onions, bacon and green peppers. I still haven’t been able to find anything that’s quite as good.

What talent would you most like to have?
I’ve always been fascinated by the piano and would love to learn how to play. I don’t know if it’s something that will happen anytime soon, but it’s on my bucket list.

What is your favorite thing about working at 417 Magazine?
Hands down, it’s the culture. I’ve never worked anywhere that knows how to play just as hard as they work. There’s never a dull moment in the office, and it definitely makes going to work something to look forward to.

What superpower do you wish you had and why?
I wish I was able to fly. I’d save a lot of money on gas and get places much quicker. Add in the fact that it’d be a ton of fun, and I can’t really think of a better superpower.