We head to Bistro 58—the restaurant in Vino Cellars at the Lake in Branson West—for lunch with a view. 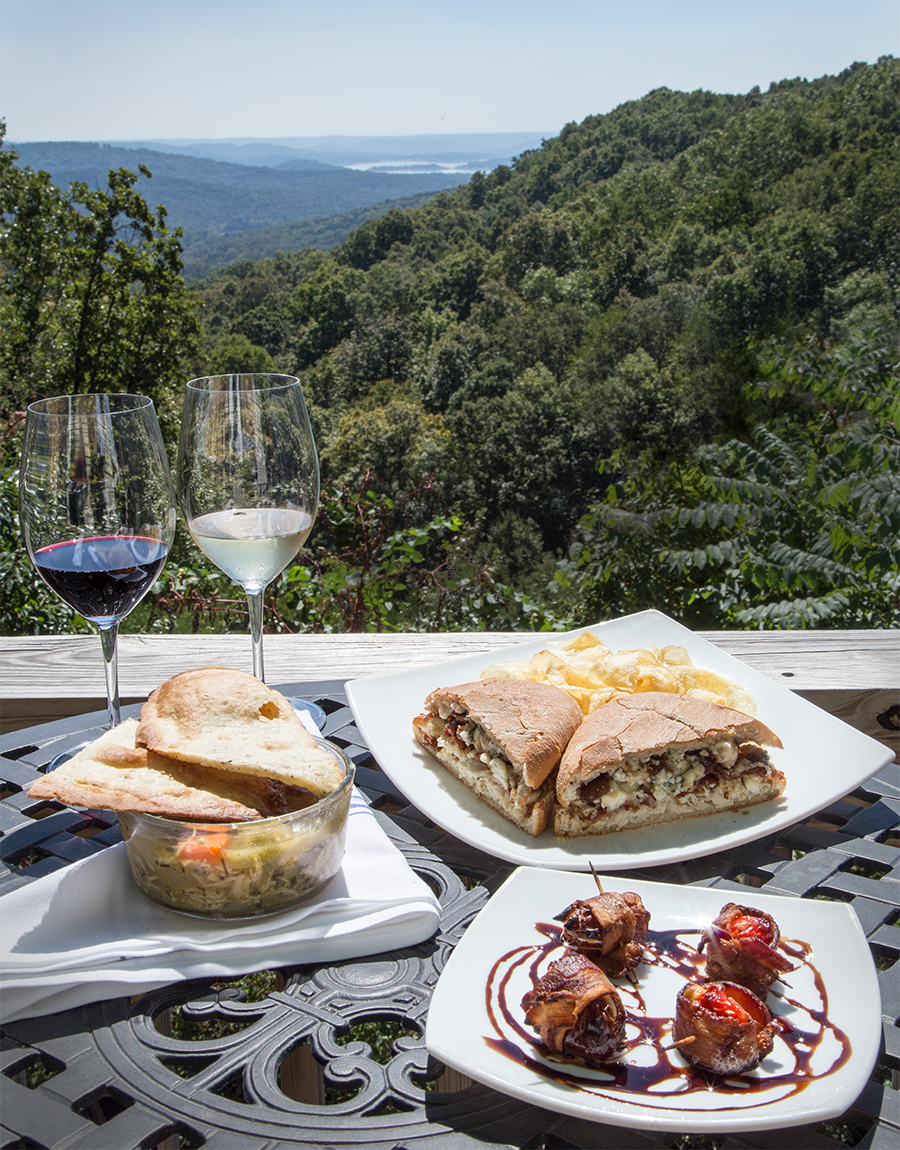 Now that November is here and 417-land’s typical lake season is long gone, most people have put their weekend trips to Table Rock on hold. And that’s exactly why we think it’s an even better time to visit. There’s less traffic and less hustle and bustle, and while you may not get in any swimming or sunbathing, those jaw-dropping views are still as beautiful as ever. I made the treasured trip down Missouri 13 on a recent Tuesday as I set out for lunch at Bistro 58. Located inside of Vino Cellars Wine Shop & Lounge, it’s the popular road-side spot’s newest restaurant adventure that opened in October 2014. Bistro 58 serves lunch Tuesday through Saturday plus dinner every Friday night, with the dinner menu changing each month based on what’s in season. 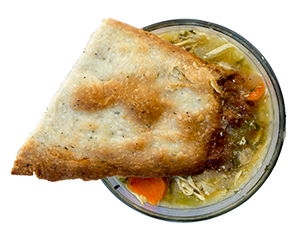 The restaurant was rather quiet on my trip, as there were only a couple of ladies sharing the dining room with me. I was happy about this. It made it easy to snag a table near the deck and hog the view—a sea of lush treetops and a distant glimpse of Table Rock Lake—all to myself. I was dining solo, but I knew I still had to try several things on the menu to write a proper review. After all, duty calls! I started my lake-side culinary adventure with a stuffed peppadew pepper and a stuffed date. These are both appetizers that I’m fond of at a couple of local Springfield restaurants (I won’t mention any names, but you probably know where I’m talking about), and I was excited to see how they stacked up. The items both arrived plump and piping hot, which was a great first sign. The fat, red peppadew had a mild-flavored filling of herbed cream cheese, and it came wrapped in a thick strip of hickory bacon. The sweetness of the pepper shined, and the bacon added a nice meaty finish to the otherwise light appetizer. I was a fan.

The date app featured an entire date sliced in half and filled with jalapeño cream cheese, and it packed quite a bit of heat—more than I was expecting. But the spicy kick was balanced by a bit of sweetness from the date itself, and as a whole, the creation was a great complement to the sweet pepper. I actually loved having them both in one sitting, and it was made easy: they are sold as single servings on the starters menu. After trying them both, I can confidently say that either one could compete with the same items from those other unnamed restaurants a bit north. 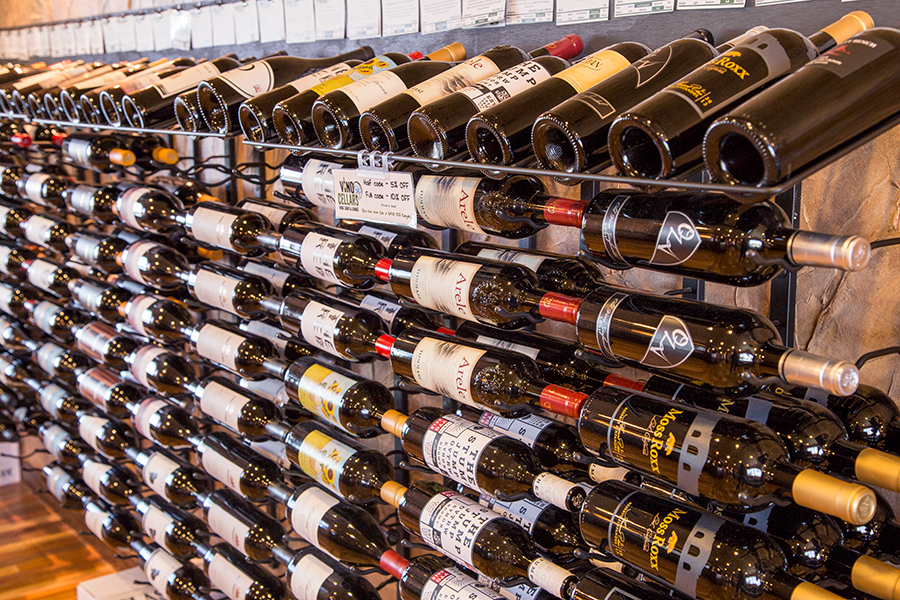 The menu is filled with several tempting sandwiches and a few entrees, and after a bit of internal debate, I ended up choosing the chicken pot pie entree. The server explained that their version of this classic is anything but typical—instead of a traditional pie, it’s actually a liquidy broth filling that comes adorned with an herbed crust that is baked separately—but I still ordered it. And after two bites, I was happy I did. It comes served in a bowl and certainly isn’t like the pot pie that Grandma used to make. But the rich broth packs in tons of bold flavors from fresh garlic, loads of herbs, onions, celery, carrots and hunks of chicken so big they hang over the edge of your spoon. It came topped with two pieces of herbed crust, which was along the lines of a bread-cracker hybrid and made the perfect light partner for the dish. The flavors were rich and indulgent, but unlike other pot pies, it wasn’t so heavy that I wanted to unbutton my pants to finish those last few bites. Before I left, I ordered the Steph sandwich to go, and I brought it back to the office. It’s a fully loaded creation that packs plenty of tender roasted chicken, fig jam, gorgonzola and bacon on ciabatta bread. It had a lot going on, but in a good way. The balance of the salty bacon and gorgonzola played with the sweetness of the fig jam, and I was into it. If I hadn’t eaten an entire chicken pot pie entree an hour before, I would have enjoyed it all, but my broth-filled belly only allowed a few bites.

I hope to head back to Bistro 58 to try the monthly Friday night dinner, and I can’t imagine a better time than in early November when the treetops in view should be at their peak fall color. And of course, now I know the perfect place to stop on those summertime trips to the lake.