Kristine Grippo’s work has been seen on screens around the world, but her workshop is based right here in Southwest MO. 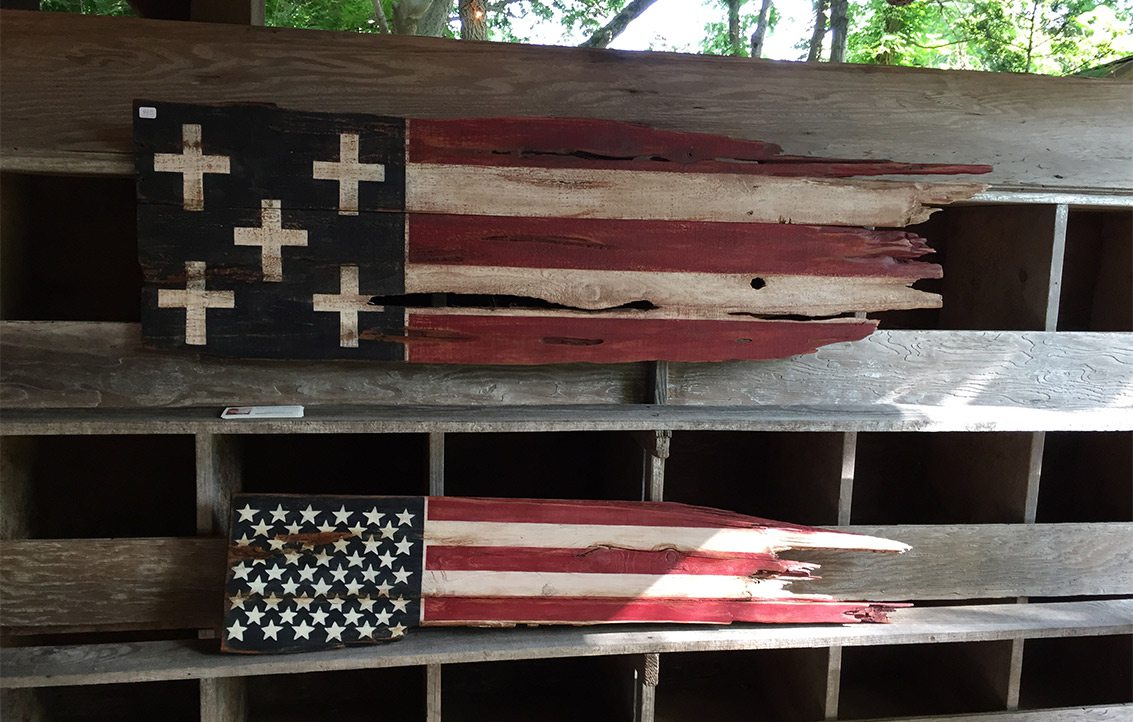 Photo courtesy Kristine GrippoGrippo’s work isn’t limited only to scenery. She has become known for her seemingly-in-motion American flag pieces.

During her career, Kristine Grippo has worked in the Los Angeles area as an art director and artist for music and motion picture industries. Her work can be seen on the History Channel, on billboards, in magazines, on television and in galleries, historic churches, hospitals and private collections. Her work even contributed to an Oscar win for Best Achievement in Art Direction for the film The Curious Case of Benjamin Button. In Southwest MO, Grippo designs wooden American flags and magnolias for home interiors that are sold at Schofield + Gray in Fordland.

417 Magazine: How did you first start working in film?
Kristine Grippo: I was in the music industry for a long time as an artist. I started out working for Tower Records making $5 an hour right out of college—back when they did window displays. The first display I got to do myself, I was intimidated. You get brave, and you go in. My boss gives me three CD covers, and he says, “Pick which one you want to do.” One of them was Aerosmith’s Get a Grip. (My last name is Grippo.) I was promoted and transferred to the store in Santa Monica.

I’m working on this display for a developing artist, like Celine Dion at the time. Just as I was wrapping it up, a man came in the store and said, “What are you doing?” He was the visual effects photographer for the movie Nixon. I walked around and showed him my showcase of work, and I knew this was it. Two days later, the technical special effects director for Independence Day came, and he took me over to the studios [and] showed me all of the 2D editing. Toy Story was just starting. They took me under their wing and opened the world for me.

417: How did you come to work on the film The Curious Case of Benjamin Button?
K.G.: It’s a funny personal story. My boyfriend at the time booked a trip to Ireland without me. Needless to say, that relationship ended. As soon as he left, I got the call to come on The Curious Case of Benjamin Button in the paint department. Once you’re in, you’re locked in 24/7. And look what happened; it ended up getting national acclaim for being one of the most beautiful movies.

417: And your work generated an Oscar win for Best Achievement in Art Direction?
K.G.: It’s nice to have your peers recognize you as well for the work you’ve done. It’s rare. It’s very rare. It’s amazing to have a venue where you’re able to do that… creatively especially. It’s very challenging; it’s not glamorous at all; it is tremendously hard work. We were the best of the best. 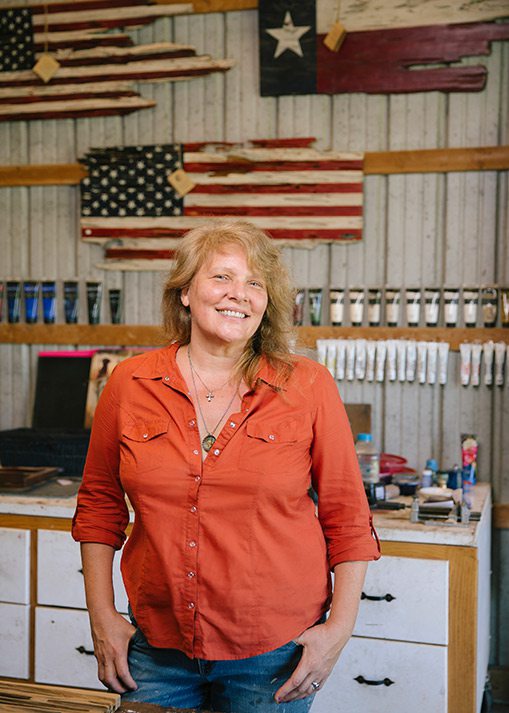 For Kristine Grippo, life is one window of artistic opportunity after another. 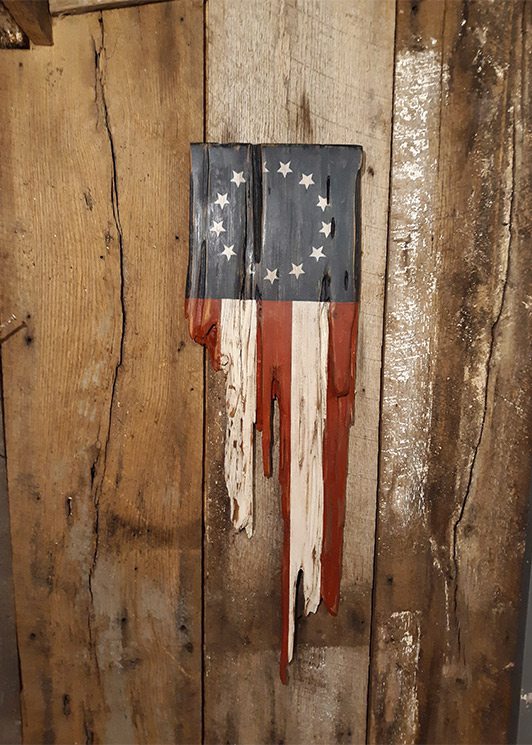 One of many of Kristine Grippo's handmade wooden flags.

417: Did Brad Pitt ever ask you to paint him?
K.G.: No! The one thing about Brad Pitt was that this was the first film shot in New Orleans after Katrina. He wanted to stay and get everybody up and running.

417: You’ve lived in New York, New Orleans and Nashville. What brought you to the Ozarks?
K.G.: Bass Pro Shops. That’s when I made the first flag and the first magnolia. I made it for my human resource manager who was promoted to corporate. He was like, “You could do this for a living.” Then I sent a magnolia. The day it arrived, the head of imagery department said, “Who did these? Does she work for the company? Get her in here!” [I then worked for] Wonders of Wildlife—building environments and dioramas—everything was changing.

417: How long have you been selling the flags you make now?
K.G.: One year—[as of] Fourth of July this year. I had this leap of faith kind of thing. My friends and I were talking, and they said, “Why don’t you buy a house in Fordland? We’re going to turn this whole area into Eureka Springs,” and I kind of liked the direction it was going.

417: What do you think people find attractive about your flags?
K.G.: They like that they’re beautiful, that they’re interesting aesthetically. And the movement. The way that they’re painted and how it works with the wood. They’re not really random. They are professionally and artfully done. [They] look almost effortless, but it’s very particularly orchestrated. The way people respond when they get them is just worth it. They’re so happy to have it, and each one is original and comes with a letter of authenticity. 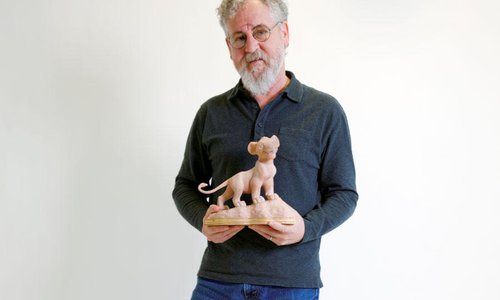 Getting to Know Kent Melton

Skill and serendipity led this lifelong artist from small-town schools with no art education to a job creating character sculptures for...