Jeff Houghton on His New Podcast "Make Something Where You Are"

We chat with Jeff Houghton about his new project: a podcast that celebrates people doing amazing things exactly where they are. 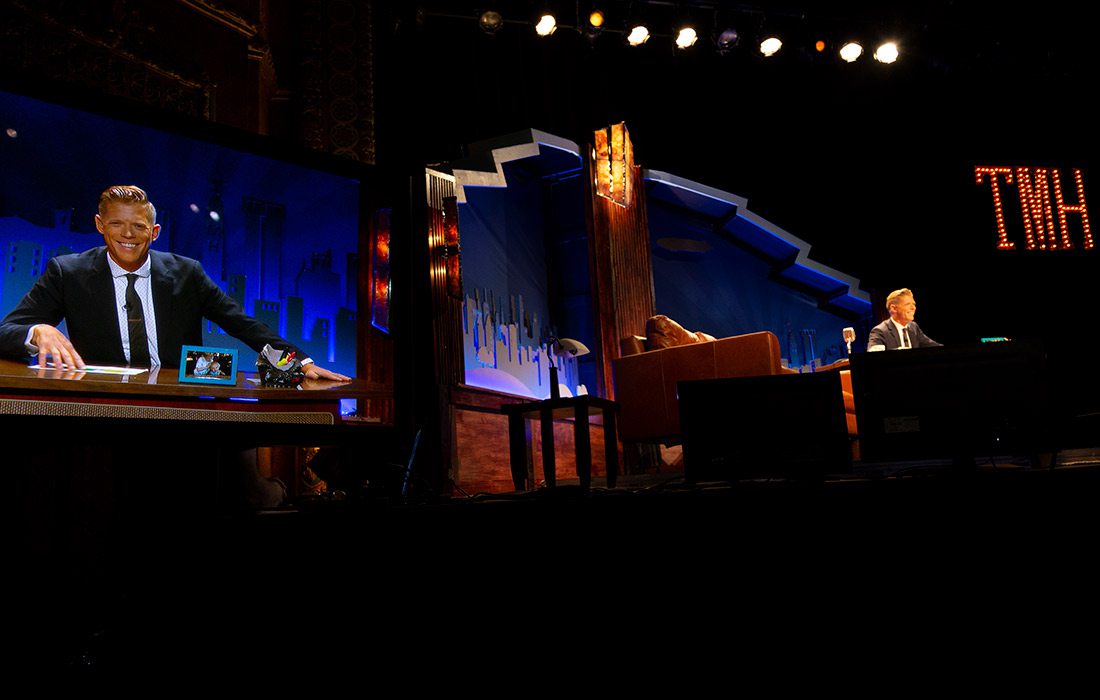 Photo by Vivian WheelerJeff Houghton on set at The Mystery Hour. Purchase Photo

A lot has happened since The Mystery Hour premiered on television in 2012. Nine seasons later, Springfield’s wildly popular late night show airs in a total of 17 markets, is bolstered by a hilarious staff of writers, has an average live audience of 500 and has welcomed guests including Yakov Smirnoff and Napoleon Dynamite star Efren Ramirez. Now, host Jeff Houghton has a new project up his sleeve: “Make Something Where You Are,” a longform podcast that debuts this month. Inspired by a video of the same name produced by The Mystery Hour in 2017, the new podcast celebrates people doing amazing things—regardless of their circumstances.

417 Magazine: How did you get the idea for the podcast?
Jeff Houghton: We put out the “Make Something Where You Are” video about two years ago, and it got a great response. At that time, I was thinking, “This should be something. We should make something more out of this.”

417: What’s the focus of the podcast?
J.H.: I want to celebrate people who are doing amazing things in surprising places. I’m really interested in looking at the heart of what it means to really go for it, to really work to make a cool thing without having to move somewhere else. I should also point out that this isn’t a success podcast. I’m certainly interested in hearing people talk about their successes—Shawn Askinosie is on one episode—but I’m really interested in hearing people talk about their failures. In one episode, I talk with Brandon Goodwin, the founder of Blend Studio. We talk about something he invented a few years ago that ended up failing. I talk to one interview subject about doubt, another interview subject about living with cystic fibrosis. It’s about making somewhere exactly where you are in life—not necessarily your physical location.

417: What should listeners expect?
J.H.: The episodes aren’t funny, if people are expecting that. The podcast is more about being inspired and having real conversations. That’s a side of me that isn’t on TV, I guess. I like talking to people about their struggles and how hard things can get. Sometimes, those stories are even more inspiring than success stories.

417: You’re a big advocate for Springfield pride (and Springfield progress). If you were mayor for a day, what would you do?
J.H.: First, I would poop my pants for fear of doing something wrong. I think Springfield tends to value normalcy too much, so I’d put myself in charge of encouraging people to execute their weird ideas the way people do in Portland or Austin. I’d also make some moves on my master plan to install a trolley system that goes through town. There’s a train line that used to go to the coal plant by Springfield Lake, and it’s not in use anymore all the way up to Sunshine. My idea is to install a trolley that goes all the way from the Nature Center to Galloway to Sequiota Park to Southern Hills, and then through Rountree and downtown to the west side neighborhood. Jeez, you could go all the way to the airport with it. Also, more murals. I’m very passionate about murals.

417: Tell me about your dream mural.
J.H.: The Great Cobra Scare! No one talks about this, but one summer in the 1950s, a bunch of cobras got loose in Springfield. The whole city was terrified. You could make a kick-ass mural about that. Springfield has a lot of cool things in our past—things like “Ozark Jubilee” or the cobra scare, things that make Springfield such a unique place.

417: What would you do if we had another cobra scare?
J.H.: I’d want to make sure we had tons of footage, which wouldn’t be a problem because everyone has phones, so there’s gonna be videos everywhere. Then, I would move my family to higher ground—probably to the top of some very smooth building so the cobras can’t climb up the nooks and crannies.

417: Cobras are notoriously bad climbers.
J.H.: Correct. I would also want to lead a task force to move the cobras. I would not kill them. I’d quarantine them in Nixa and pray that they can’t cross the James River.