Fresh peaches pair with yellow cake and freshly whipped cream for the perfect summer dessert. Recipe by Robert Stricklin at The Keeter Center at College of the Ozarks. 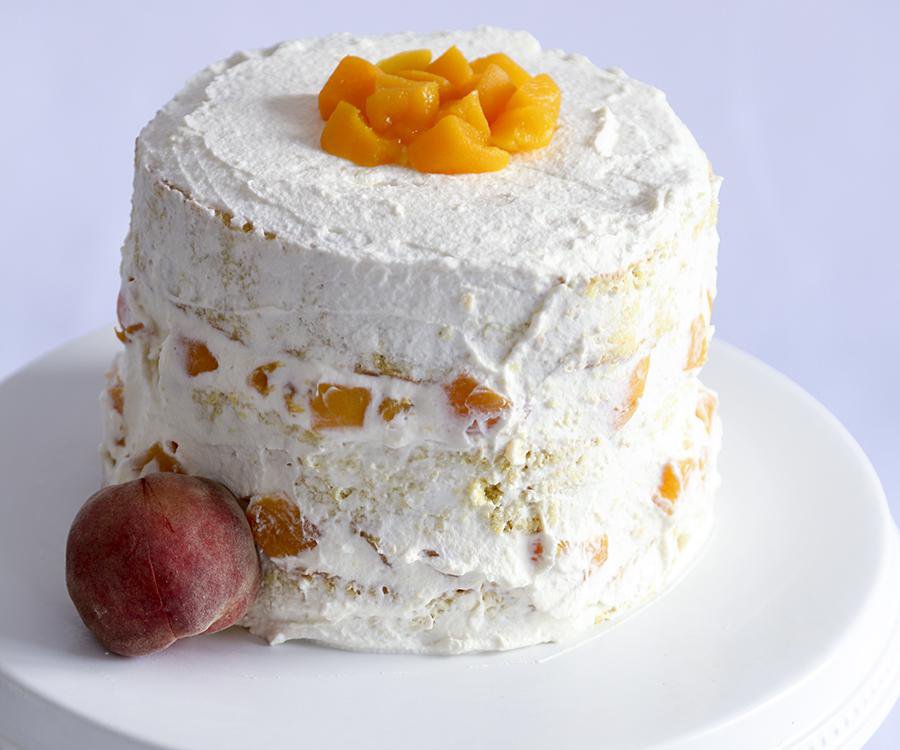 Makes one cake. Recipe by Robert Stricklin at The Keeter Center at College of the Ozarks.

To Prepare
Cut the two cakes in half to get four equal-sized portions. Wrap one of the four cake portions and freeze for later use. You will only need three of the portions to make this cake. Spread ⅔ cup sour cream onto one layer of cake, then disperse half of the peaches onto the sour cream. Stack the second layer of cake on top of the sour cream, spread another ⅔ cup sour cream on top, then disperse the second half of the peaches. Top with the third layer of cake. Place heavy whipping cream, powdered sugar, vanilla and stabilizer in a large bowl and whip together until stiff peaks form. Spread the whipped cream over the sides and top of the cake. Refrigerate the cake for at least one hour before serving.