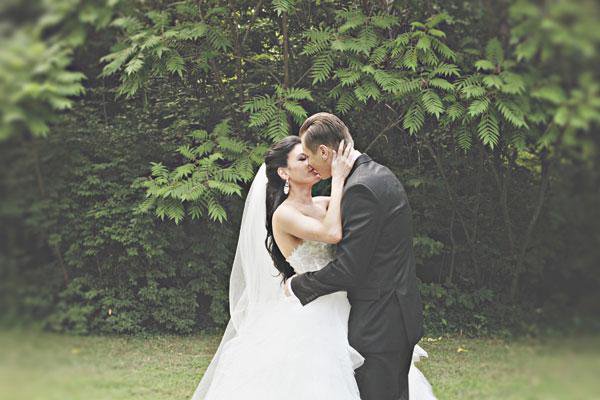 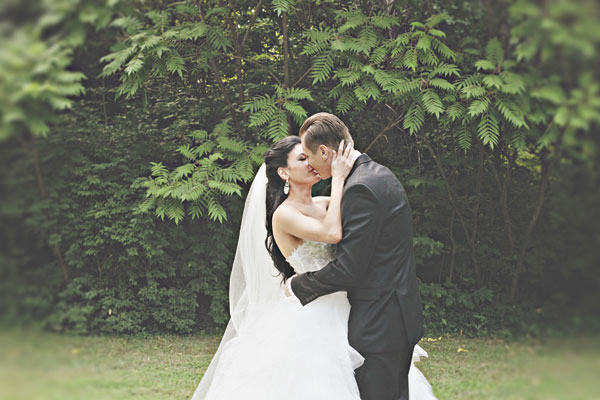 Andrea Christy and Bryan Pena met through Andrea’s life-long friend Jessica, who is now her sister-in-law. Jessica was dating Bryan’s brother, and the group hung out on several occasions, giving Andrea and Bryan a chance to get to know each other. The two eventually went on a first date— cocktails followed by a movie. Two and a half years later, Bryan popped the question during a picnic lunch at Nathanael Greene Park. “I didn’t think the day could get any better,” says Andrea. “But I pulled out my camera to take a few pictures, and when I turned the camera around, I saw him holding something in his hand. I zoomed in and asked ‘What is that?’” In his hand, Bryan had the ring that he’d been carrying around for five months. With the ring on, everything else seemed to fall into place. Andrea had always envisioned having her wedding outdoors, and when her father suggested Ms. Gilmore’s Carriage House, it seemed like the perfect fit. As for the dress, Andrea fell in love with the skirt while browsing through dresses in St. Louis. It was nothing like the simple, fitted dress she’d envisioned. Instead, the skirt turned Andrea into a princess, surrounded by a sea of tulle and lace. She found the top at Ella Weiss Wedding Design while dress shopping on her birthday. Andrea and Bryan knew they wanted the color scheme to be black and white, and with plenty of personal touches, their big day was the perfect blend of fairy tale romance and classic glamour. Andrea’s maid of honor was her sister Amber Rustemeyer, and her bridesmaids were Samantha Burris and Jessica Pena. Bryan’s best man was Ben Hihath, and his groomsmen were Michael Pena and Brian Taylor. Today the couple lives in Springfield and co-owns the clothing boutique Modern Society. Bryan also works for Premium Beverage Sales. 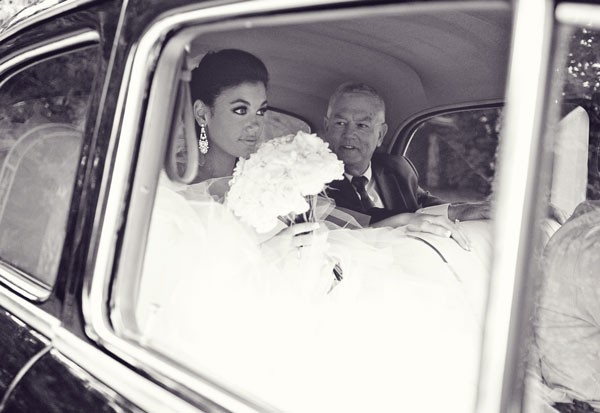 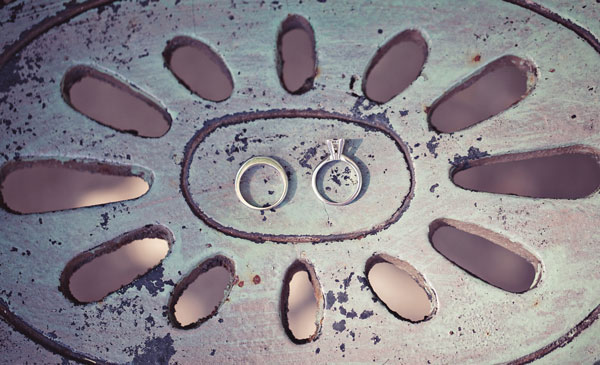 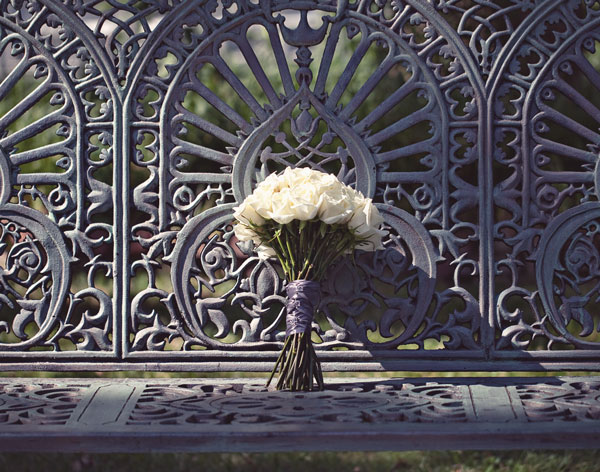 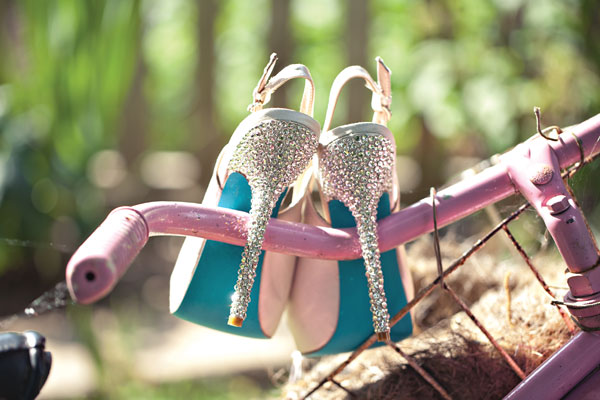 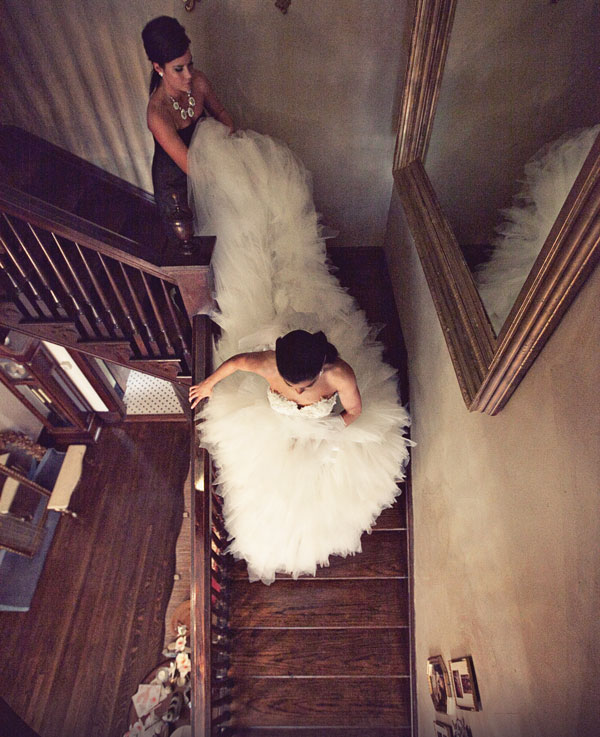 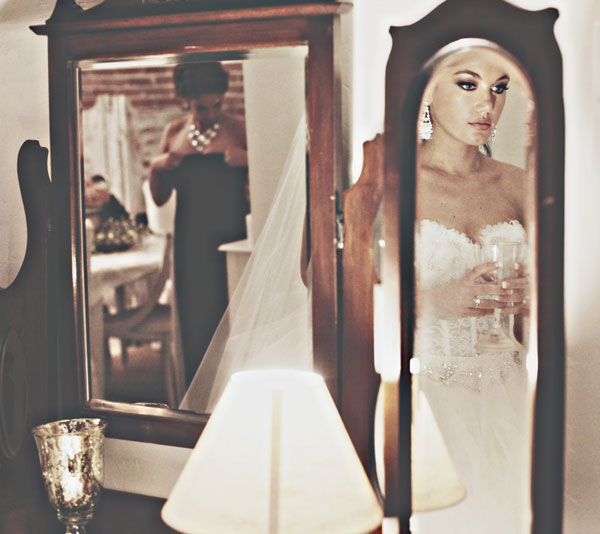 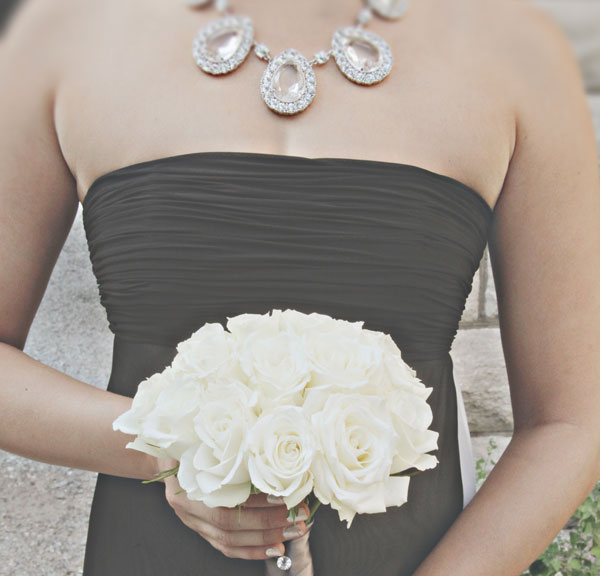 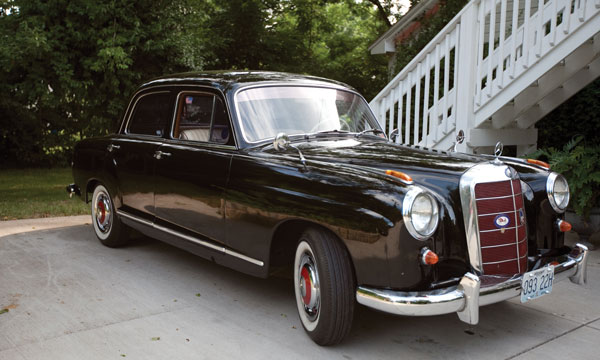 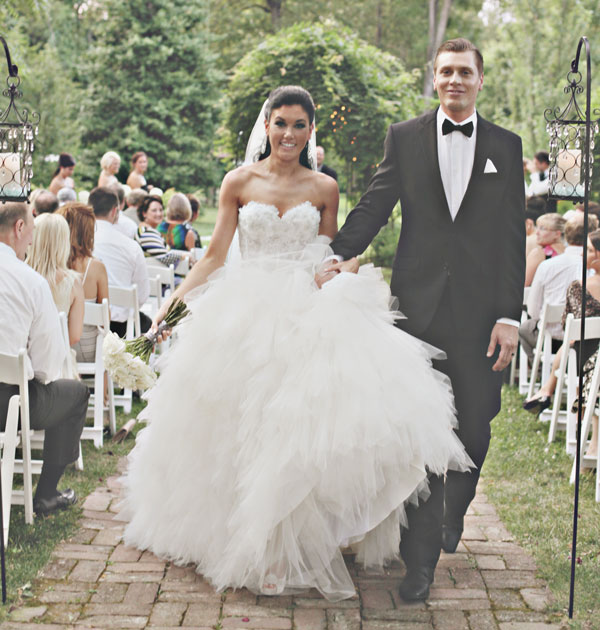 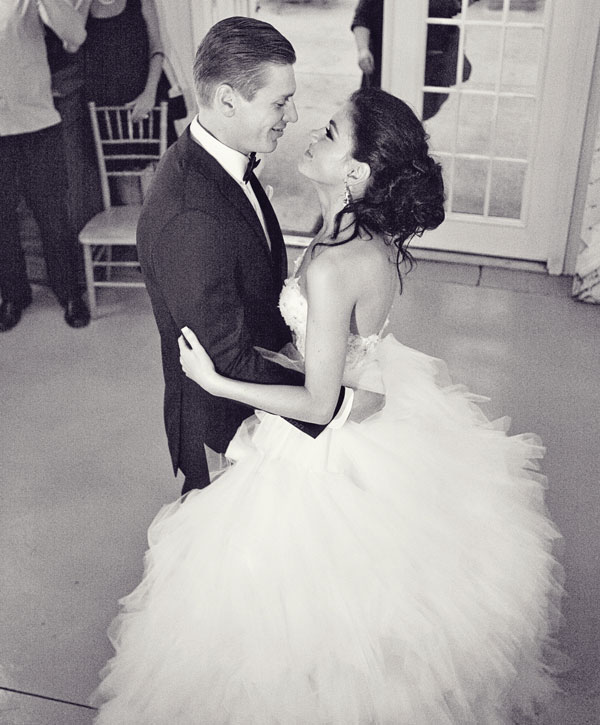