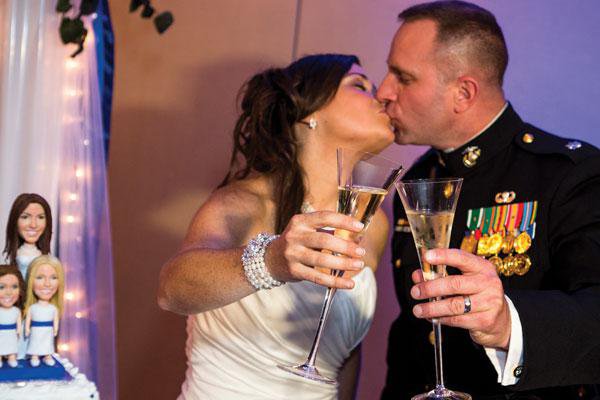 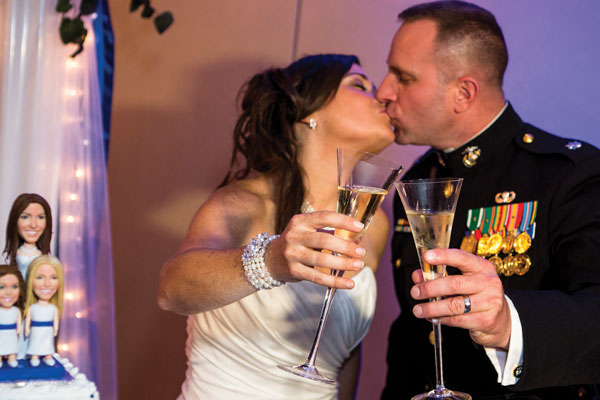 A little more than a year ago, a group of Branson-area wedding-related businesses formed the Branson Wedding Affiliation. Right away, the group of talented wedding vendors knew that they wanted to do more than network—they wanted to do something for the community. This is how Operation Give Back was born.

To honor troops and celebrate Branson’s centennial, the Branson Wedding Affiliation formed the Operation Give Back contest that offered one lucky military couple the chance to get married in Branson on Veteran’s Day 2012 and win a wedding package valued at $33,000. All the couples had to do was compose a 500-word essay of why they deserved to win. The Branson Wedding Affiliation received more than 50 entries from across the country, and it was Caren Calabrese and Lieutenant Colonel John M. Chacko, Jr., USMC, of New Jersey, who won the contest.

The two were originally scheduled to be married in front of the fountains on the Branson Landing on November 11, 2012, but rain led the couple to move the ceremony indoors at the Radisson Hotel Branson. The reception was also here, where guests enjoyed food, cake, entertainment and more, all provided by 417-land wedding vendors. 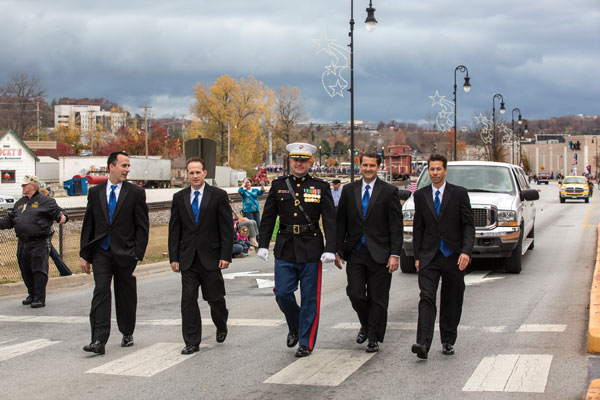 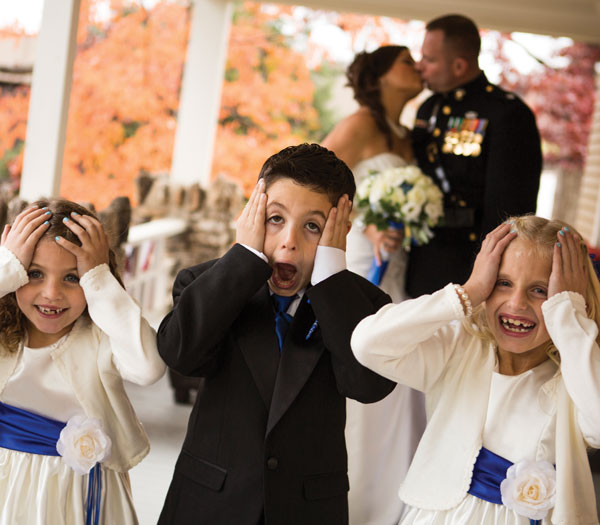 Caren’s kids, Alexis and Louis, and John’s daughter, Sydney, were all an important part of the big day. 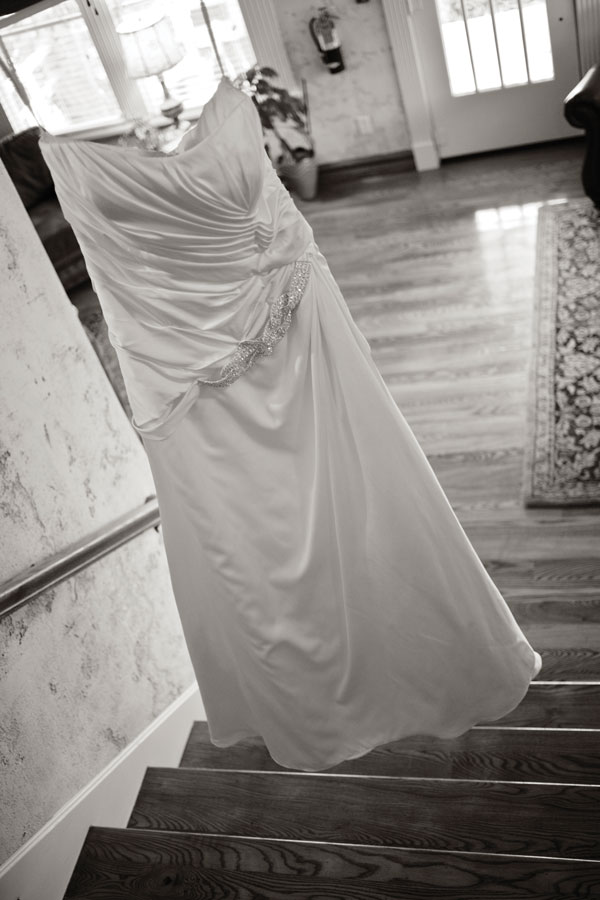 The bride wore a strapless dress with custom embellishments from True Love Bridal in New Jersey.