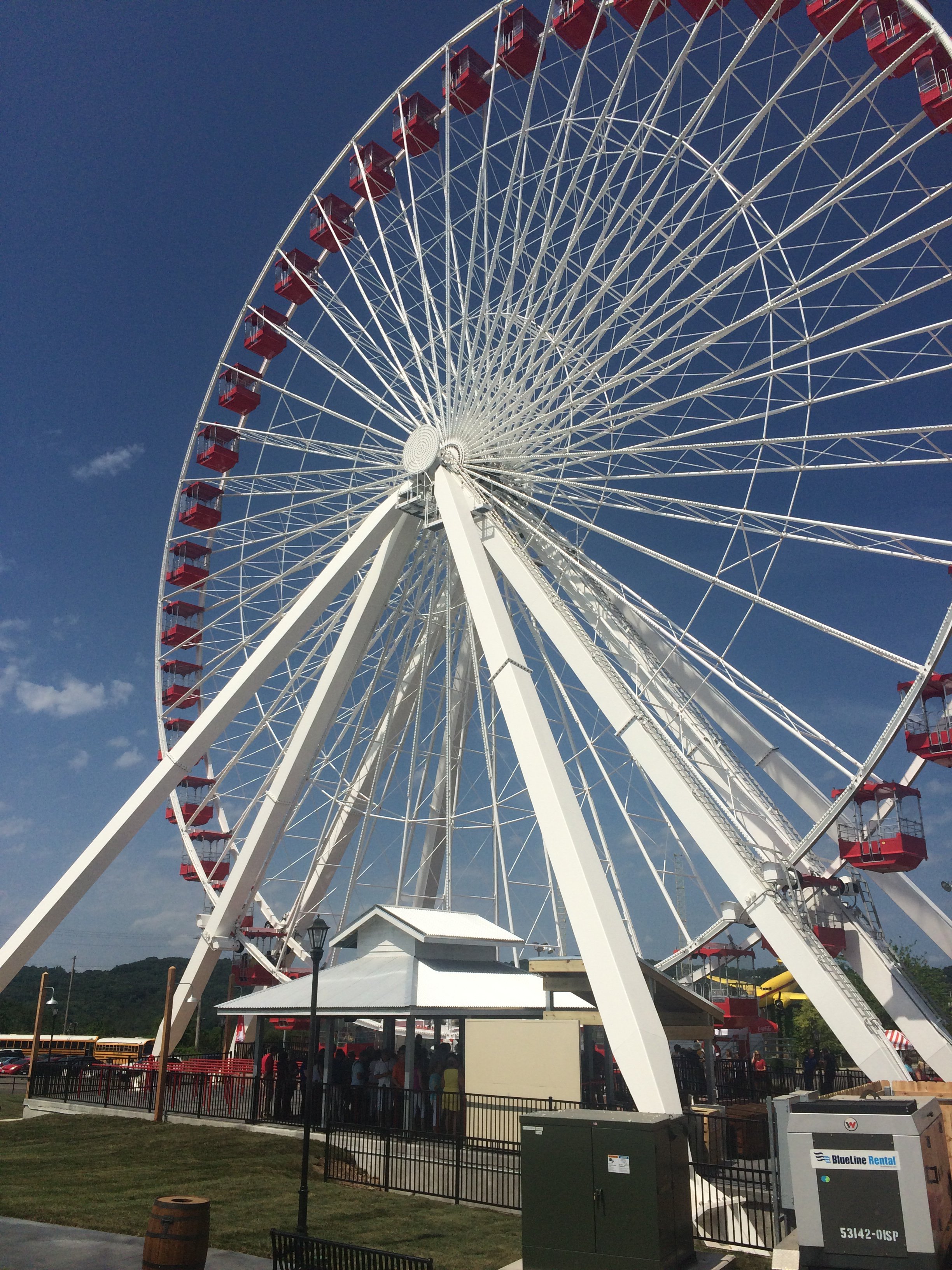 The Branson Ferris Wheel features 40 gondolas and can hold up to 240 people. The Ferris wheel was originally constructed in 1995 for Chicago’s Navy Pier. PHOTO BY ADREINNE DONICA 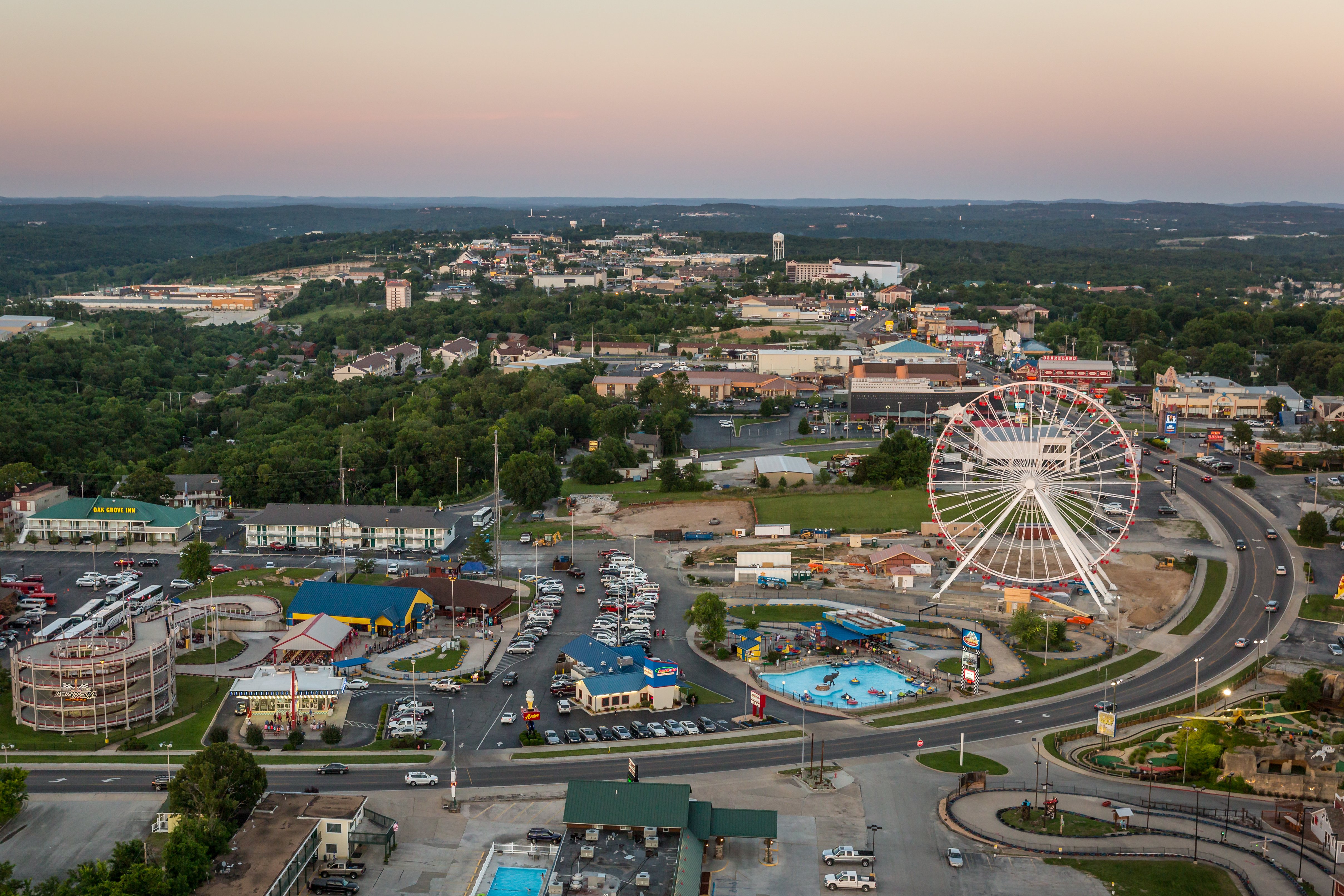 The Branson Ferris Wheel, formerly the Navy Pier Ferris Wheel, opened at The Track Family Fun Parks. The $4 million project is just one of the many new attractions opening in Branson this year. Photo courtesy of TGC Photography. 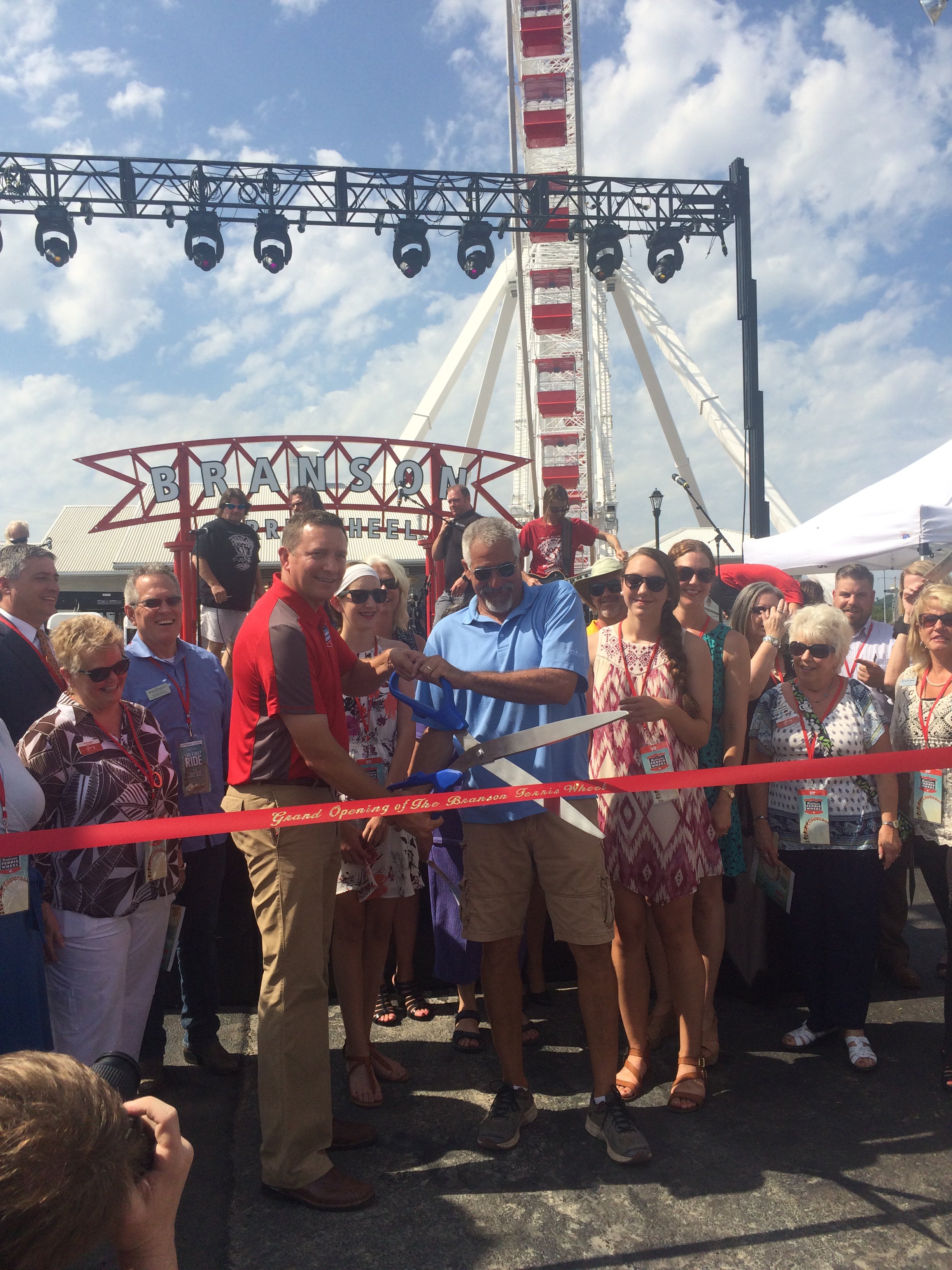 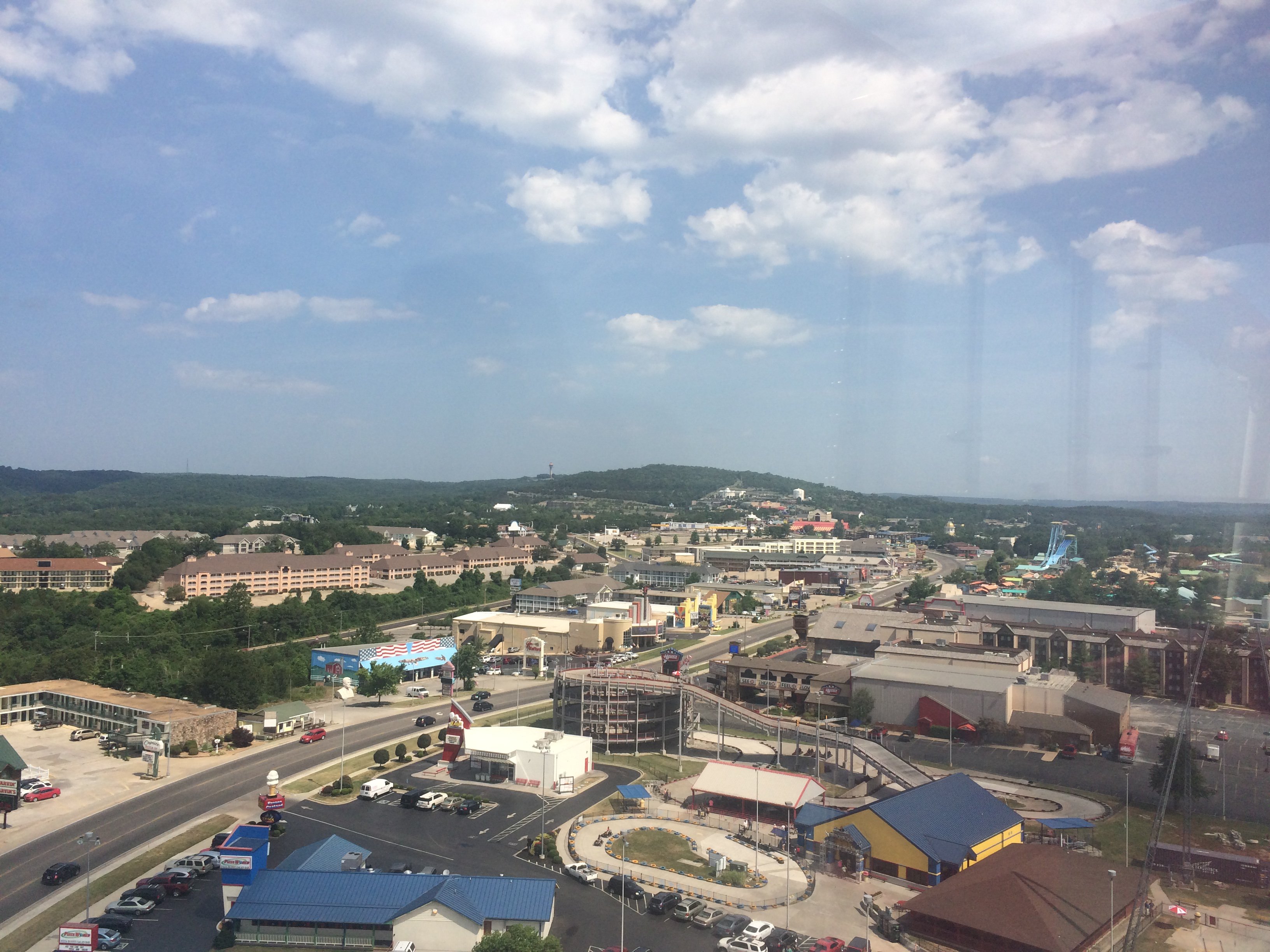 Riders see an expansive view of Branson and its surrounding area while on the 150-foot Ferris wheel. Photo by Adrienne Donica

The Branson Ferris Wheel went for its first spin after opening at The Track Family Fun Parks today. Craig Wescott, President and CEO of the parks, says he hopes the new ride brings more attention to the city.

“We’ve seen how Ferris wheels have impacted other cities, and we couldn’t let go of the idea of having one in Branson,” Wescott told a crowd during the grand opening ceremony.

The 150-foot Ferris wheel was originally constructed in 1995 for Chicago’s Navy Pier. In the two decades it was there, nearly 17 million people rode it, Wescott says. Now a new era begins for the Ferris wheel right here in 417-land.

Jeff Seifried, President and CEO of Branson’s Convention and Visitors Bureau, says the Ferris wheel is a symbol that Branson is “open for business and growing.” Seifried also spoke during the opening ceremony. “In Branson, we are so fortunate because we really are experiencing somewhat of a renaissance,” Seifried said. “We are experiencing more than $300 million of new investment in 2016 alone.”

The Track Family Fun Parks announced at the end of January that it had purchased the attraction. It took four days and 26 trucks to transport the Ferris wheel from Chicago to Branson. Dutch Wheels, a wheel manufacturing company based in the Netherlands, helped install the Branson Ferris Wheel. Construction began in mid-April and finished earlier this month. The project cost $4 million, according to an April press release from the parks.

The Ferris wheel’s 40 gondolas holds up to 240 people for the 7 ½ minute ride. Located in Track 4, the Ferris wheel is open Monday through Sunday from 10 a.m. until approximately midnight. According to the parks’ website, the track will begin opening at 9 a.m. starting on June 27. Tickets are $12 for adults, $8 for children ages 4 to 11 and free for children younger than 3.

Before cutting a ceremonial ribbon with co-owner Mike Russell, Wescott shared what happened when he told one of his daughters that the parks were thinking about buying the Navy Pier Ferris Wheel. “She said, ‘Dad, this is going to put Branson on the map.’ Well, I told her Branson was already on the map, but it is truly our sincerest hope that the Branson Ferris Wheel make[s] Branson’s dot on the map just a little bigger.”