Check out Clawhammer at Lindberg’s on Saturday night. 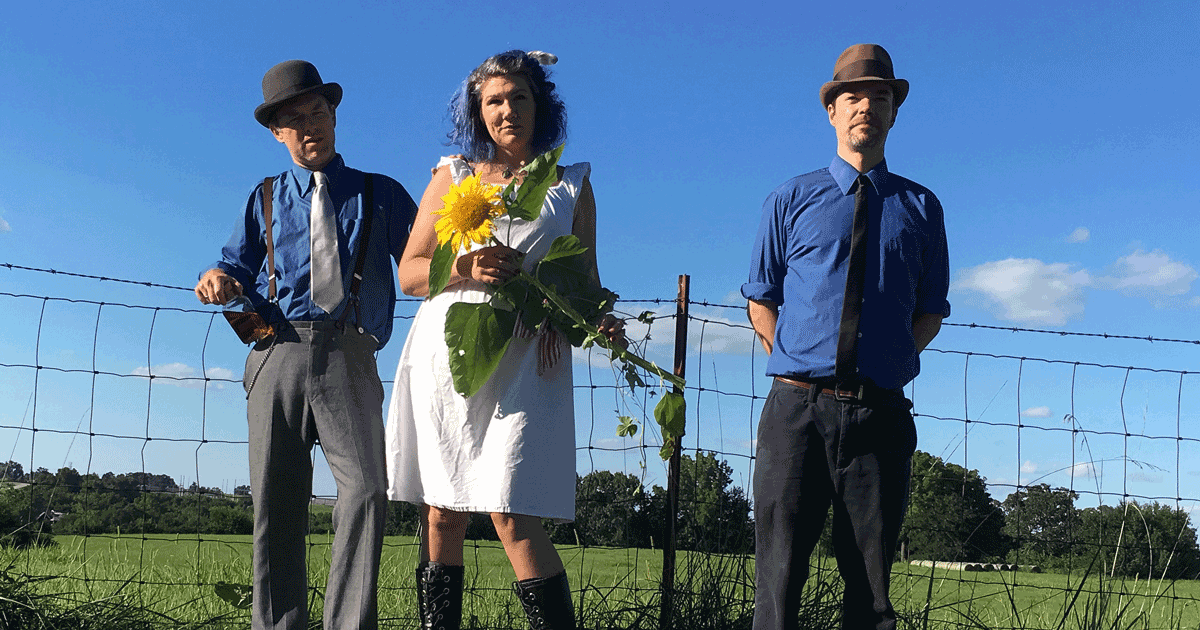 As if plucked from the dim corner of a 1933 speakeasy, Springfield three-piece Clawhammer looks and sounds like prohibition America with a twist of modern technology. The old-time sound borders on spooky and a booming kick drum beefs up the beats under otherwise vintage instrumentation. Clawhammer performs Saturday at Lindberg’s Tavern for the End of Prohibition Party. “We transcend the era, from then to now,” multi-instrumentalist and founder Jason Childress says. “It’s a pretty neat [event], one of the best-dressed events of the year.”

For the event, Lindberg’s serves period-specific cocktails and Cherry Bomb Burlesque puts on a special performance.

“I usually give a little speech,” Childress says, noting that he’s been studying Greene County political announcements from when prohibition was repealed officially December 5, 1933. “Some praises for Harry Hawes, the senator from Missouri who pushed for the end of prohibition. We have a lot of fun with the history of it.”

Clawhammer started as a solo project of multi-instrumentalist Childress in 2011. He looped banjo, guitar and drum parts through a live sampler. Childress cites unreliable members from previous projects as reason pursue the one-man band, but expanded the group to add depth of sound with additional respite of workload. He brought in Chris Peterson to play looped bass and drum parts and recruited his wife Chelsea for vocals. “She has such a beautiful voice I wanted her to be a part of it,” Jason Childress says she learned to play washboard for the role.

Clawhammer finds uniqueness in its blend of sounds, but also in its lack of traditional song structure. “Most of our songs are one-chord songs,” Childress says. “It makes you think about writing songs in a different way and it’s usually pretty interesting.” In addition to the prohibition party, Clawhammer is featured on the upcoming compilation of Springfield rock music from local label Wee Rock Records. They are one of 12 bands on the record which will be released December 10 at the Outland Complex. “It’s the first time we recorded straight to tape,” Childress says. “We appreciated the analog aspect, the organic sound.”