By Lillian Stone with additional reporting by Claire Porter 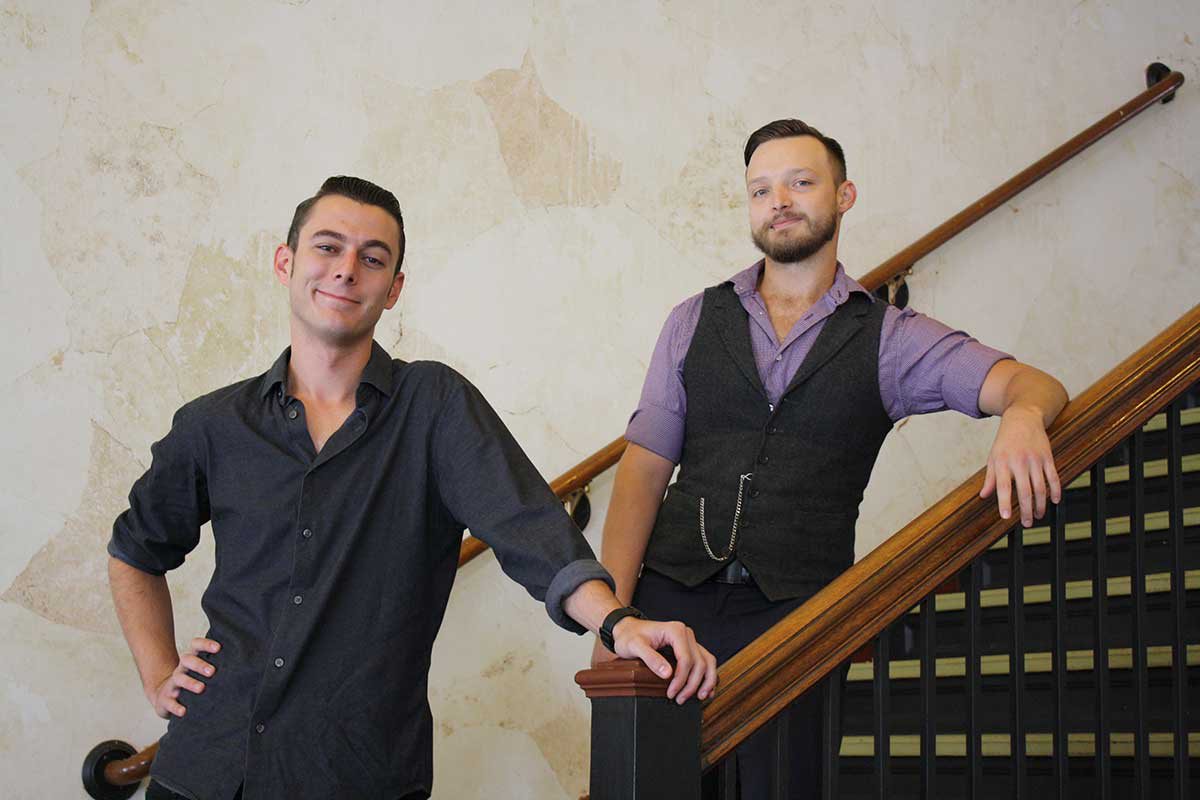 Photo by Lillian StoneJimmy Rollins (left) and Dylan Fox (right) may be young new business owners, but they've got the skill, unique vision and enthusiasm to bring their "La La Land"-esque dream to life.

Are you hip to the jive?

That’s the question at The Hepcat, a jazz club and eatery opening on the corner of Campbell Avenue and McDaniel Street in downtown Springfield. The Hepcat is the brainchild of Dylan Fox and Jimmy Rollins, two familiar faces in the Springfield dining scene who are opening the space alongside partner Austin Hill and executive chef Dustin Fox. The Hepcat hosts its soft opening August 9 and 10 ahead of its grand opening on Tuesday, August 13.

Both Dylan and Rollins are under 30, but their combined 20 years of hospitality experience makes them a culinary dream team. Rollins graduated from the University of Missouri with his hospitality management degree, spending time at prestigious clubs like the exclusive Knollwood Club outside of Chicago before returning to 417-land. Dylan has already left his mark on some of the area’s most ambitious cocktail menus, serving as manager and beverage director for Barley, Wheat, and Rye Social House (now closed) before joining the team at The Order as head bartender. Now, Dylan explains that he’s ready to make the leap into opening his own hospitality destination—a dream he’s held for years.

According to Rollins, The Hepcat’s name is inspired by jazz legend Cab Calloway, the author of Hepster’s Dictionary, a 1939 dictionary of Harlem Renaissance lingo. Dylan and Rollins are doing their best to make Calloway proud: The Hepcat’s biggest goal is to create a space for local jazz musicians to perform. “Right now, it seems like the best jazz musicians in town are playing in the corners of noisy restaurants,” Rollins says. “We’re big music fans, and we want to make sure their talent is recognized while giving this area a musical education.”

The emphasis on live music kicks off at the grand opening with Missouri Jazz Orchestra, who have a standing performance every Tuesday for the foreseeable future. The bar's Facebook page will list upcoming performances, as will the website once it's up and running. 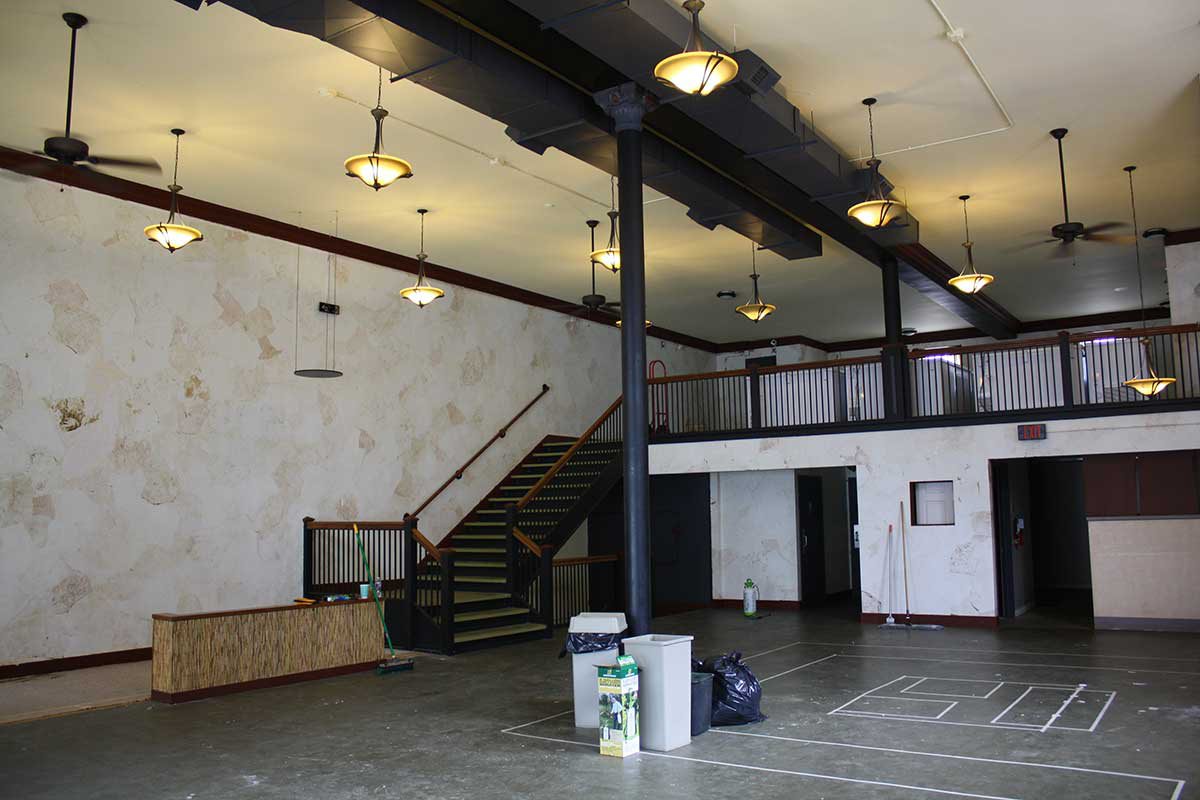 The Hepcat’s interior is inspired by the comfortable, sleek atmospheres of jazz clubs like Kansas City’s Green Lady Lounge. That jazzy vibe extends to the cocktail menu, which focuses on craft cocktails like classic martinis, Old Fashioneds and punches, in addition to a rotating seasonal menu that riffs on classics drinks with an emphasis on fresh ingredients. “We want to give a nod to the cocktail culture that came out of the prohibition-era scene,” Dylan says.

The food menu is designed by Dylan’s brother, Dustin, who spent his childhood learning the tricks of the trade from his grandmothers. According to Rollins, the menu includes Midwestern, Southern and soul food dishes.

Dust off your zoot suit and get ready to boogie-woogie: Dylan and Rollins are shooting for an opening date in late December or early January 2019. 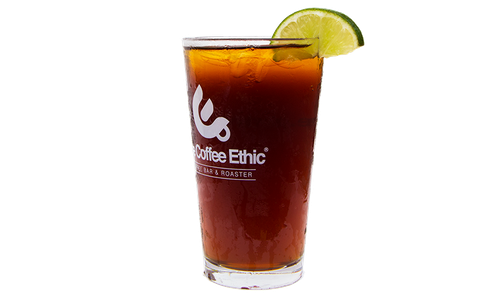 Indian Summer from The Coffee Ethic

The result is something sweet (but not too sweet) and tart (but not too tart) with a kick that will get you through a sleepy morning or a... 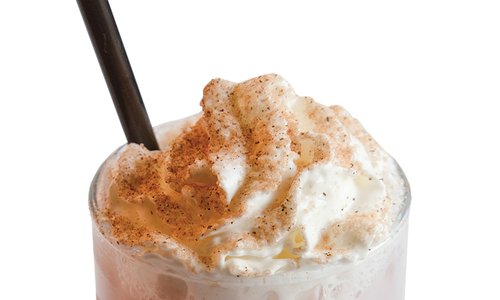 Don't let the cold temps turn you away from tasting this icy sip. Head over to J.O.B. Public House to try this dangerously decadent drink... 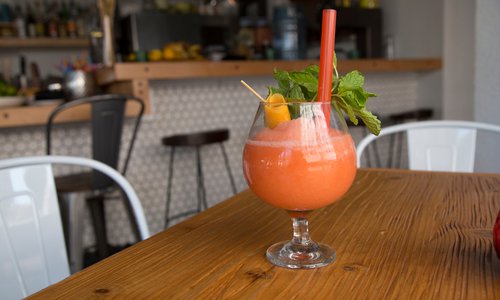 The Ice Queen at The Golden Girl Rum Club

The Golden Girl Rum Club is whipping up some tasty concoctions with its frozen drink machine. 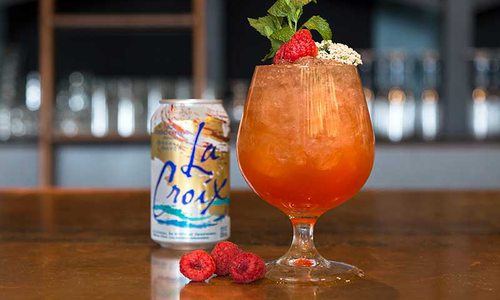 Try the Light, Bright Spritz from The Order

Never one to be left behind, The Order has jumped on the Aperol spritz train—but not without putting its own twist on the drink.