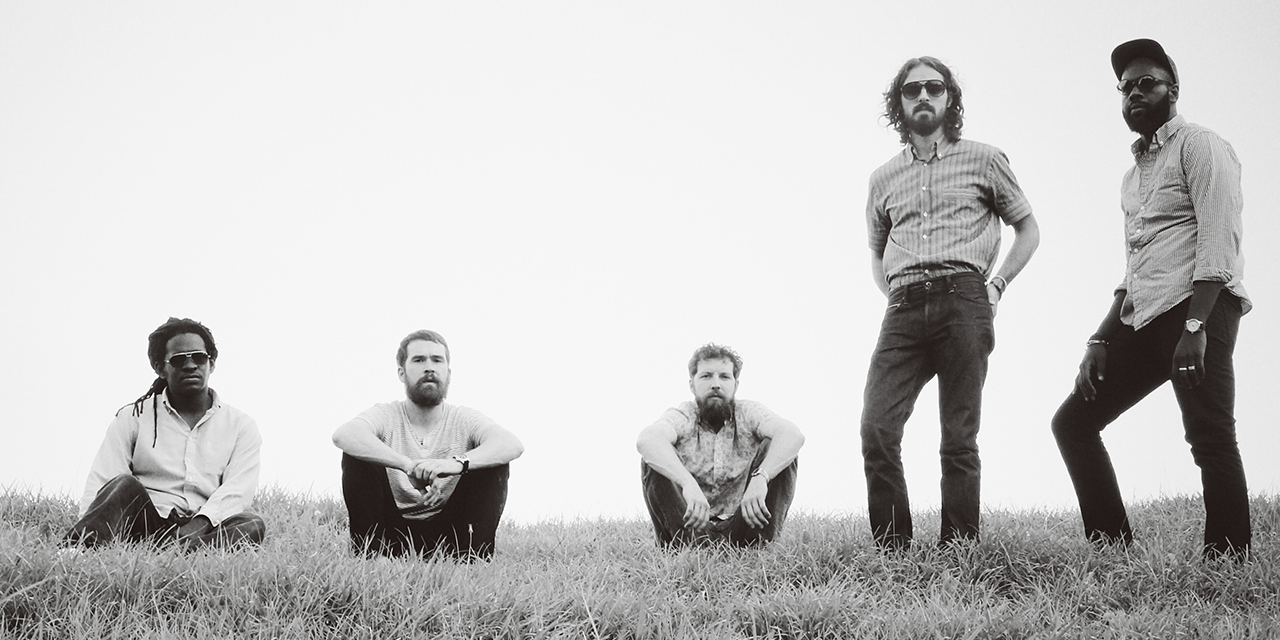 Asante, vocalist for Little Rock-based band Amasa Hines, grew up in a home void of many secular impressions; his father a pastor, mother a minister.

He had nary an introduction to much of the musical spectrum in his childhood. Any music in the household outside the gospel contained few or no lyrics—when occasional jazz or classical compositions would come on public radio.

Once free to listen as he pleased, Asante felt immediate comfort.

“I didn’t know I was fluent in this language until I was saturated in it,” Asante says. “Suddenly it all made sense to me.”

He was attending the University of Arkansas-Little Rock during the MySpace era.

“I didn’t go to class,” he laughs. “I went to the library and the computer lab and looked up artists all day, all night. I was suddenly listening to so much music from all over the world.”

Amasa Hines is billed online as “Psychedelic Afro-Futurism.” Asante says his lack of early influence combined with the obsessive research and listening in his 20s helped lead to the band’s soulful genre-bending.

He could never explain it, but Asante always knew he wanted to perform. More accurately, he wanted to be “free,” though not in the usual rhetoric.

As a child, he recalls waking up in the middle of the night and walking into an empty living room where Neil Young was playing Saturday Night Live.

“It was the first time I’d seen anybody white and free,” Asante says. “I feel like that type of freedom had always been associated with the Evangelical church. There was something intriguing to see that from somebody who didn’t look like me.”

Though he says he didn’t remember the moment until years later when a SNL rerun sent him on a flashback, it left an enormous impression.

“I’ve known for a long time that this was my comfortable space,” Asante says.

Amasa Hines plays in Springfield for the first time at Patton Alley Pub on Friday.

Asante says a fan told him recently that “seeing us play is like getting a Christmas gift from in-laws that actually want.”

Amasa Hines is firmly entrenched in the national festival circuit.The band played Bonnaroo a few weeks ago and is set for its Newport Music Festival debut later in July.

The gigantic crowds for their sets and demand from promoters affirms that Asante is closer to home.

“Music is my home,” Asante says. “It’s the most comfortable space I have to sit down and be myself, all flawed and imperfect. There aren’t a lot of social settings that allow for that.”