Wonders of Wildlife is Open!

Ready to be WOWed? A few 417 staffers and our favorite 4-year-old went on a tour of Wonders of Wildlife National Museum & Aquarium

Everyone knows that Johnny Morris loves a good wow factor. If you grew up around here (or have even visited Springfield), you likely remember being in awe during your first trip to Bass Pro Shops Outdoor World. You remember driving onto the Big Cedar property for the first time and taking in out-of-this-world views at Top of the Rock. Well, now it’s time to prepare yourself, because Johnny’s new Wonders of Wildlife National Museum & Aquarium (500 W. Sunshine Street, Springfield) is perhaps his biggest “wow” yet.

A handful of 417 staffers got a super-early sneak peek at the aquarium, and we even had our editor bring her 4-year-old son Oliver along (we strapped a GoPro to his chest for your entertainment value). Seeing the space was a bit magical for all of us, but having some insight from Oliver, or “Stripe Man,” as he adamantly called himself that afternoon, was perhaps the best part.

Shortly after entering WOW, we soon looked up at the first real “wow” factor of our tour—Playmate, one of writer Ernest Hemingway’s famous fishing boats, sits eloquently on display. Outdoor writer Zane Grey’s deep-sea fishing boat Avalon sits nearby, both helping set the scene for Great Oceans Hall and the attraction’s 1.5-million-gallon aquarium.

Oceans Hall is a circular room outlined in aquarium in all directions. “There’s a big fish and a little fish!” Oliver said, his 3-foot-nothing body running across the room to get a bit closer to the magic. As he stopped at the edge of the room and looked up, I watched his baby blue eyes widen in amazement. “There’s a stingray!” he said, pointing towards the top of the tank. Approximately 20 seconds and 20 more steps around the room later, that same stingray swam by, but Oliver—excuse me, Stripe Man—was still just as excited. “Now the stingray is coming over here,” he said. “Woah! There he is!”

This stingray had the company of at least 100 other saltwater fish in this room and thousands more in the next. We saw hundreds of herring form a bait ball as bonnethead and blacktip sharks swam around them in all directions. We saw unicorn fish. We saw a grouper, a big ol’ guy who can grow up to 700 pounds. We even saw some fish that were “a little spooky” according to Stripe Man (I’ll admit—I’d never want to swim next to some of them out in the open water).

As we climbed up stairs and down stairs, we saw the aquarium at various levels and watched the fish interact from above and below. Stripe Man often led the way. “Let’s go, let’s go, let’s go!” he said, running along. And while I quietly followed Stripe Man around, I was equally as excited on the inside—we were in Springfield, Missouri, but Johnny Morris has managed to put us in the middle of the ocean.

We finished our tour with a sneak peak of the museum’s Africa exhibit, which I can tell you (even from my 10 minutes there) is equally as impressive as the aquarium. WOW proved itself to be a bit magical for our whole bunch—our editor, our digital director, our favorite 4-year-old kid and our 32-year-old writer who can’t wait to go back to see even more. 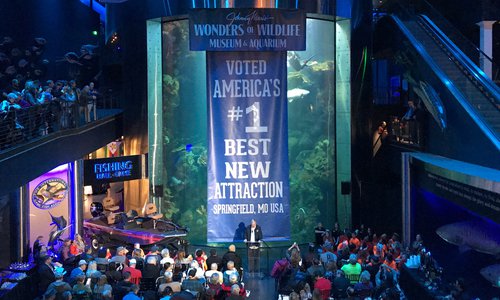 Wonders of Wildlife in Springfield is the largest, most immersive fish and wildlife attraction in the world with exhibits that include... 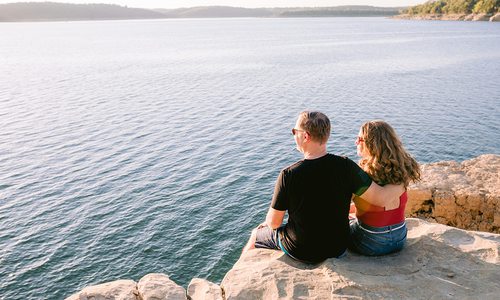 What to do for Memorial Day Weekend

Start planning for Memorial Day weekend. Here's how you can safely enjoy barbecues, splashing around under the Ozarks sun and local... 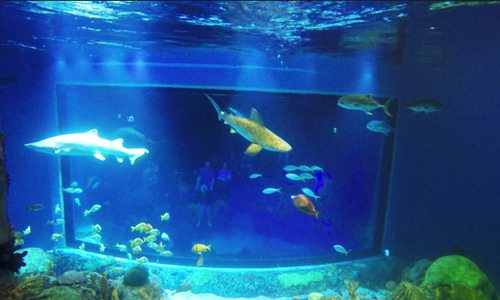