Absorbable stitches are old news. What about a bioreabsorbable stent that can help treat heart disease? This latest medical revolution isn’t far off, and the doctors at Mercy Hospital in Springfield are getting in on the ground floor. 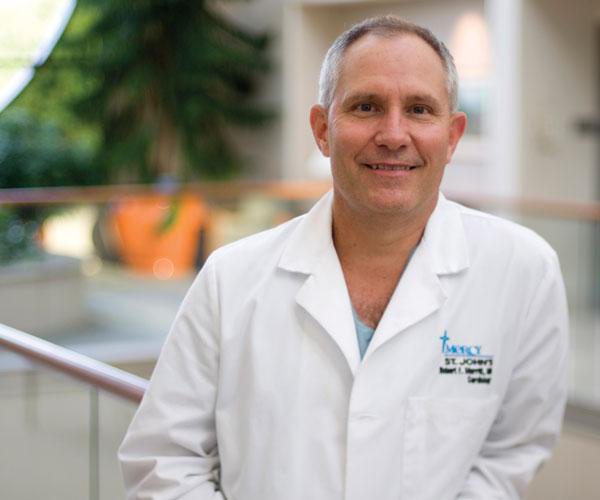 Photos courtesy of MercyDr. Robert Merritt is a cardiologist at Mercy Hospital in Springfield and is the site’s principal investigator in the trial of a new medical device.

Dr. Robert Merritt is a cardiologist at Mercy Hospital in Springfield and is the site’s principal investigator in the trial of a new medical device. The latest advancement in treating heart disease is happening in our backyard. Mercy Hospital in Springfield was selected in August 2013 to participate in a national clinical trial that evaluates a bioreabsorbable heart stent doctors believe will revolutionize treatment of heart disease.

Dr. Robert Merritt, Mercy cardiologist, is the site’s principal investigator in the trial. The idea is simple— the bioreabsorbable mesh stent holds open the coronary artery but eventually dissolves. 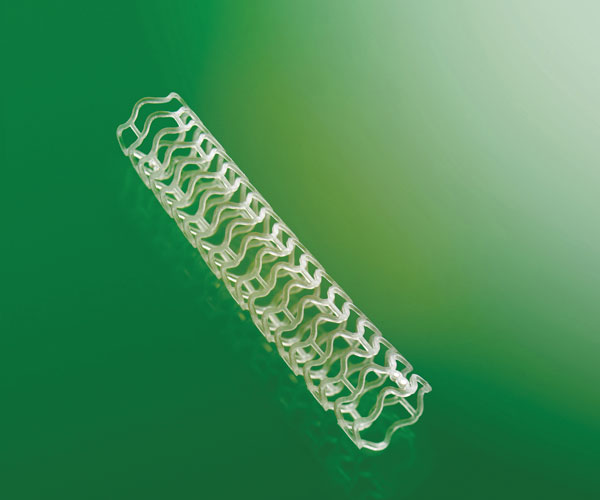 Currently, doctors use steel stents to open blocked arteries, but once the stent is implanted, it can never be removed. “The stent is absorbed into the artery wall,” Dr. Merritt says. “It becomes a part of your body even though you only need it for a short time during the healing process.” Patients can’t get a second stent if they develop another blockage, and the body’s inflammatory response to the metal can cause the artery to re-narrow. “It’s an aggressive healing response that can cause patients to return for another procedure in as little as several weeks,” Dr. Merritt says.

By using the same material found in absorbable stitches, doctors have constructed a stent that can dissolve in about a year. This stent appeared on the medical scene in 2006 and has been run through a battery of clinical trials in Europe, but this is the first time the device has been studied in large clinical trials in the United States. Nationwide, this trial hopes to recruit 20,000 patients, and Dr. Merritt and his team are hoping to enlist 20 to 30 patients to try the new stent. “At this stage we’re testing the hypothesis that this can be applied to the entire population with coronary heart disease,” Dr. Merritt says. “We want the public to participate in this trial because we feel this is truly going to be a replacement for metal stents.”