The World’s Hottest Peppers are Grown in Strafford

Pam Shelburn and her husband, Bill, grow some of the world’s hottest peppers in their garden in Strafford. With new varieties of peppers popping onto the scene, this couple is always looking to spice things up and add new peppers to the mix. 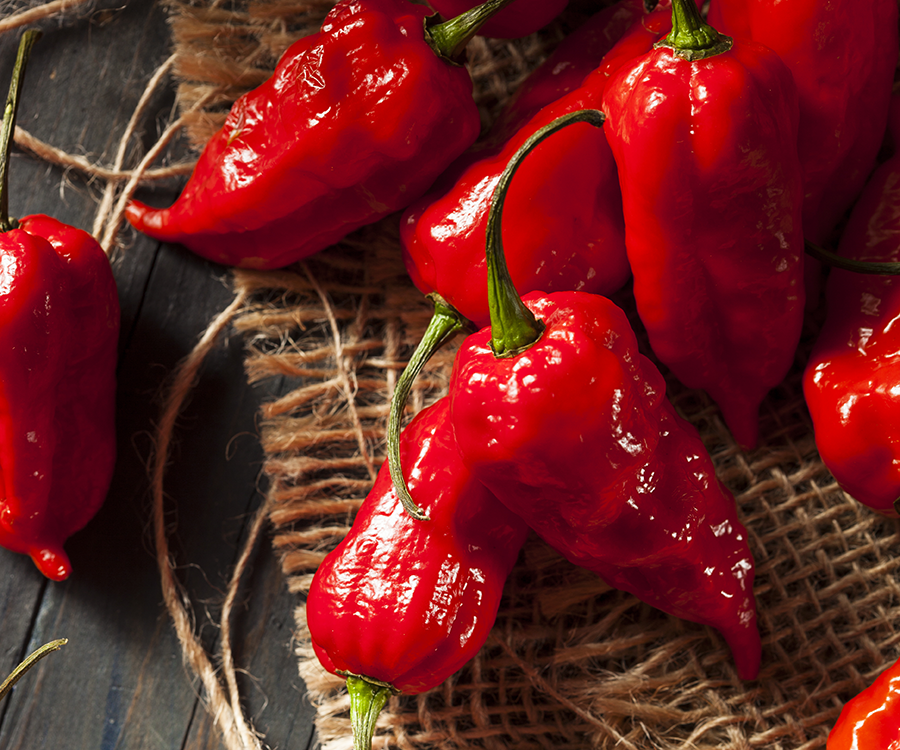 Next time you're wandering through the Greater Springfield Farmers' Market, located at 2825 S. Glenstone Ave., follow that spicy sweet aroma of peppers to Pam's Produce stand. "People always say they can smell us as soon as the get to the market," Pam Shelburn says. Pam and her husband, Bill, have been growing peppers for 40 years. Their backyard garden in Strafford has grown to accommodate 22 varieties, from sweet bell peppers to the world's hottest pepper, the Carolina Reaper.

Surprisingly, it was cheese that got the couple hooked on hot peppers eight years ago. Pam was learning to make cheeses and wanted to add extra flavor to her rounds of Gouda, cheddar and Monterey Jack. Peppers seemed like an easy choice. When they started growing ghost peppers, the world’s hottest pepper at the time, customers couldn’t get enough. “We were selling them for $3 apiece,” Pam says. “We even shipped them to California and South Carolina.” It was clear to the Shelburns that they were on to something, so they decided to grow all of the world’s hottest peppers. Today, the lineup is extensive. At the top of the heat scale are the deadly Carolina Reapers. Small in size, these wrinkly red lanterns pack a powerful punch, and Pam says the peppers have a Scoville Heat Unit (SHU) of 2.2 million, which is a measure of the pepper’s spice and pungency. When Pam accidentally took a bite of jerky Bill had mixed with Carolina Reaper, she burst into tears. And this is a woman who has no problem eating ghost peppers.

Next up is the ghost pepper, which averages 1 million SHU. There are plenty of jalapeños; pepperoncini; habaneros; striped fish peppers; poblanos; banana peppers; Anaheim chilies; Bangkok Thai peppers commonly used in stir-fries; serranos; shishito peppers; the long, sweet escamillo green pepper; cayenne pepper; Guyana (wiri wiri) peppers; lunchbox peppers; yum yum sweet peppers; the mild guajillo Mexican pepper; and the Hawaiian sweet hot pepper that will quickly set your mouth on fire despite its slightly disarming name. When that happens, Pam reaches for the bottle of honey she keeps in the kitchen. “It coats your mouth and works better than milk,” she says. “It might take a couple of spoonfuls.”

The Shelburns sell their peppers at the Greater Springfield Farmers’ Market and helpfully arrange the peppers in order of heat. Most peppers arrive at market at the end of July. To get that vibrant color and that explosive heat, peppers need to soak in as much sun and heat as they can. As Pam says, “The hotter the pepper, the longer it takes to germinate.” The Shelburns don’t mind mixing fresh ghost pepper and Carolina Reaper into their sausage, cornbread and cheeses, but they also dehydrate their peppers and grind them into powders that can be pinched over almost any dish for extra flavor. Pam actually sneaks in a small bottle of ground ghost peppers when they eat at Mexican restaurants, and she adds pinches of the powder on her bacon and tacos. “We’re not normal people,” she says laughing.

This year, the couple incorporated dried peppers into salt grinders and added tabasco peppers and mild shishito peppers to their garden, but Pam says she still doesn’t know what those will taste like. Luckily, she keeps the honey close by.