Greg Burris is the city manager of Springfield, but that’s old news. To get the new news, we had to go back to when he was Greg Burris, high school basketball player. 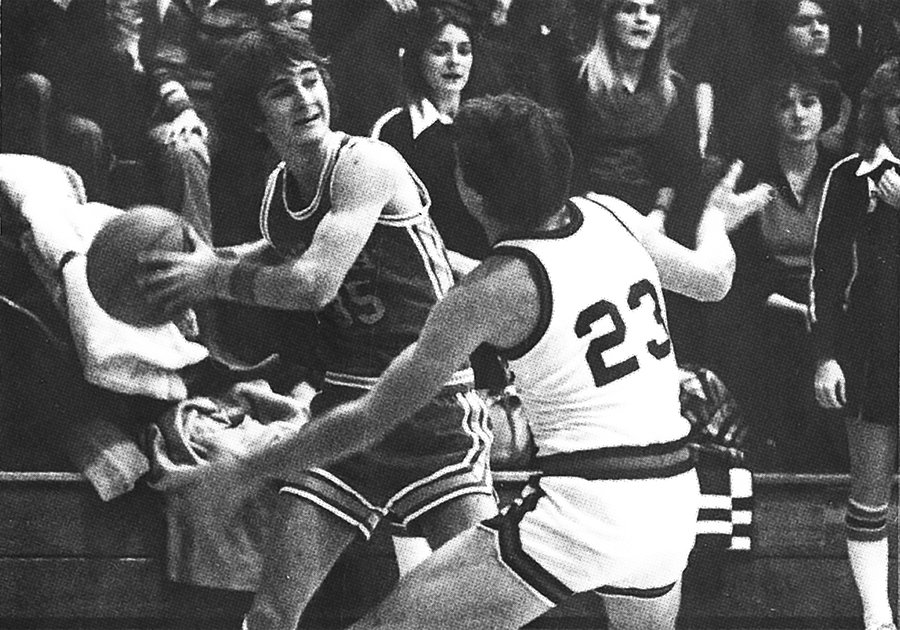 Jeff Houghton: So you shot a half-court shot with 27 seconds left?
Greg Burris: I was going to Nixa High School, and at the time Nixa had less than a thousand people in the town, so it was a very small team, 2A, but we had a history of good basketball teams.

J.H.: What year is this?
G.B.: 1979. We won state in 1978. This is the semifinals in Columbia, Missouri, in the old Hearnes Center. We were playing Palmyra, and it was a loud, raucous atmosphere—a big arena, with lots of fans in the stands.

J.H.: What position are you playing?
G.B.: I’m a guard, and I’m bringing the ball up the court toward the end of the first half. Our coach, Coach Brandstetter, had size 14 shoes, and he would get our attention by stomping on the wood floor. It would just reverberate, and he would always get our attention that way, and I would always turn to look to see what he was telling me to do.

I’m not quite to half-court, and I hear the stomp and look over there, and everybody on the bench—including the coach—is holding up one finger.

What you have to understand is the clocks at either end of the arena at Hearnes were burned out, and they didn’t have the clocks on top of the backboards like they do now. If you’re on the court, you can’t see the overhead clock, so you have no real idea how much time is left. I saw everybody holding up one finger, and I thought there was one second left. So I launch a shot from beyond half-court, further than half-court. In my mind, the whole arena went silent, but I’m sure that wasn’t the case.

It was the only two points I made that game. What they were trying to tell me was to get the last shot, but all I saw was one finger and had no idea how much time was left. So I launched a shot with 27 seconds left.

When I launched it, they were all wondering, “What the hell is he doing?” because they can all see the clock. Then it goes in, and the crowd just erupts.

J.H.: If a last-second shot happens in the last second, with one second left, what would you call this?
G.B.: A mistake.

J.H.: Did you guys win the game?
G.B.: We lost that game by two points and ended up getting third in the state.

J.H.: How many shots a game might you generally put up?
G.B.: Five or six.

J.H.: So that must have made it all the more crazy that you were shooting this shot.
G.B.: That I was shooting at all.

J.H.: Did you become known for that shot?
G.B.: There are a couple of them that still bring it up.

J.H.: Would you rather have had that happen the way it did or to have won the game?
G.B.: Oh, I’d much rather win the game. I’m very competitive.