Led by teens, for teens, ETHIC is changing the world. 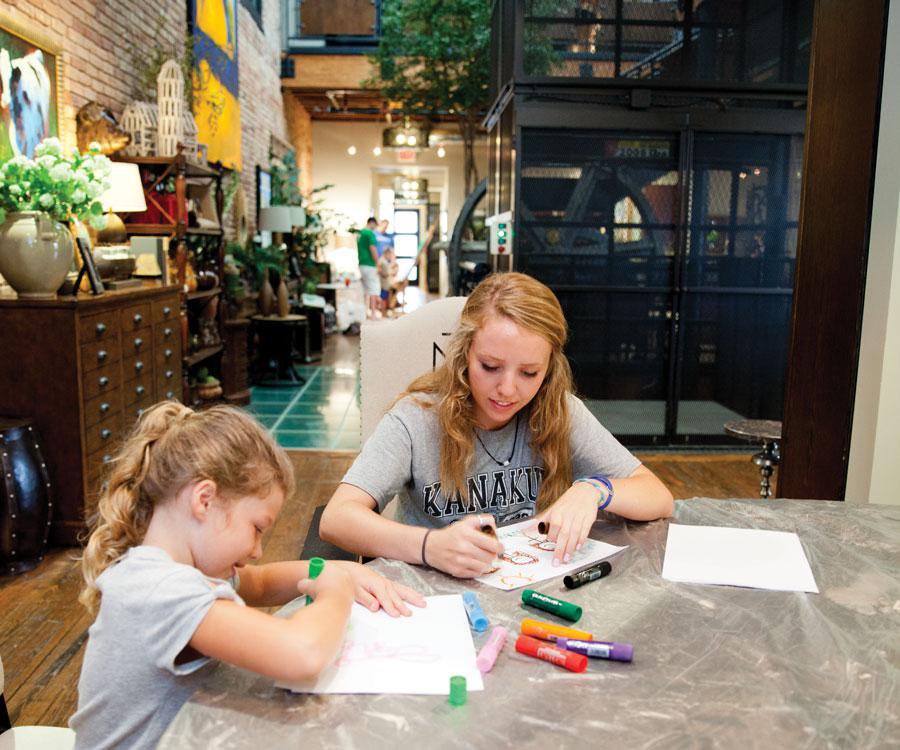 Two summers ago, nine Springfield teenagers decided they wanted to do something together. But instead of heading to the movaies or a concert, the group came up with an idea of how they could give back to their community.

ETHIC is growing, and the nonprofit is eager to accept new members from any 417-land middle or high school. Teenagers (or their parents) interested in more info can learn more about volunteer opportunities by visiting ETHIC’s website, ethicfund.org.

“The first project we did was Painting Hope with Gavyn Sky,” says Nikki Shah, 16. “We teamed up 30 local pediatric cancer patients with an opportunity to create a painting with local artist Gavyn Sky, and their individual paintings were sold at an event.” That first event was in 2012 and it raised $26,000, which was split between St. Jude Children’s Research Hospital and Mercy’s Jane Pitt Pediatric Cancer Center.

After their initial event, the teens realized that although there were a lot of opportunities in 417-land for teenagers to give back, there were only opportunities to be volunteers, not leaders. They wanted to organize community service projects on their own, so the crew founded ETHIC: Every Teen Helps Inspire Change.

“We believe that when people start volunteering at an early age, that want to give back will ripple through the rest of their lives,” says Shah, who became the group’s co-founder and who now serves as its  president. “We’re teens helping teens, kids helping kids—that provides an opportunity for children to understand what kids their age are going through.”

ETHIC is a 501(c)(3) nonprofit for teens, by teens. The organization is overseen by a nine-person board of teenagers that makes executive decisions in determining upcoming projects and potential partnerships. Besides occasional accounting assistance from ETHIC’s partner Community Foundation of the Ozarks, ETHIC is run by students from five Springfield high schools.

“The core mission of ETHIC is that even though we are a group of teenagers, and we’re kind of young, we can still make a visible difference within our community and around the world,” says Cameron Haake, 17, board member and co-founder. “It’s really rewarding to know that you can have an impact, regardless of your age, if you care enough.”

In two short years, ETHIC has raised more than $40,000 for various charities and causes, and they can’t wait to tally the funds raised at the Sept. 27 event, Paint it Forward Cocktail Party and Auction. ETHIC joined forces with Obelisk Home and the Ronald McDonald House Charities of the Ozarks to help with the fundraiser where pieces of art created by pediatric patients and their families who stayed at the Ronald McDonald House in Springfield were auctioned off.

But the nonprofit isn’t just for Springfield teens. ETHIC is spreading around the nation. Founding members who are now college freshmen have started ETHIC clubs at the University of North Carolina at Chapel Hill and at the University of Missouri. Shah hopes to do the same when she heads off to college.

“I’m 16, and it can be a challenge sometimes to balance everything and to accomplish so much,” Shah says. “But it’s something I’m really passionate about, that so many of us are so passionate about. I can’t wait to see what we can do.”