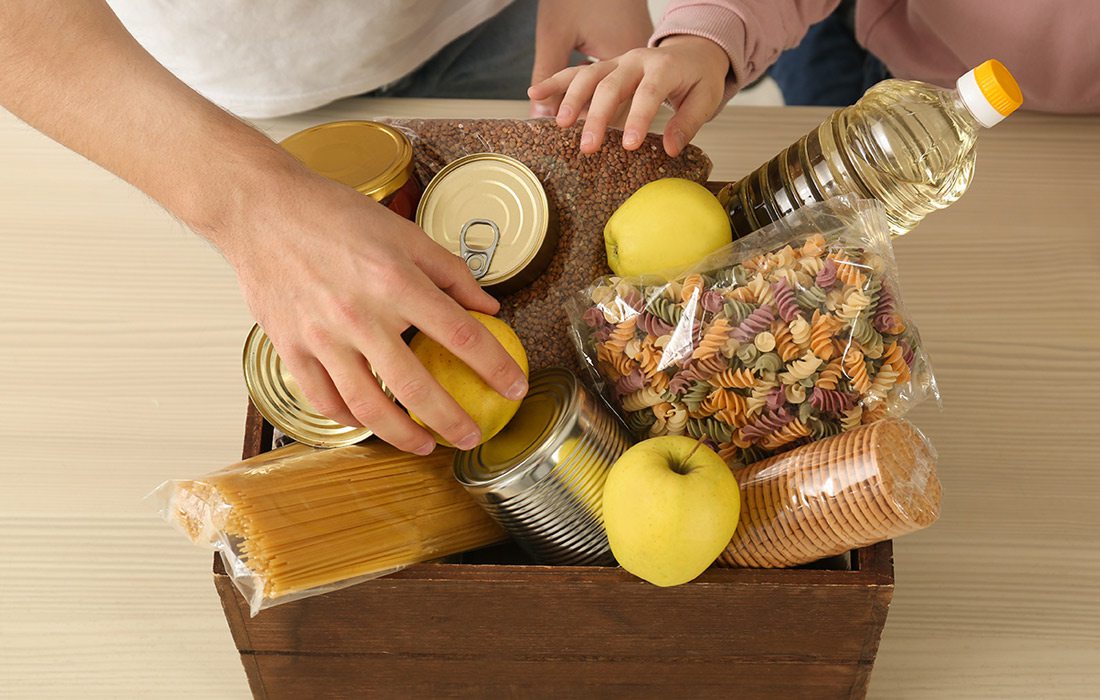 Photo courtesy ShutterstockFood insecurity is linked to several health issues, but it’s not often talked about in the doctor’s office.

"I’m in between jobs right now.” “I always make sure my kids have enough, but that doesn’t leave much for me.” “It’s tough this time of year.” These are just a few of the responses Dr. Karissa Merritt, resident physician at CoxHealth Family Medical Care Center, hears when she brings up food insecurity with her patients. Merritt considers it part of her practice to address food insecurity, defined by the United States Office of Disease Prevention and Health Promotion as “the disruption of food intake or eating patterns because of lack of money and other resources.”

“Our clinic provides cradle-to-grave medicine,” Merritt says, “which gives us an opportunity to really intimately know patients and their families. The question is, ‘How can I help you take better care of your body?’ That’s what health care should be.” As a family practice doctor, Merritt sees plenty of anecdotal evidence that food choice and availability affect patients’ health. But these topics aren’t easy to talk about. In communities with low resources, she says, “there can be a perceived divide between patient and doctor. [Patients might] assume we make lots of money and don’t know what it’s like to live [in poverty].” They have a natural concern, she says, about feeling judged.

On top of that concern, cultural aspects can make it hard for people to identify food insecurity as a significant problem in their own lives. “If you were raised in a household where, between paychecks, there were always days when everyone went with less, and your aunt and uncle did the same thing, and your neighbor did the same thing, then you might think that’s just how things are,” Merritt says.

But to Merritt, the stress and struggle of meeting these basic needs looked like a health issue. So she reached out to Tom Faulkner, director of Springfield-based nonprofit Crosslines, which operates a food pantry. She told Faulkner she wanted to start screening patients for adequate access to food, and he agreed that, if the screening process identified patients who were experiencing food insecurity, Crosslines would help them.

So in early 2019, with the support of CoxHealth administration, Merritt began using a screening tool developed through the American Academy of Pediatrics. “I felt that if [this screening tool] works for people answering on behalf of their children, it could work for adults,” she says. When one of Merritt’s patients screens positive for food insecurity, she personally speaks to them about it. She approaches the topic by saying: “I’m passionate about meeting all of a patient’s needs, and that looks like different things to different people. Today you screened positive for not having enough access to food. Can you tell me more about that?” If the patient is open to receiving help, Merritt writes a “prescription” for Crosslines. This piece of paper helps the patient bypass documentation, such as income requirements, that are typically necessary to receive assistance. It’s an important option, she says, because contextual factors like illness, family obligations or work interruptions can cause food insecurity—even for people who appear to have sufficient resources.

Merritt also partners with Springfield Community Gardens, which provides fresh produce to some who screen positive for food insecurity. And Crosslines stocks resources in the clinic’s office, so patients who are identified as having an urgent need can immediately take food home. For example, Merritt says, an elderly woman recently said she had only three cans of tuna and a half jar of peanut butter to last her more than a week. “We sent her home with a 20-pound box of shelf-stable food,” Merritt says.

By cross-referencing data within the CoxHealth system, Merritt is documenting the effect of food insecurity on overall health. So far, the data indicates notably higher occurrences of illnesses like depression, cardiovascular disease, hypertension, kidney disease and diabetes in people who screen positive for food insecurity. Her next steps are to publish these findings and, hopefully, export this program to other clinics. She’s also exploring grant funding options to help maintain and expand it. “I’m humbled by this project,” she says. “It’s more than I ever expected.”

LEARN MORE ABOUT POVERTY IN OUR AREA 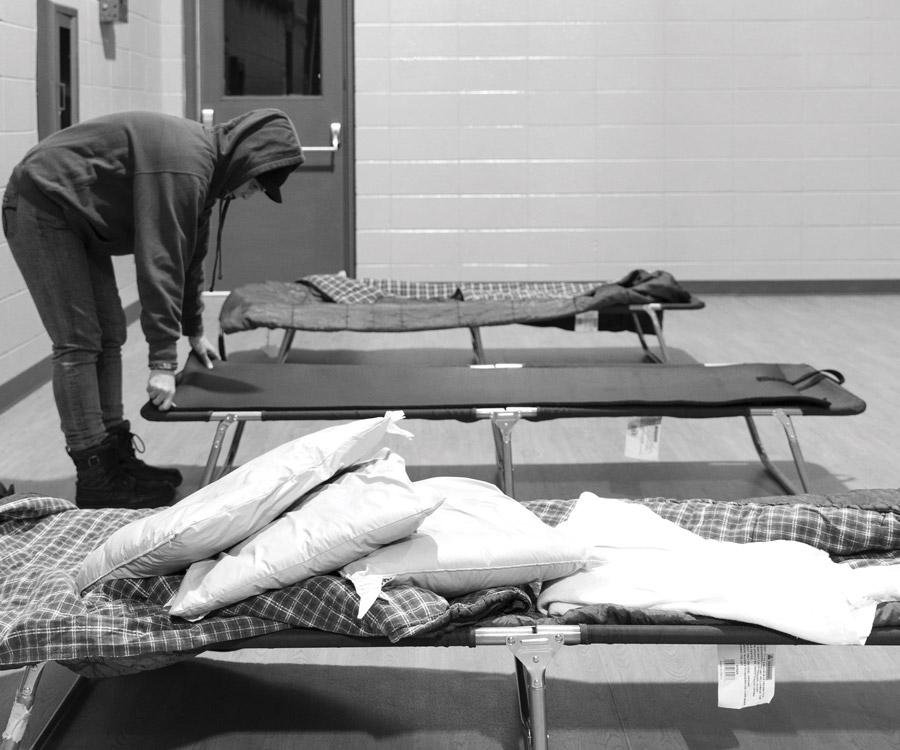 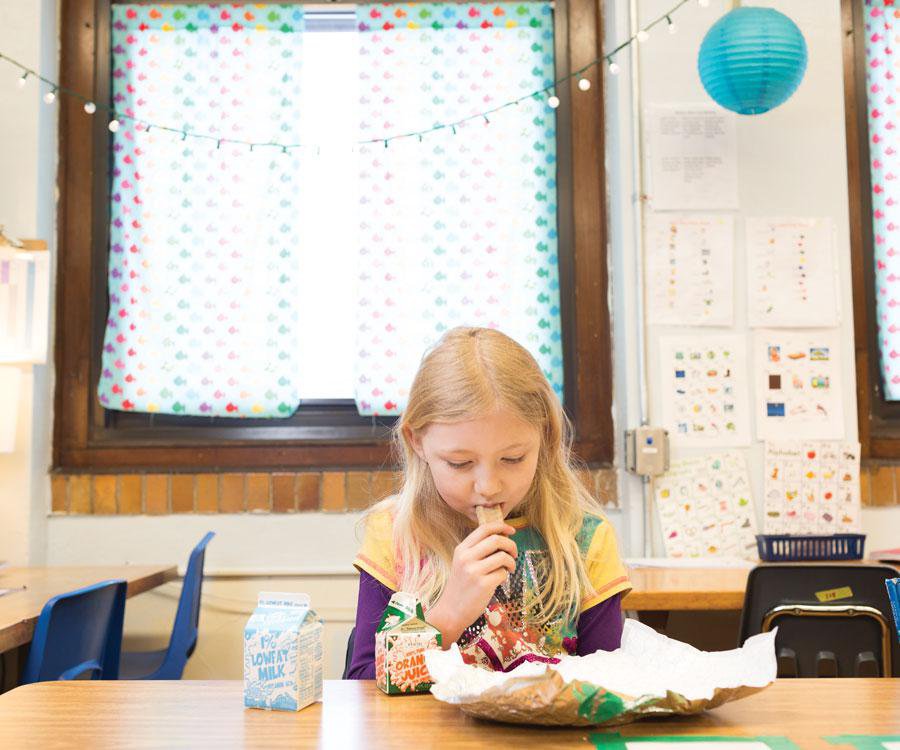 How Poverty is Affecting Springfield's Kids 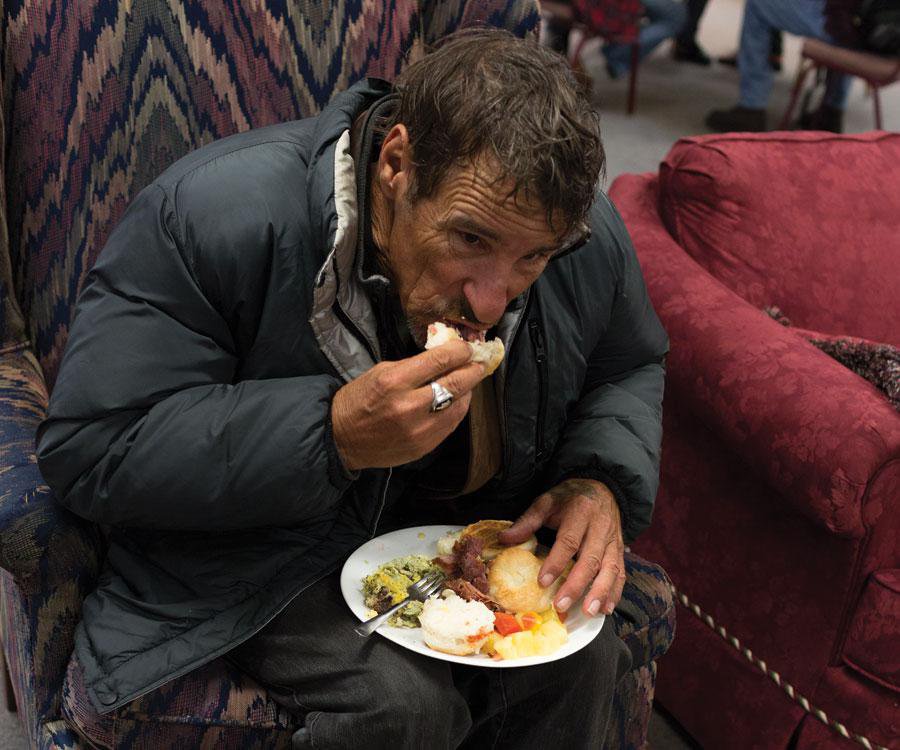 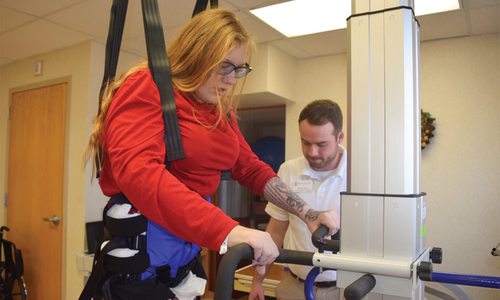