These rock climbers took the plunge—literally. 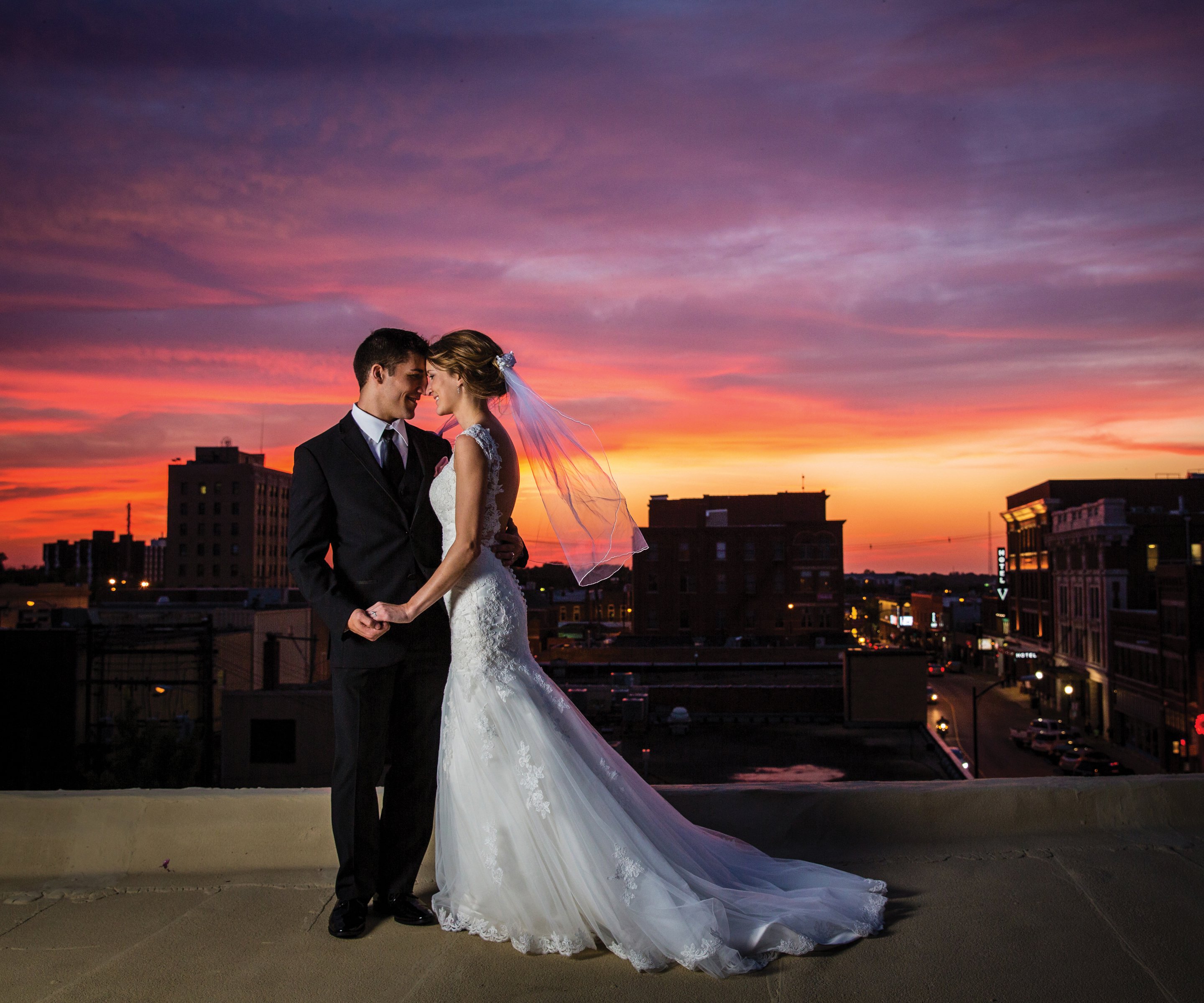 Photo by Cole FennelPhotographer Cole Fennel noticed the sun was setting with a gorgeous purple sky and hurried the couple back to the roof for some final shots. Laura says they literally ran down Walnut Street—she took off her shoes as David held up her dress—so they could catch the sunset.

Laura wasn’t looking for love when she went to upgrade her phone. The attractive sales manager, David, told her to call if she had any problems. She did, so she called. David fixed the phone and followed up with a text. More texts led to a mini-date at Andy’s Frozen Custard, and a shared love of rock climbing kept them together.

After three years together, Laura should have guessed David’s plan to propose while they vacationed with his family in Estes Park, Colorado. He suggested they tackle the “Love Route” up the vertical face of Hallett Peak. The climb took 14 hours while it hailed and snowed on the couple. Laura was freezing and miserable when they made it to the top. David’s response: “If we can get through that, we can get through anything, right?” Dropping to one knee he pulled out a ring.

Seven weeks later, Laura and David were married in a simple, open-air ceremony in front of 63 guests and no wedding party. “We just wanted to be married,” Laura says. “We didn’t want a huge production.”

The wedding was held on the rooftop of a building at Jefferson Avenue and Walnut Street, owned by David’s aunt and uncle, Melissa and Dan Scott. A reception that followed in the Scotts’ loft apartment below was catered by Aviary Café, which operates in the same building.

And that send-off? The couple surprised sparkler-wielding guests on the sidewalk by rappelling from the roof. It was the perfect end to a beautiful night.

Today the Kays live in Springfield where Laura is an optometrist for the Mercy Surgery Center and David is a logistics manager for Professional Transportation Company out of Mount Vernon. 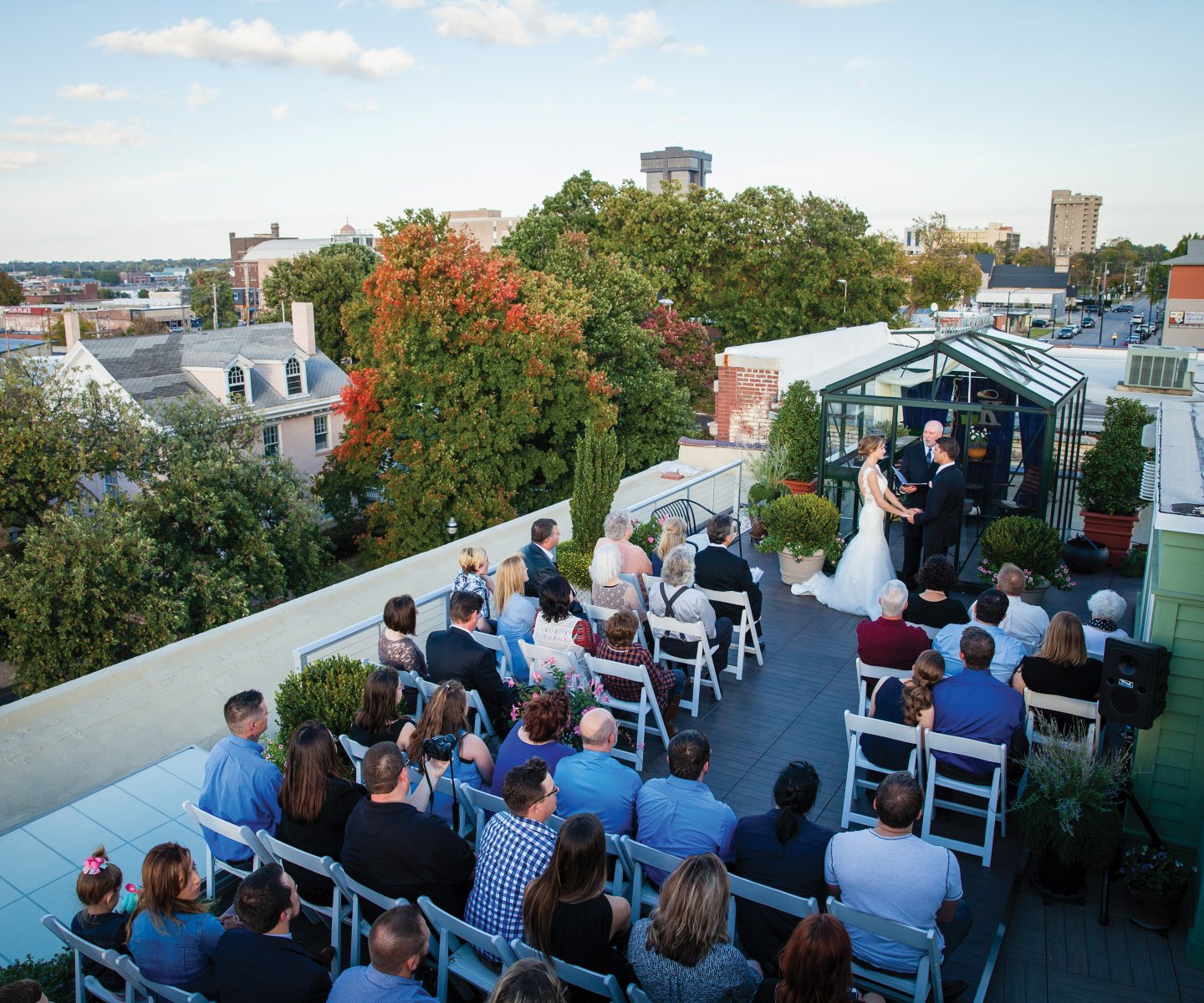 Photo by Cole FennelThe simple rooftop wedding was held in downtown Springfield, followed by a reception in the loft apartment below. Laura and David opted out of a wedding party to reduce complications and save expense. The couple’s grandmothers, Margie Bray and Peggy Kay, served as witnesses. 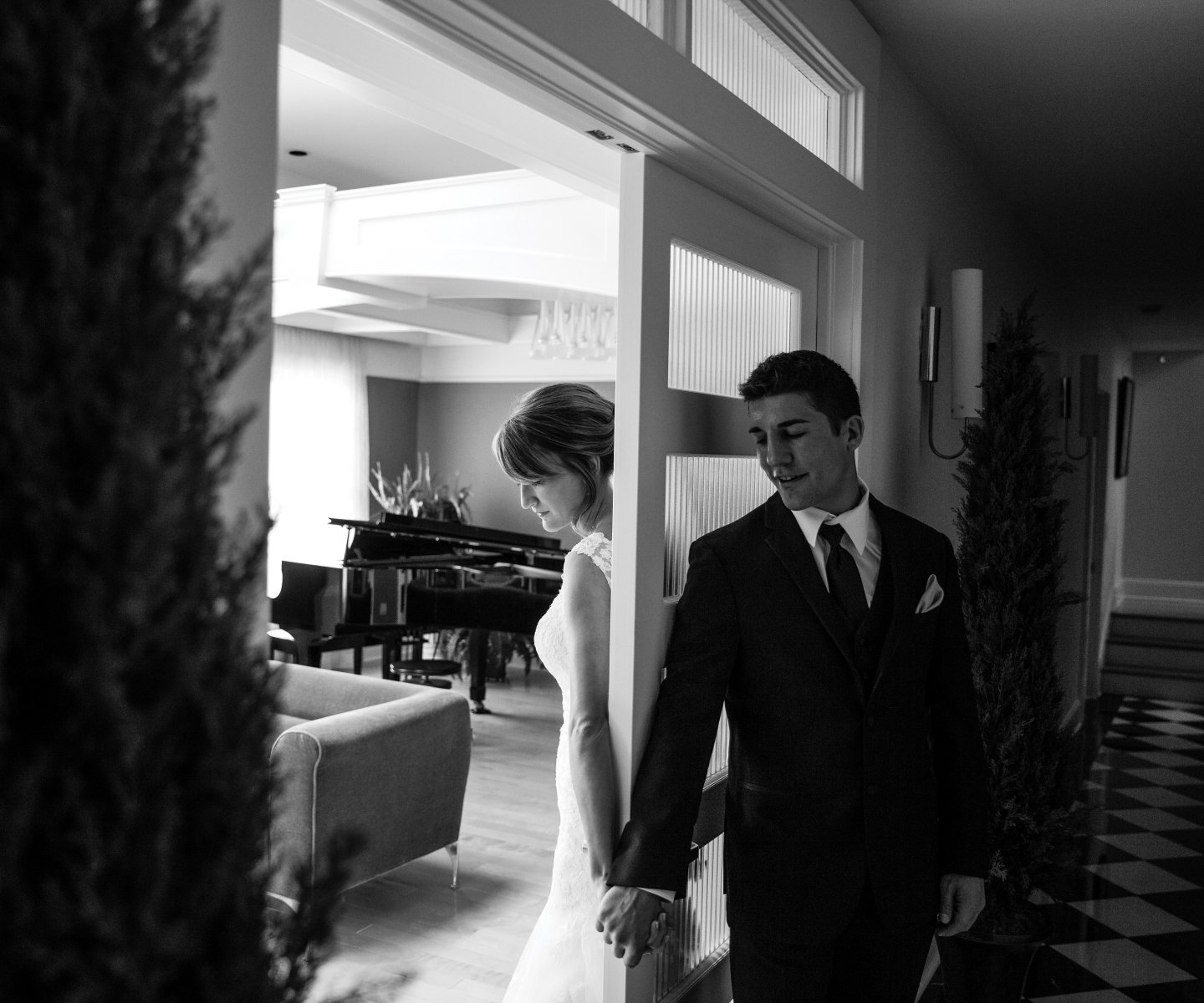 Photo by Cole FennelFaith is important to Laura and David. Before the ceremony, they stood back-to-back at a doorway, holding hands to pray without seeing each other. “It was a special and important moment for the both of us,” Laura says. During the ceremony, the couple tied a figure eight infinity knot to symbolize their enduring commitment and shared passion for climbing. 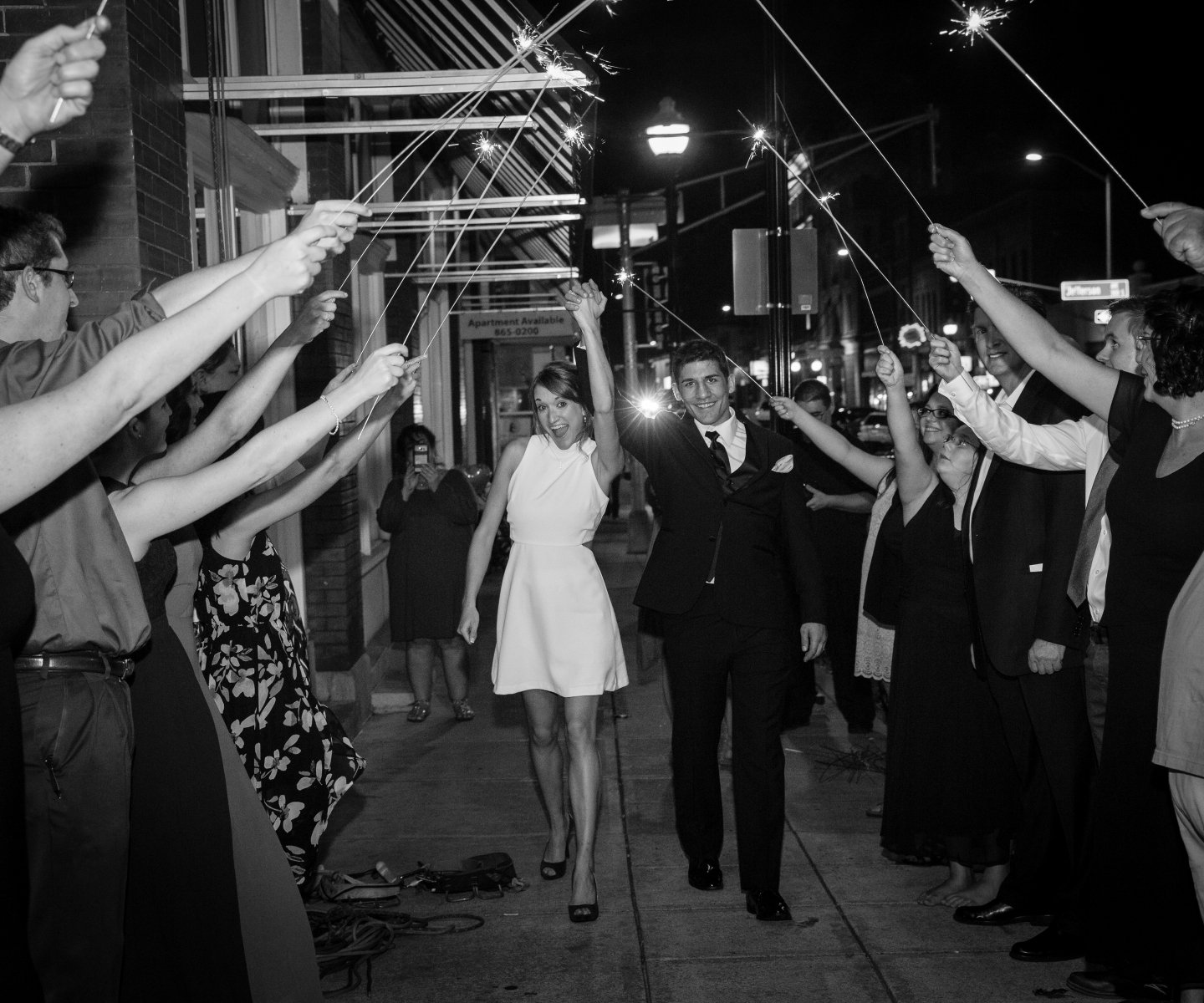 Photo by Cole FennelIt took three weeks to plan the wedding and, other than strong winds whipping off Laura’s veil and a technical problem with music at the ceremony, it went off without a hitch. 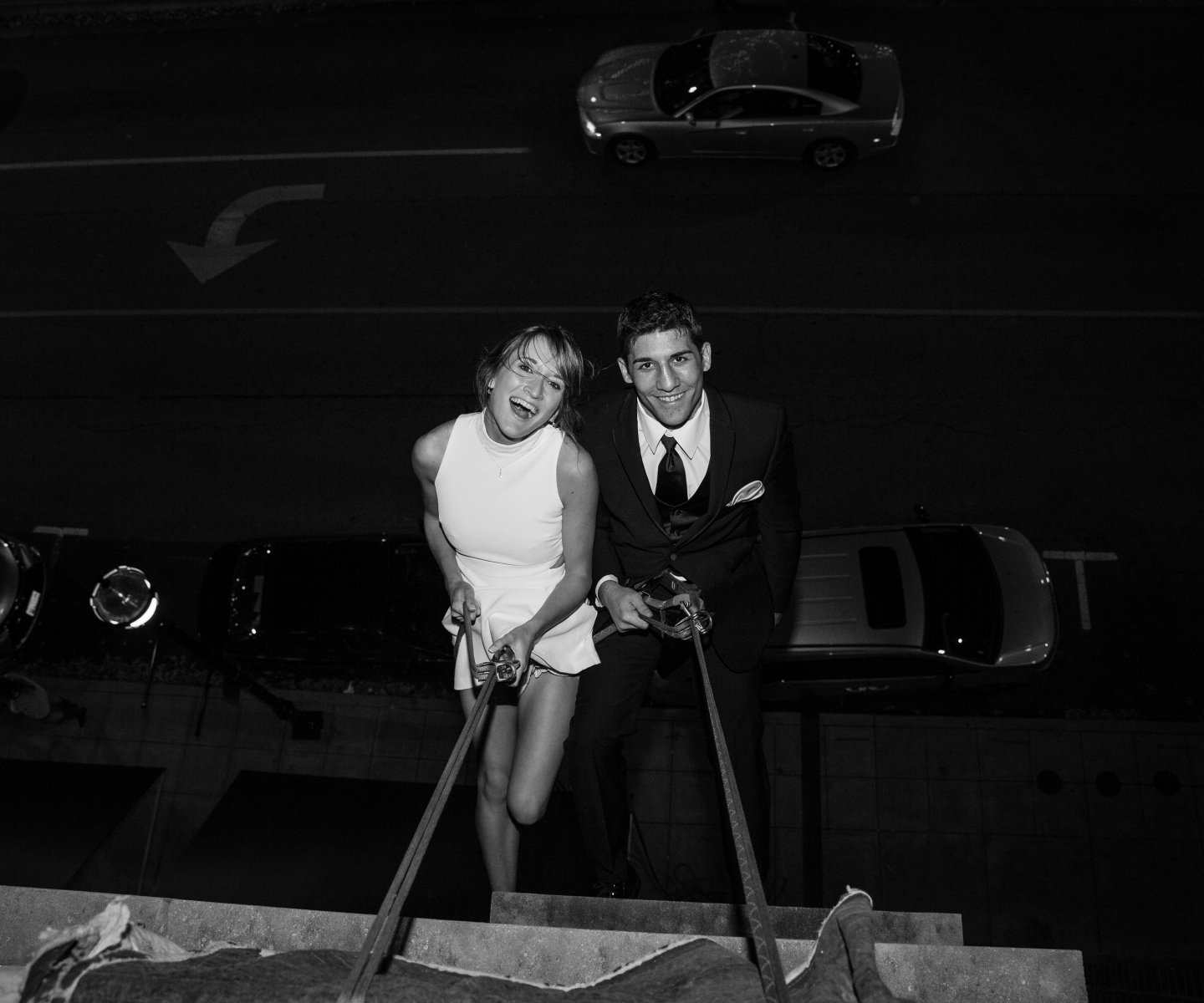 Photo by Cole FennelAfter the reception, Laura and David rappelled from the rooftop while, on the sidewalk below, their unsuspecting guests lined up with sparklers, expecting to see bride and groom come out the door. “It was hilarious,” Laura says. 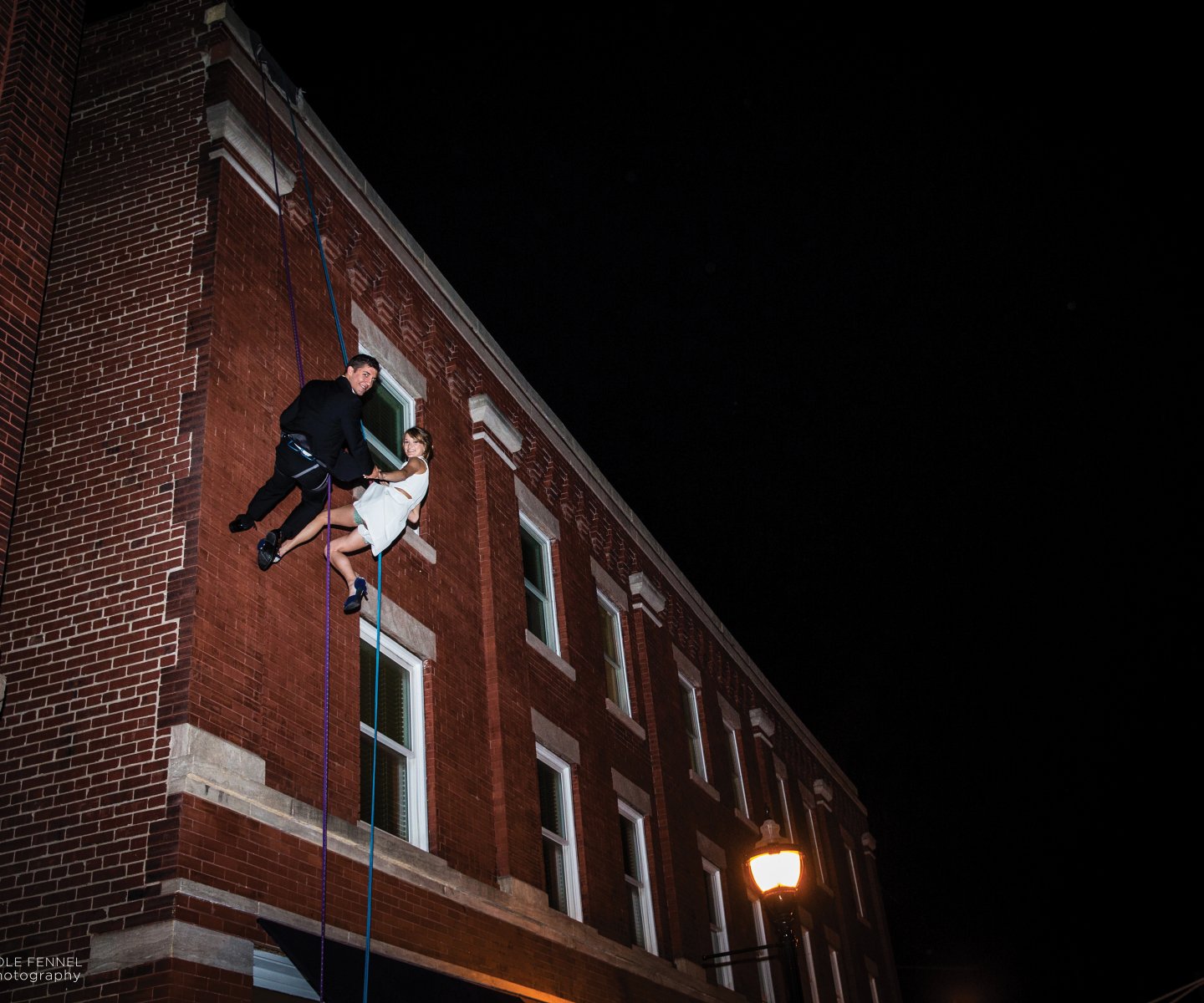 Photo by Cole FennelThe newlyweds paused halfway down for photos, waving to guests who had by this time seen them coming. Laura points out she was wearing shorts under her dress “so I wouldn’t flash everyone,” she says with a grin. She’s especially proud that she rappelled in heels. 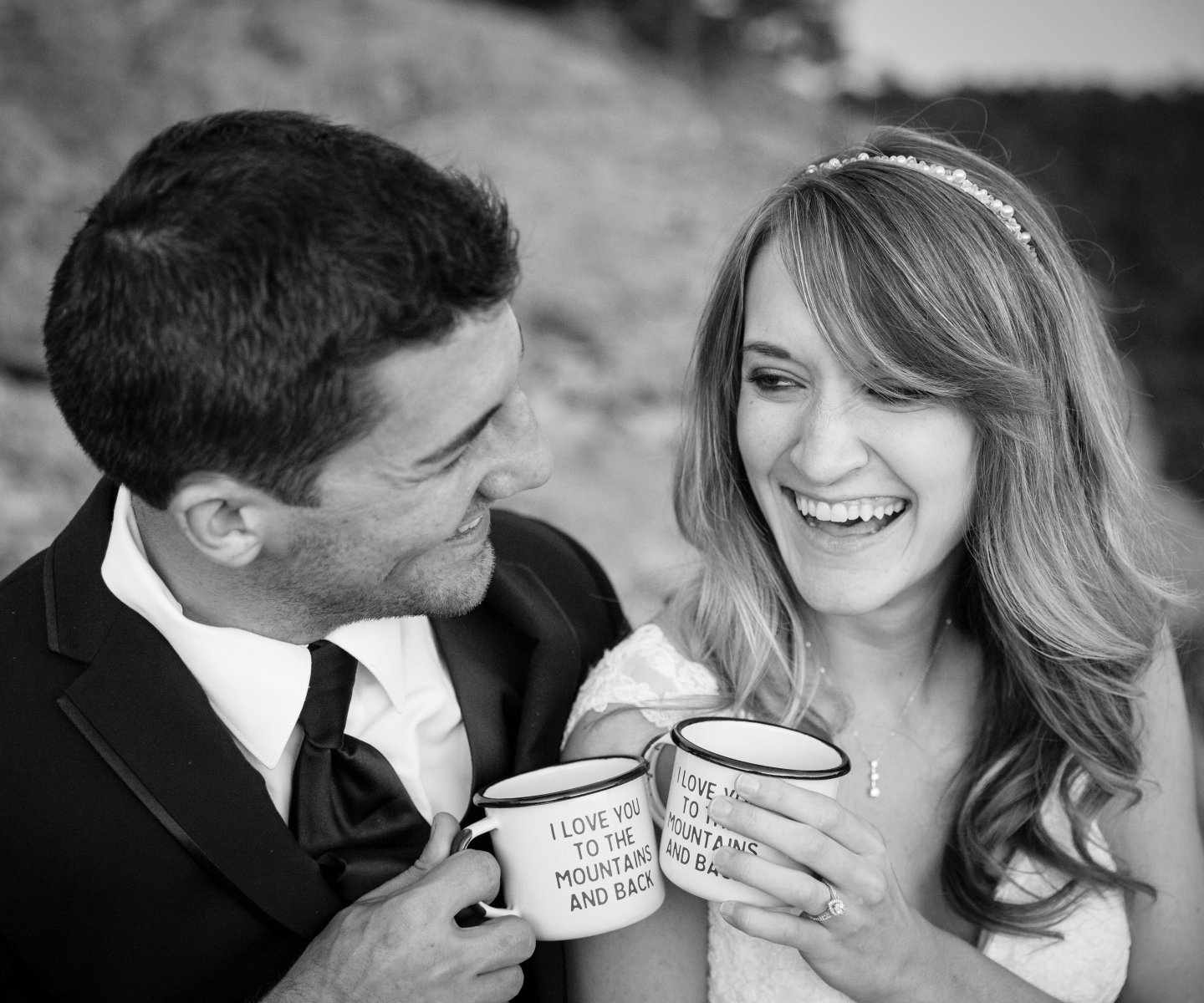 Photo by Cole FennelDavid and Laura Kay toast their happy life. The mugs were a gift from David to Laura. The rings were purchased at The Diamond Family in St. Louis. 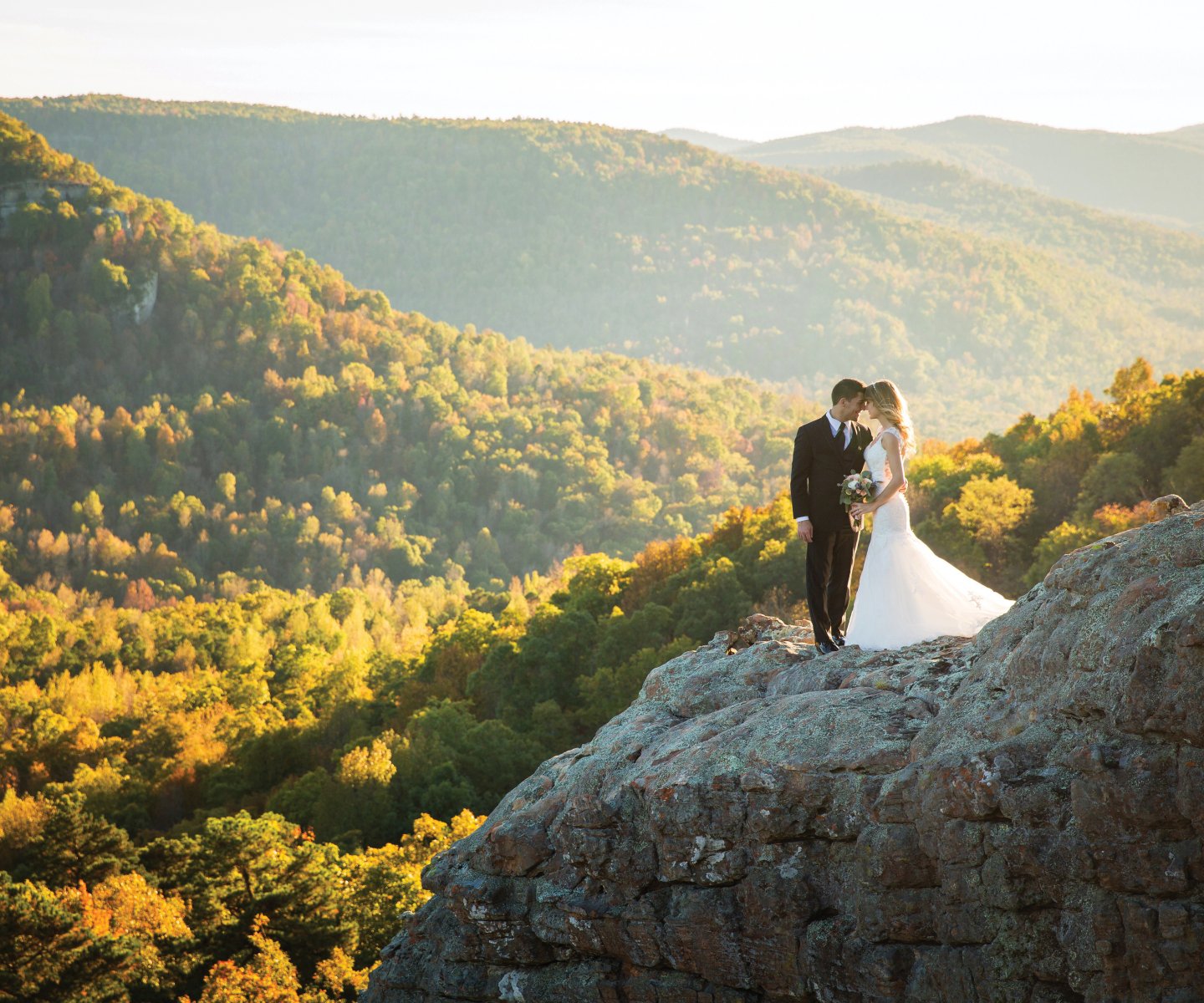 A few weeks after the ceremony, Laura, David and Photographer Cole Fennel, a friend and fellow rock climber, took more wedding photos at Sam’s Throne Recreation Area in Arkansas. Laura says she changed into her dress after ascending to the bluff top, but David climbed in his dress clothes. 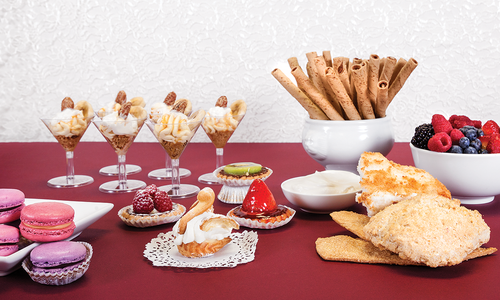 When it’s time to get your sugar fix at the reception, 417-landers are moving away from huge cake slices and shrinking their plates for...